Suzuki Shuzoten, a historic sake brewery in Fukushima, Japan, has used AI (artificial intelligence) to create sake that complements the flavours of different species of fish. 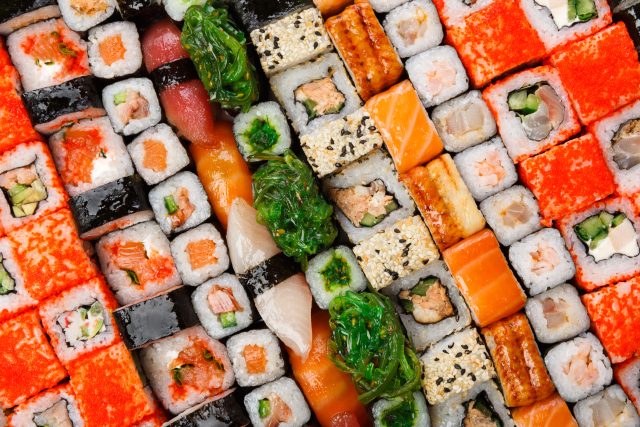 As reported by the Japan Times, brewery president Daisuke Suzuki was encouraged to make the unconventional decision to use technology in this way in light of the earthquake and subsequent nuclear accident that caused devastation to the Fukushima prefecture in 2011. As a result of the disaster, Suzuki Shuzoten, known for its Iwaki Kotobuki brand, was temporarily relocated to Yamagata prefecture.

Suzuki felt that cutting edge technology could help the fishermen of Fukushima: “I want to support the fisheries industry by further promoting the attractiveness of marine products caught in the area.”

He realised that the solution might lie in perfecting pairings: “If flavours that are lacking can be supplemented with sake, it will become possible to better enjoy the taste of locally caught fish…I wanted to make sake that is dedicated to each species of fish.”

While some fish, such as mackerel, are oily and have an intense ‘fishy’ flavour, others, such as flat fish, are more delicate and have a slight sweetness to them. Given the multitude of possible flavour profiles of sake, there is no single pairing that is ideal with every species.

Using a taste sensor developed by Aissy, a research company based in Tokyo, that maps out the salty, umami, sweet, bitter and sour tastes of a dish/ingredient, Suzuki began to explore the possible applications for his sake back in 2020. Following extensive consumer testing, he now believes that he has cracked the formula for deciphering which flavours work with which, and how to brew a sake to suit.

Over the course of the coming year, eight sakes, each tailored to the flavour of different fish, from anglerfish to sea bass, will be released by the brewery.

The idea could catch on elsewhere in Japan, given the popularity of seafood in the country. It is estimated that the average Japanese person consumed 23.4kg of fish and seafood and approximately four litres of refined sake in 2020.

In related news: sake brewer Asahi Shuzo will be opening a plant in New York state.