Can TV and film influence what we’re drinking? There is compelling evidence to suggest that’s the case. After all, everyone and their uncle hated Merlot after Sideways hit theatres, and cult classic Lost in Translation put Suntory whisky back on the map. It’s no wonder companies are investing in product placement more than ever before. 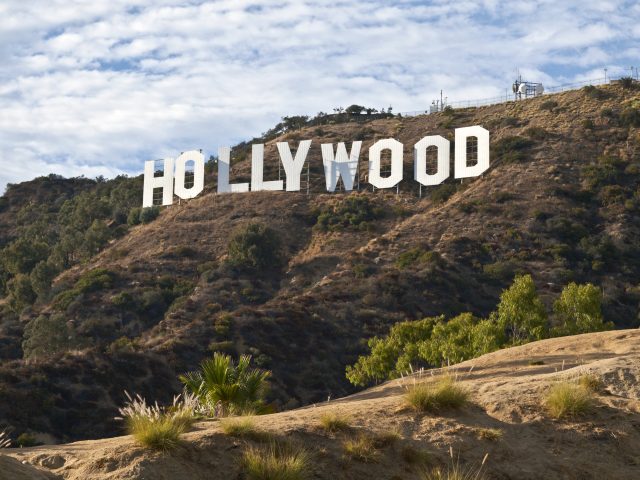 In fact, one researcher has claimed that most alcohol depiction in films today is likely to be product placement. In a study of over 2,000 films from a twenty-year period, the most frequently seen brands were Budweiser, Miller and Heineken. Apparently, beer companies have been especially busy pushing their product on the big screen.

Many don’t disclose these partnerships, but it’s often tempting to think that a product is being marketed to the audience. Here are five times that beer brands have featured in your favourite Hollywood blockbusters.

Top Gun: Maverick was a blast of nostalgia for audiences who first watched Tom Cruise as the rebellious fighter pilot in 1986. In fact, director Joseph Kosinski included several call backs to the OG Top Gun, repeating classic lines and shooting near identical flight sequences. However, the similarities did not end there as Budweiser made a cameo in both the original and its 2022 sequel.

Thanks to many bar scenes in the first movie, Cruise and his all-American buddies are seen swigging bottles of the red-labelled lager for over four minutes of screen time. The cringeworthy line “I’m going to need a beer to put these flames out” may be enough to put you off your pint, but this product placement was worth $2.6 million during its theatrical run.

In comparison, Maverick features the Budweiser brand for around two and a half minutes of screen time in the form of bottles, beer taps, cups and boxes. Interestingly, the brewers’ sales by volume sky-rocketed in 2002, increasing 2.1 million barrels or 2.1% over 2001. Anheuser-Busch reported that net sales increased 7% in the fourth quarter and 5% for the entire year.

Red Stripe and The Firm

Often marketed as the world’s ‘coolest’ beer, Red Stripe was the second pale lager to be promoted on screen by leading Hollywood actor Tom Cruise. Adapted from a John Grisham thriller of the same name, The Firm advertised a whole refrigerator full of the iconic stubby brown bottles to its 1993 audience.

BusinessWeek reported that within a month of the film’s release, Red Stripe sales in the United States increased by more than 50%. Only a few weeks later, the company sold a majority stake in the brewery for $62 million to Guinness Brewing Worldwide. Here’s your Grisham-esque plot twist— they later became Diageo, the global leader in premium alcoholic beverages. Since then, international distribution of this famous Jamaican-brewed beer has significantly increased.

Considering it was aimed at a younger audience, there is one bizarre moment of product placement in the 2002 Spider-Man movie. In an action-packed scene, the web-slinging superhero conveniently lands next to a giant logo for Carlsberg Beer on the side of a passing lorry.

Hm… our Spidey-Senses are tingling here.

Director Sam Raimi cleverly ensured that the Danish brewers’ name took up a good portion of the screen for maximum effect. In fairness, there would have been some legal adults in the theatre due to its 12A rating. Overall, it was a busy year for Carlsberg who upped their sales by 6% from 2001 and became a £30 million sponsorship partner of the Football Association.

Transformers has featured more than 200 brands over the course of the franchise, and Age of Extinction was a(n optimus) prime example of marketing overkill. Hilariously dubbed “Age of the Product Placement” by The Times and ruthlessly mocked on Twitter, many viewers claimed the fourth instalment was essentially one big feature-length advertisement.

It’s no wonder Anheuser-Busch wanted in on the Autobot action however, as the 2013 film grossed $1 billion worldwide. This means over 125 million people saw Mark Wahlberg crash his spaceship into the side of a Bud Light truck, creating a huge spill of the refreshing American-style lager. Naturally, he helps himself— an alien war is the perfect time for a cold one.

In 2013, Bud Light was the top-selling beer in the United States and overtook Budweiser for the first time as the world’s third biggest beer by volume. In fact, Bud Light sold over 290 million cases in the U.S. overall, or approximately 20% of all beer sales. However, it’s unlikely that an appearance in this box-office failure was the reason behind their mega(tron) growth. The brewer’s many marketing campaigns that year included the successful Bud Light Music First’s 50/50/1 event in partnership with LiveNation.

Bond fans were shaken, not stirred when Daniel Craig swapped out his signature Martini for a bottle of Heineken in 2012. The Dutch brewers reportedly paid $45 million for the product placement in Skyfall, which has helped to position the beer as a premium beverage.

“Everyone is free to have an opinion, but the fact is that Bond is a drinker,” said Hans Erik Tuijt, director of Heineken’s global sponsorship. The literary character has been known to order the occasional beer in Ian Fleming’s famous series, typically favouring pale lagers including Löwenbräu, Miller High Life and Red Stripe.

Whilst Heineken has enjoyed a partnership with the 007 franchise since 1997, Skyfall was the first time the international spy had sipped one on screen. That year, the brewers’ sales volumes increased by 5.3% and like-for-like volumes went up by 3.7% in Western Europe.