Brewdog CEO and co-founder James Watt has said he paid out close to £500,000 in a row over a “misleading” promotion that offered people the chance to find “solid gold” cans hidden inside cases. 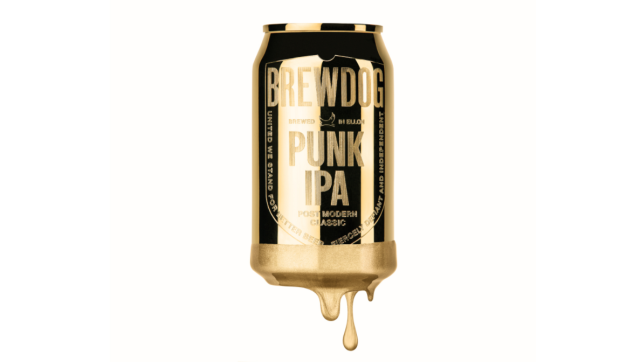 In a post to his LinkedIn profile titled “a £500,000 mistake. Made by me”, Watt said that he had been inspired by Willy Wonka to hide gold cans in cases of Brewdog beer.

However, rather than win the keys to a chocolate factory, some competition winners made complaints about the golden cans, after discovering they were gold-plated rather than “solid gold”.

“I got so carried away in the excitement of the project that I made some costly mistakes,” Mr Watt explained.

“I falsely thought the cans were made from solid gold when they were indeed only gold plated. In my enthusiasm, I had misunderstood the process of how they were made and the initial tweets I sent out told customers of the prospect of finding ‘solid gold cans’”.

When winners subsequently complained to the Advertising Standards Authority (ASA), the watchdog ruled that three adverts were misleading.

“The Gold Can saga was headline news. We were made to look dishonest and disingenuous and we took a real hammering online and in the press. Deservedly so. My initial tweets had been misleading and we deserved the flak”, Mr Watt wrote.

The Brewdog CEO said that he had contacted all 50 winners to offer them the “full cash amount” as an alternative to the prize if they were dissatisfied.

Mr Watt said that he pledged to take this amount out of his own pocket.

He maintained in the LinkedIn post that the £15,000 valuation of the cans was accurate.

In December last year, Brewdog had an advert banned after appearing to suggest that one of its fruity beers could count as “one of your five a day”.

The ASA upheld a complaint made by a recipient of the email.

Brewdog has previously faced criticism from former staff members over its working environment. You can read more about that here.