A “misleading” advert by brewing giant BrewDog has been banned after appearing to suggest that its fruit-flavoured beers could count as “one of your five-a-day”. 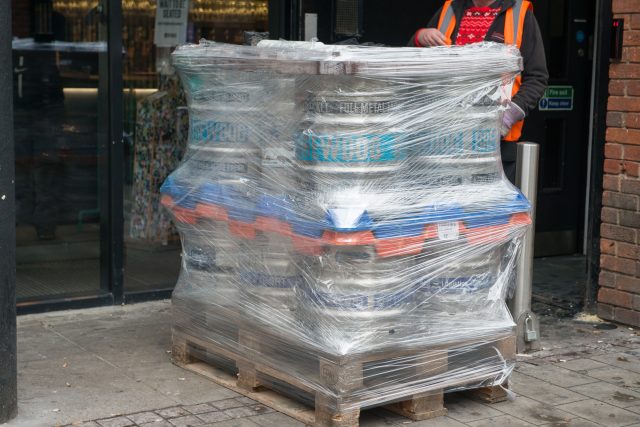 Per news reports, the advert constituted an email sent to customers featuring the subject line “One of your five a day” and promoting fruit-flavoured beers including its Lost In Guava, Pineapple Punch, and Lost In Lychee & Lime expressions.

Government guidelines recommend that people consume five portions of fruit and vegetables per day as part of a healthy lifestyle. This does not include alcoholic beverages, even if they happen to have a high fruit content.

Upholding a complaint made by a recipient of the email, the Advertising Standards Authority (ASA) said:

“The ASA acknowledged that the subject heading ‘one of your five a day’ might be interpreted by some consumers as a humorous nod to the fruit-flavoured beers featured in the body of the email.

“However, because the claim referred to well-known government advice on health and wellbeing, we considered that, in general, consumers would not expect advertisers to include such claims unless the advertised product was recognised as meeting the requirements of that advice.

“We therefore considered consumers were likely to interpret the claim ‘one of your five a day’ to mean that the fruit-flavoured beers in the ad’s body copy counted towards the recommended five daily portions of fruit and vegetables.

“Because alcoholic drinks did not count towards a person’s ‘five a day’, we concluded that the claim was misleading.”

A BrewDog spokesperson said, “We respect the Advertising Standards Authority’s decision and are happy to confirm that beer is not a fruit or a vegetable. We hope that sorts it out”.

And the brewer issued a further response on its Twitter account, posting a picture of a green apple and one of its beers.

“To the one person who was confused and to the ASA team… This is fruit. This is beer. Hope this clears things up.” They wrote.

This is fruit. This is beer.

It was recently announced that BrewDog had lost its B Corp status, less than two years after joining the scheme.

A spokesperson for B Lab, the organisation responsible for awarding B Corp status to ethical companies following a rigorous set of protocols, said “BrewDog is no longer a Certified B Corp.”

It has been rumoured that B Lab was investigating BrewDog following complaints of an unhealthy workplace culture made by former employees.