BrewDog has its B Corp status revoked

In another blow for the craft beer brand, BrewDog has lost its status as a B Corp company, less than two years after joining the scheme. 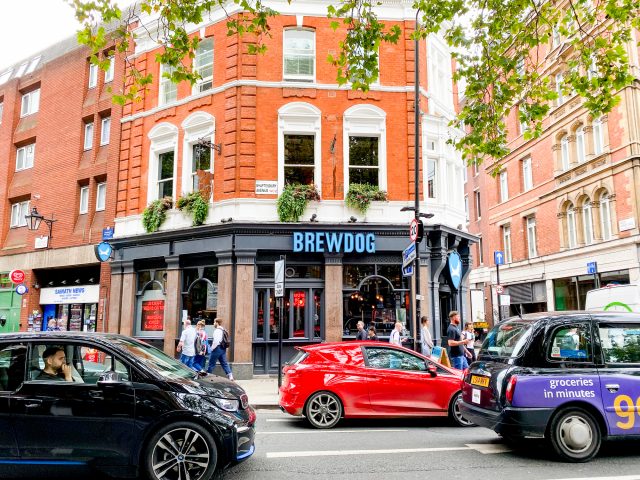 A spokesperson for B Lab, the organisation responsible for awarding B Corp status to ethical companies following a rigorous set of protocols, has revealed that: “BrewDog is no longer a Certified B Corp.”

It has been hotly rumoured that B Lab had been investigating BrewDog following complaints of an unhealthy workplace culture, which would be at odds with B Lab’s holistic approach to sustainability, which includes a strong social and community element.

It is not yet clear whether this is the area of the business which breached B Lab’s strict standards, leading to the withdrawing of the beer giant’s B Corp certification.

On 1 December, BrewDog CEO James Watt sent an internal memo to staff stating: “We have decided to step aside from our B Corp certification for the time being. B Lab had requested additional measures from BrewDog and the BrewDog board decided that these were not something we could do at this time.

“Though we remain committed to the values upheld by B-Lab, we believe our business is currently best served by focusing on the blueprint.”

After initially being granted B Corp status in February 2021, Watt said at the time that he was proud to be joining a “global community of businesses that meet the highest standards of verified social  and environmental performance to help build a better world”.

As the drinks business reported earlier in June 2021, just months after the B Corp status had been awarded, BrewDog began quizzing its staff over allegations of a “toxic” workplace culture.

Sixty employees had signed an open letter detailing negative experiences they had had with the company, including one which read: “Being treated like a human being was sadly not always a given for those working at BrewDog.”

In March of this year, Watt issued a statement on Twitter in response to a BBC documentary on the beer maker, which read: “I accept that fair criticism comes with the territory, but we can’t allow fraud, lies & criminal behaviour to go unchallenged. We remain completely focused on our people & our business.”