Vignerons in the Bordeaux are calling for a second strike on Thursday to highlight the pressures facing winegrowers in the region, as cooperatives meet the French Minister of Agriculture to demand action. 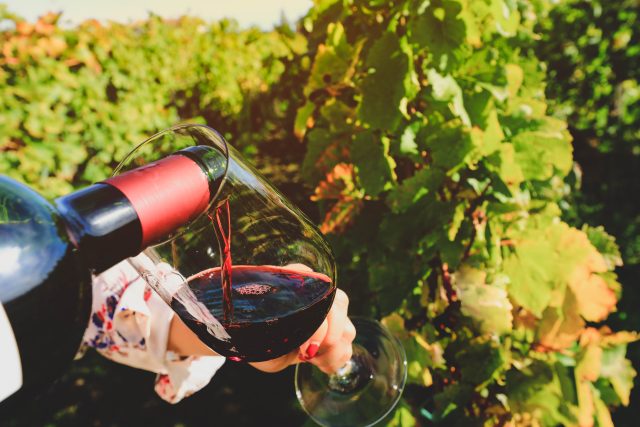 Members of the Departmental Federation of Farmers’ Unions (FDSEA 33) and the Young Farmers (JA) are set to strike outside the prefecture headquarter in central Bordeaux this week to put pressure on the Minister of Agriculture, Marc Fesneau, French wine site Vitisphere has reported.

It follows a strike on 6 December which saw winegrowers demonstrate in the centre of Bordeaux demanding action to help them rebalance supply and demand particularly of generic level wines. According to the organisers, around 1,500 vignerons took part, although the prefecture put the numbers at 700.

The vignerons are demanding financial help for three key areas – the storage of wines that have failed to find buyers, distillation of expired wines and aid to uproot vines, as well as the postponement of loans that were guaranteed by the state but which are now due.

Joël Boueilh, the new president of the Vignerons Coopérateurs de France told a press conference yesterday that vineyards must be adapted to consumer expectations. “We suffer from a lack of understanding of consumer expectations and desires,” he said. “ We have too often reasoned through the eye of production, without worrying about who drinks our wines, when, how: at the table? as an aperitif?”

As reported by Vitisphere, he pointed out that the harvest in 2021 was down by 25% and yet “we didn’t run out of wine”.

“In 2022, we had a normal harvest. And now everyone is wondering what will happen if we produce normally this year,” he was reported as saying.

Boueilh also want a change in the regulations to allow the creation of producer organizations in viticulture, which would allow vignerons to pool resources.

Currently growers are not allowed to be compensated for grubbing up vines, and they are not allowed to let their land go fallow or convert to other uses, but they want the EU and French government to fund this.  The new head of the CIVB Allan Sichel said he supported the controversial vine-pull scheme, calling on the government for financial support to grub up 10% of the region’s vineyards.

However however some of the Vignerons cooperative fear that this may weaken the producers and vineyards left behind and cost small designations their visibility on the market.

Earlier this week, a survey by the Gironde Chamber of Agriculture found that one out of every four winegrowers said that they were “in difficulty”, with 25% wanting to grub up their vines and move to farming products such as olives and hazelnuts, Vitisphere reported.

The census was set up to find out the the extent of the crisis affecting the Bordeaux vineyard following the demonstrations in December, a press release from the Chamber of Agriculture said.

“The department has around 4,000 operators whose main activity is viticulture. 1320 respondents declared themselves in difficulty,” Thierry Mazet, director general of the Gironde Chamber of Agriculture was reported as saying.