The new head of Bordeaux’ trade body, Allan Sichel, has lent his support to the controversial vine-pull scheme favoured by his predecessor and called on the government for financial support to grub up 10% of the region’s vineyards, ahead of a major protest by winegrowers this week, it has been reported. 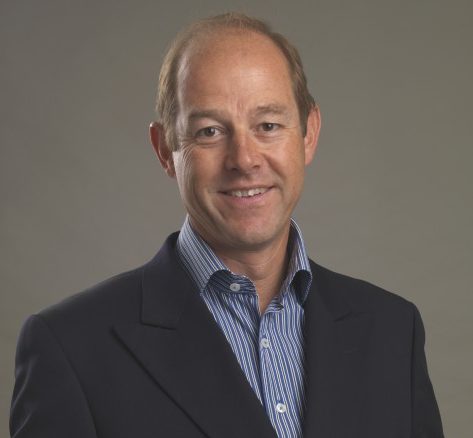 The measure, which is designed to rebalance the Bordeaux market and correct over-production of generic level wines, was advocated by the previous chairman, vigneron Bernard Farges of Chateau de l’Enclos who wanted to use EU money to do fund the move (currently the EU forbids the use of public money for grubbing-up schemes).

It had been believed that Sichel, a négociant and manager of Maison Sichel, who was elected to the rotating presidency of the Conseil Interprofessionnel du vin de Bordeaux (CIVB) in July, was not in favour of the move. In his inaugural speech to the CIVB, he had argued that the most important subject for the sector was its marketing volume, advocating marketing and promotional tools to boost sales, and saying it was up to Bordeaux producers to “resuscitate the attractiveness of our wines”.

However, in an interview with French newspaper Sud Ouest – as reported by Wine-Searcher – Sichel addressed the vine-pull scheme directly, pointing out that “10%of the trade is doing badly: 10% of production, 10% of the vineyards and 10% of vignerons are in very severe difficulty”. This represented “500 winegrowers who are desperate and without hope”, he added.

Sichel told Sud-Ouest that growers were coming to the end of their career with no prospect of selling up, leading to vines being abandoned. “We’re even seeing free tenant farming being abandoned,” he said. “It’s dramatic – there is complete disarray.”

He argued that there were a number of contributing factors, from climate change to the macro-economic backdrop which has seen inflation and soaring costs of dry goods, as well as the impact from the downturn in the Chinese market and falling demand for red wine among French consumers.

“We are at 4 million hectoliters marketed – and we will not go back up –, while “normal” production is 4.3 million on average,” he told the French newspaper.

The cost of simply pulling vines without replacing them with anything and without compensation would cost growers around €2,000 per hectare, he said, pointing out that growers are not allowed to let their land go fallow.  “For those who are shutting up shop, the bonus would work like a ‘national social plan’,” he said.

He wants the French government to provide financial help to grub-up 10,000 hectares of vineyard – or around 10% of the region’s vineyards, with subsidies set at €10,000 per hectare, amounting to €100 million for the total area. As  Wine-Searcher pointed out, there was a previous EU-funded uprooting scheme back in 2006 (before the EU changed its policy), in which growers received a subsidy of €15,000 per hectare to convert their holdings.

Sichel’s remarks came ahead of a major protest in the region on 6 December – the largest in nearly a quarter of a century –the which will see local vignerons demanding changes to the existing rules or a solution to be found. Currently growers are not allowed to be compensated for grubbing up vines, and they are not allowed to let their land go fallow or convert to other uses.

Sud-Ouest reported one producer from Entre-deux-Mers telling APF “We are slowly dying,” , while another called it “an emergency”. “We need a social plan!” he was reported as saying.