Are NFTs the future of the premium drinks market?

BlockBar, the world’s first direct-to-consumer non-fungible token (NFT) marketplace for wine and spirits, is using blockchain technology to cause a stir in the drinks sector. db spoke with the company’s founders to find out more. 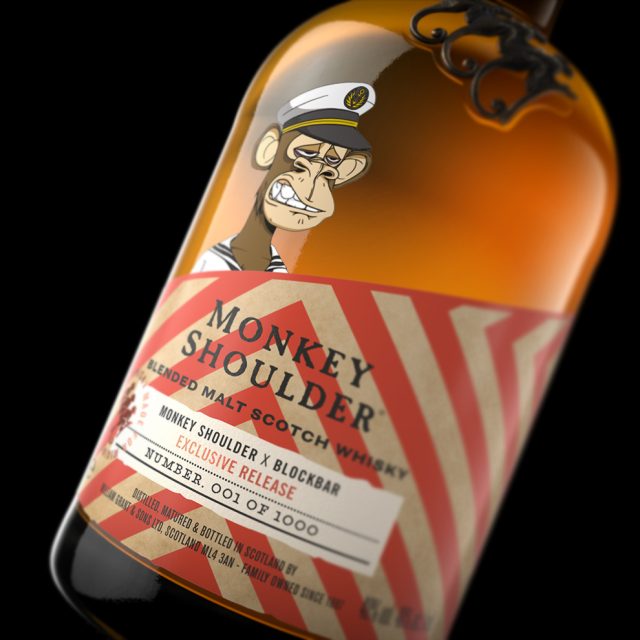 Cousins Sam and Dov Falic worked extensively with their family in the duty-free alcohol business, experience which gave them insights into what Sam described as a “gaping hole where the supplier doesn’t have any information on their consumer and the consumer has no access to the supplier.”

“The liquor industry has three main problems,” Dov explained. “Authenticity, proof of ownership, and the resale market – the secondary market for wine and spirits is extremely complex.”

It was these issues that prompted them to seek what Sam described as “a simpler, easier way to do business” and found BlockBar in October 2021. For them, the solution to the trio of problems they saw in the industry was NFTs. While some might think of images of ‘Bored Apes’ as the be-all and end-all of NFTs, there’s more to them than that, as Samuel explained: “The very easy to way understand an NFT is it is a unique, one-off asset where ownership and authenticity is publicly provable on a public digital ledger, and that’s what’s called the blockchain. So, in very simple terms, anybody anywhere can go online and see who owns what, and it really gives more accountability to someone who owns an asset.”

In the case of BlockBar, the customer makes their purchase, and their bottle is then stored in a facility in Singapore until they wish to redeem it – the NFT serves as a digital certificate to prove that they are the rightful owner. Within a year of launching, there more than 300,000 BlockBar users, and there had been US$7 million of sales, including a US$226,000 investment in a bottle of Hennessy 8.

According to Dov, BlockBar has been a democratising force, opening up the premium drinks market to a younger, tech-savvy of cohort: “More than 80% of our customers are 25 to 34-years-old, which is encouraging because it means that we’re really expanding that market. It’s a demographic that most companies try to get to, especially on the high-end side where the collectors are usually much older, but we’re also looking to expand into the older demographic as well.”

In addition to broadening the age range, Dov suggested that the platform had prevented geography from being an obstacle: “Our belief is you don’t have to be in a physical place to be able to actually purchase something – for us the world is already digital.”  Indeed, so far BlockBar has had customers from “everywhere, from Latin America to Asia”, according to Dov, who noted that Cognac tends to generate interest in Asia, whereas Bourbon (perhaps unsurprisingly) does well in the US.

BlockBar isn’t just getting the attention of prospective buyers – brands also see potential in the platform. Among those to have released products on it are Johnnie Walker, Penfolds and Perrier-Jouët. Sourcing bottles directly from these brands helps to minimise the risk of counterfeiting.

But the sudden boom in NFTs has been met with some criticism and scepticism, particularly in light of last summer’s crypto crash (though BlockBar holds nothing in crypto). When some of these concerns about digitising drinks sales were posed, Dov responded: “The whole point of what we’re doing is that you own the actual bottle. The difference here is you have the right to choose when to redeem it or sell it without having to touch it. Not everybody has the luxury of living in a house with a cellar, and a lot of people are scared insurance-wise to collect it.”

Instead, Dov argued that far from being a passing fad, NFTs provide a long-term solution to long-standing problems: “We don’t want to be anything gimmicky, anything that’s marketing-related. If someone wants a regular vodka or Tequila, they can buy it from the shelf and consume it right away – that’s not where we play.”

Dov said that there were no plans to slow down BlockBar’s expansion drive, particularly with its wine offering: “In the wine business, everything takes a little bit longer [as opposed to spirits], it’s more of a traditional business, but we’re starting to make great strides there.”

Whether NFTs come to dominate the secondary market for wine and spirits remains to be seen – but there is clearly a demand for platforms such as BlockBar from a new generation of aspiring investors and collectors. Dov suggested that competition from other emerging direct-to-consumer channels would be a positive thing: “The more people that understand this, the fewer critics there will be. It will bring more people into this environment.”