Spring frosts and summer hail were key markers of the 2022 growing season in the Languedoc, creating uncertainty among growers. But despite climatic challenges, the vintage is set to be “the best since 2011”, one producer has said. 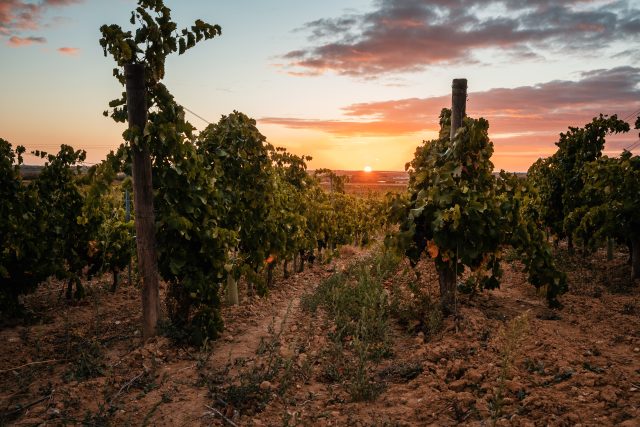 Extreme weather patterns have become commonplace in the Languedoc region of France. In 2022, frosts in April were followed by hail in June, sparking fear among growers.

But with the harvest completed and the grapes now safely in the wineries, producers are beginning to breathe a sigh of relief.

As the summer began, sunshine and wind reduced the risk of disease, and some grape varieties made rapid progress which led to an early start to harvesting. For the first time, some Languedoc winegrowers began picking grapes in July.

Richard Planas, director of Gérard Bertrand estates, said the 69 days of harvest experienced by the estate was “unheard of”.

Planas said: “This year, we picked grapes from August 11 to October 19. The early-ripening whites were ahead of schedule as were the reds but this slowed and then disappeared completely for the reds. It rained in mid-August and at the beginning of September, which polished the tannins and the polyphenols. The weather from then on was idyllic, allowing us to wait until peak ripeness was reached with no concerns at all. The result is an outstanding vintage, the best since 2011, at least.”

Marie Corbel, head of the CIVL’s technical department, called the first wines of the vintage “bright, vibrant and exhilarating”.

“The reason for this is that the levels of ripeness promoted quick, easy extractions for the reds, culminating in an explosion of fruits and silky tannins on the palate. Aromatics dominate in the whites, with great density. The rosés follow the same tendency, reaching unusually high levels of expressiveness,” she said.

The Languedoc 2022 vintage offers promise for the future of the region’s wines, despite the challenge of rising production costs which continue to cause concern.