Top 10 wines from the AOP Languedoc

The Languedoc region of southern France is a hotbed of exciting wine production. Here, Patrick Schmitt MW explains why, and highlights 10 wines in the AOP Languedoc appellation to look out for. 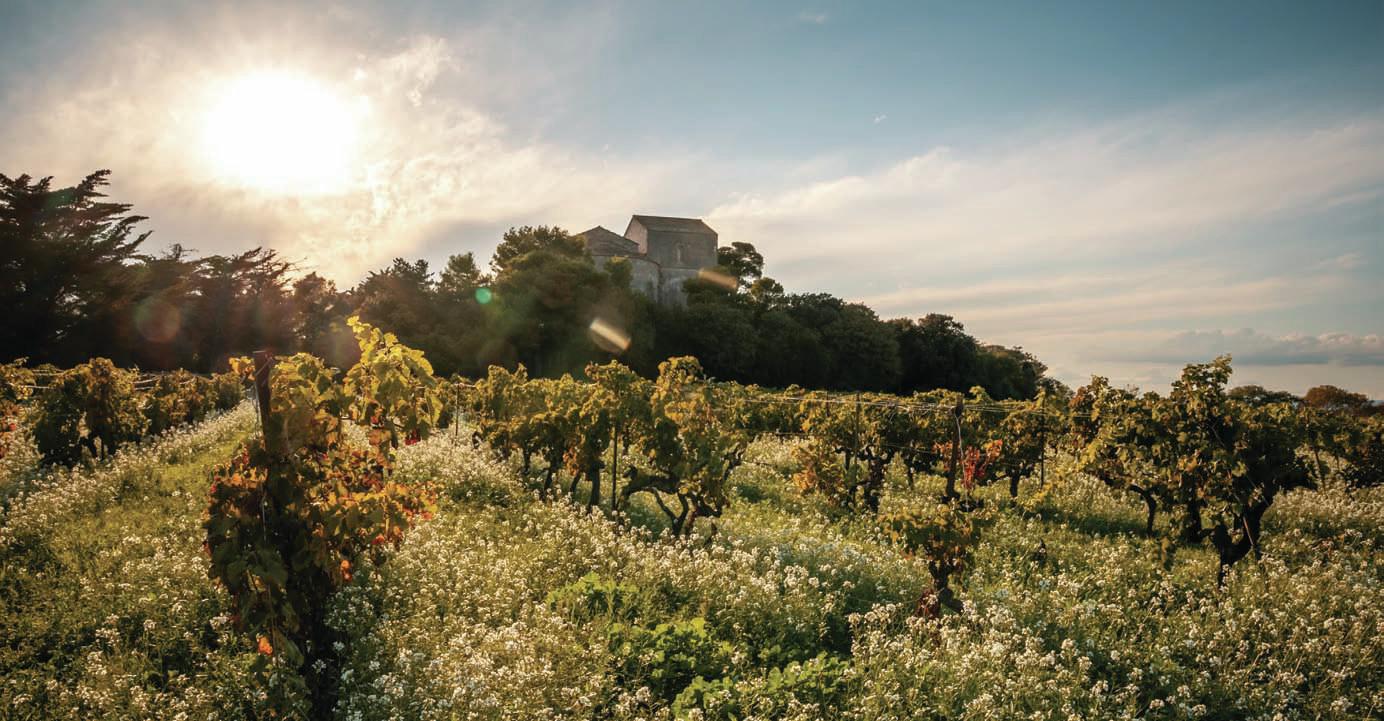 AOP LANGUEDOC is celebrating 15 years since it was founded as a regional appellation, in 2007. Although an ancient area, the wine-producing Languedoc region of today is a relatively recent construct, replacing Côteaux du Languedoc, and incorporating landscapes between Nîmes and Perpignan.

Taking its name from the area where Occitan was spoken, making it the lange d’Oc, this historic wine-producing part of southern France has become known for ripe and juicy structured red wines of reliable quality and relative affordability. But there’s so much more to the AOP Languedoc than that. The largest output is rosé, accounting for 60% of the region’s 300,000hl annual production, with the rest split between red (30%) and white (10%). It’s the latter that’s undergoing a particular surge in demand, as more consumers discover the delights of the whites from this part of France.

Whatever the colour, key to the wines of the region appellation are their freshness – despite the southerly location. Such brightness stems from the Languedoc’s positioning between the mountains and the Mediterranean sea – two natural features that bring a cooling influence to the vines that lie for much of the growing season under clear, sunny skies.

The wines of AOP Languedoc are blends: the whites employ a mix of grapes, from Grenache Blanc to Bourboulenc, along with Roussanne, Marsanne, Rolle, Viognier and Piquepoul. The reds and rosés are primarily made with a combination of Grenache, Syrah, Carignan, Mourvèdre, and Cinsault.

Further interest stems from the range of sites used to make wines from this part of France, where there is such variation in altitude and aspect, soil depth and rock type. Also, the people who inhabit the oldest wine-growing region in France, are innovative and open-minded, as well as enthusiastic and talented. As leading winemaker Gérard Bertrand says of working there: “Here you feel like a bird flying high, because you don’t have the weight of centuries of tradition; we are writing the story of the region.”

After a recent visit and several tastings, I have picked out 10 bottles that brilliantly represent what the Languedoc does best.

A delicious, full-bodied white wine from the brilliant, biodynamic Château de Lascaux, also a producer of Pic Saint Loup. A blend of five grapes, primarily Vermentino (Rolle), but also Marsanne, Rousanne, Grenache Blanc, and Viognier, this complex blanc has notes of pear and peach, a touch of orange blossom and zesty grapefruit, then bitter lemon, as well as a hint of dried herbs. Despite its oily mid-palate, it finishes fresh, with a chalk-dust-like dryness, and is just 13% ABV.

Hailing from the first-rate cooperative Cellier des Demoiselles is this bone-dry pale salmon pink Languedoc rosé. Wonderfully refreshing, it’s just 12% ABV, but employs equal proportions of Grenache and Cinsault to yield a wine with plenty of peach and pomegranate flavours, along with a touch of pink grapefruit to add brightness.

This Languedoc pink comes with the backing of rocker Jon Bon Jovi and his son, Jesse, and is crafted by Gérard Bertrand. It’s a brilliant rosé; pretty and pale, with lovely layers of white-fleshed peach and wild strawberry, and a hint of creaminess, followed by a zesty, dry finish, with a lingering note of grapefruit.

A small organic domaine on ‘roquemale’ – meaning bad soil – is the source of an exciting range of delicious wines, including this distinctive rosé, Les Cistes – after the ‘rock rose’. Comprising mainly Grenache from a mix of very old and some younger plots, complemented by Cinsault, it’s an appealing mix of ripe peach and pear, with subtle herbal notes and a chalky-textured finish, providing a dry, fresh sensation to the wine.

Domaines Paul Mas makes plenty of lovely pink wines from Languedoc, but it’s the flagship Château Paul Mas from the Lieu-dit Nicole that provides the high point for quality. Just 10,000 bottles are made of this organically farmed Grenache-dominant rosé, which mixes creamy characters with notes of grilled nuts, ripe whitefleshed peach and pomegranate.

Le Mas rouge is the Languedoc red blend from Clos Aguilem, a small organically farmed estate in the sought-after area of Terrasses du Larzac. Comprising similar proportions of Grenache, Syrah and Carignan, with lesser amounts of Cinsault and Mouvèdre, it incorporates all of the classic grapes of the Languedoc, and the result is a complex and complete red.

The presence of a long-extinct volcano called Malubert in this part of Languedoc-Pézenas explains the name of this special red blend from Domaine de l’Aster, Vitis Basaltica – basalt being a black igneous rock. Using Syrah, along with Grenache and Mouvèdre from soils based on this volcanic material, this wine is powerful and spicy, with plenty of ripe, fleshy red and dark fruit, black olive and cracked pepper.

Félicité is a Languedoc barrel-aged red made using Syrah, Grenache, and Carignan grown on a family owned organic estate called Domaine Monplezy. Notable for its fine texture and pure fruit, it’s a really appealing ripe, fleshy and mouth-watering red, with spice, dry tannin, and layers of flavour, from white pepper and black olive, to dark berry and creamy vanilla, as well as a touch of dried herbs such as bay.

This blockbuster of a bottle demonstrates the power and complexity possible from Syrahdominanted blends in Southern France. Instantly appealing and mouth-filling, there’s rich, fleshy blackcurrant and dark cherry fruit, sweet balsamic, prune, then olive, pepper and plums, even a touch of bay leaf, followed by some cedar and dark chocolate from barrel ageing, along with ripe tannins.