Grocery inflation slows – but prices up £60 on last year

The growth of UK grocery inflation has slowed slightly in the run up to Christmas, the latest data from Kantar has found, with sales also up – although consumers are still paying £60 more than last year for the same items. 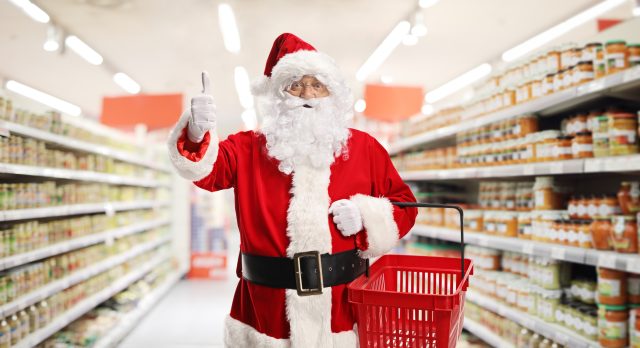 The rate of grocery price inflation had eased by 0.1 percentage points – the first time it had dipped in nearly two years, the retail analyst said – and stands at 14.6% over the last four weeks.

However Fraser McKevitt, head of retail and consumer insight at Kantar, said that grocery inflation still had a long way to come down based on the current rate, pointing out that shoppers will have to spend an extra £60 in December to buy the same items as last year.

Although December looks set to be a record-breaking month with sales going above the £12 billion mark for the first time, he said there was evidence that shoppers were adopting “coping strategies” to mitigate rising costs.

People are also visiting the supermarket more McKevitt added, as consumers behaviour returns to pre-Covid levels. : “Households went grocery shopping more than 48 times in the 12 weeks to 27 November, that’s the highest frequency we’ve recorded since April 2020.  This is largely about the gradual return to pre-COVID behaviours – something we’ve been following for many months,” he said.

However so far there’s been limited impact from the World Cup – the slight uplift in beer sales  (5%) in the first week of the tournament has been attributed to increased prices, as people head to the pub to watch the game – something that wasn’t possible during the pandemic.

Meanwhile the discounters continued to see growth, with year-on-year sales at Lidl up 22.0%, while Aldi saw sales up 24.4%. Market share of the two retailers hit a record 7.4% and 9.3% respectively.

Convenience retailer Co-op achieved a 6% share of the market, with Iceland’s sales up 6.1%, while Waitrose’s sales fell by 1.8%.  Ocado’s market share fell slightly (down 1.7%) as sales declined in the South East and London, but it reach grew in northern England.