Could Champagne be the next big hit for Kylie Minogue?

During a recent interview with the drinks business, Pop Princess Kylie Minogue revealed that she’s got her eye on adding a Champagne to her expanding wine range, which now includes an alcohol-free pink fizz. 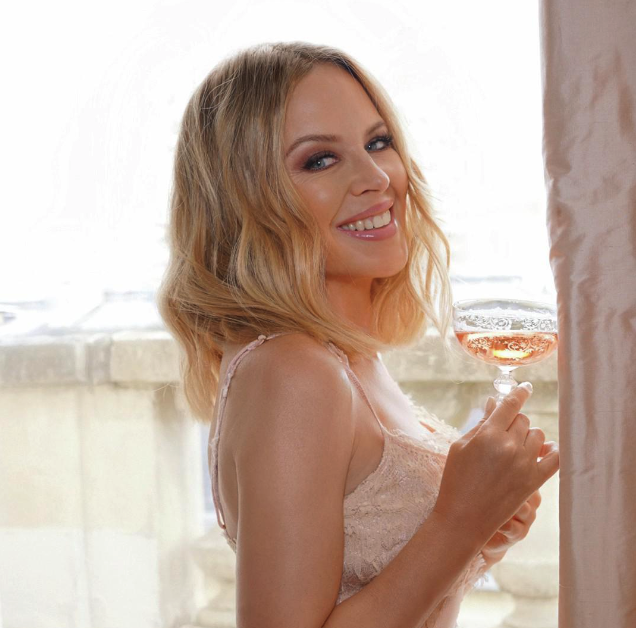 Kylie Minogue Wines has been an astonishing early success. The brand, which launched its first expression, a rosé, during lockdown, has developed into an eight-strong range, with a presence in 21 countries and off-trade sales of £21.6 million a year.

In her interview with the drinks business, Kylie touched on many subjects – including her initial trepidation upon entering the wine industry.

“I was quite nervous about entering the industry, as I didn’t want to upset anyone, or for anyone to feel like I was gatecrashing, but people have been very supportive of me and the range,” she revealed.

“The more I learn about wine the more I realise there is to learn,” she added. “It’s been pretty daunting at times, but I’ve been welcomed by the industry with open arms. I don’t know how long I’ll say I’m a beginner in wine, but it will be a while”.

Kylie’s alcohol-free pink fizz launched in Tesco stores this October, the 0% sparkling rosé clocking in at just 22 calories per 100ml and priced at £7 per bottle.

But with more retailers set to stock the sparkling rosé from January, what could be next for one of the biggest recent success stories in wine?

Kylie told us that she would love to add a Champagne to her portfolio in the future, and by the sounds of it, it’s something she has already given serious thought to.

“A pink Champagne would be amazing, obviously. It’s the longest conversation Paul and I have had. We’re exploring our options right now, as it all comes down to finding the right partner,” she revealed.

According to Nielsen data released this summer, volume sales of Kylie Minogue Wines were up a remarkable 314.9% – all the more impressive considering the strong start the brand had made.

You can read our interview with Kylie Minogue in full here, taken from the December issue of the drinks business magazine.