From supermarket shelves to fine wine merchants, Argentina has become inextricably linked with Malbec – and that can be both a blessing and a curse. In the first instalment of this two-part article, we discovered that there are several answers to the question ‘what’s next after Malbec?’, including Cabernet Sauvignon, Cabernet Franc, and white and rosé wines. Now it’s time to turn the spotlight back onto Argentina’s emblematic grape variety… 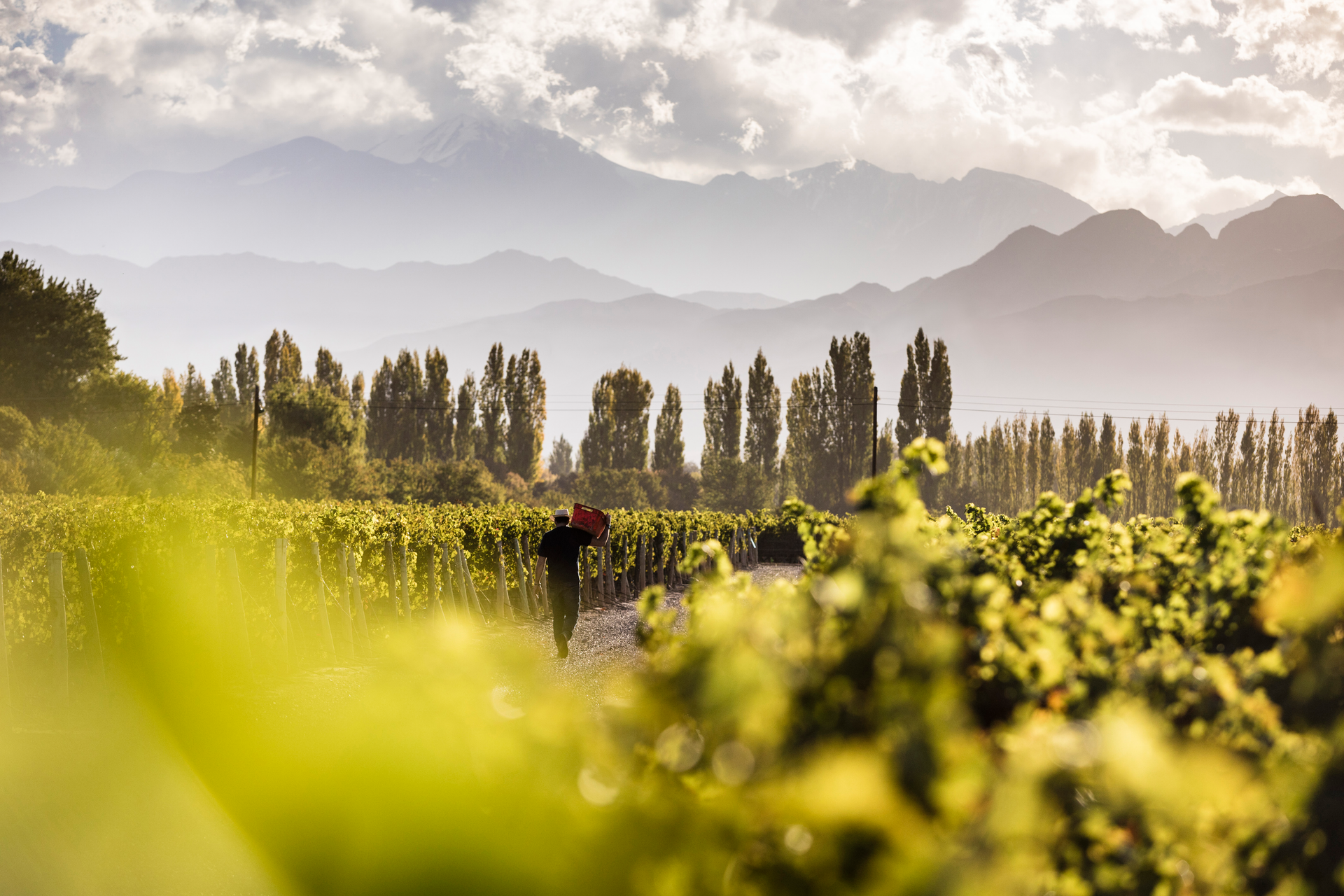 “People are asking: ‘What’s next for Argentina after Malbec – Cabernet, Chardonnay, Torrontés? In the end, it’s Malbec.” Whatever the potential of other grape varieties, Terrazas de los Andes founder Hervé Birnie-Scott can’t resist returning to the cultivar that has done most to elevate the profile of Argentina in the wine world.

In terms of fine wine, however, the conversation is not so much about grape variety as winemaking philosophy and expression of terroir, borne out of a realisation that parts of the country are pretty remarkable places to grow grapes, and make wine. Visit Gualtallary, the coolest (perhaps in every sense) zone in the Uco Valley, and the 13km road that spans it passes through three Winkler regions: climatically, that’s roughly equivalent to travelling from Tuscany to Alsace.

As a result, Chardonnay is planted on the stony/calcareous soils, Torrontés on sandy/calcareous, Malbec on both sandy and sandy/calcareous. “Producers are getting very specific about the places, even within an area that’s already very small like Gualtallary,” explains Ana Lovaglio Balbo, marketing manager at Susana Balbo Wines. “The soils are very poor in organic material, there’s great drainage and lots of stones.”

When producers have gone to such pains to identify and classify their terroir, and used that intelligence to inform the meticulous planting of those vineyards, it seems perverse to bury that distinctive identity beneath lots of extraction and new oak. But, admits Birnie-Scott, that’s exactly what happened in the early years.

“We were following [Robert] Parker and [Michel] Rolland,” he says. “But then, about 10-12 years ago, we realised that we were not true at all to the terroir, so we really switched our style to this fresh taste of the Andes.” 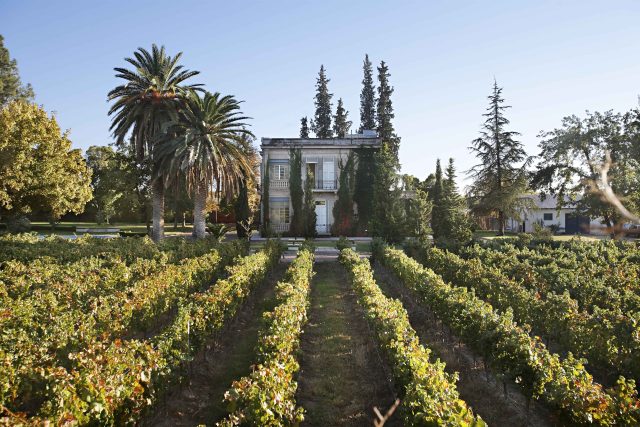 To capture that character, the raw materials have to be right. The cooler parts of the Uco Valley – Gualtallary, Altamira et al – allow for a balanced and synchronised ripening of sugar and skins, says Birnie-Scott. The trick is not to throw that away through the decisions taken at harvest time and in the winery.

So the grapes are now picked more typically in March, not May – three weeks earlier than was the case 10 years ago, he says – and there’s a far lighter touch in the winery. Less pumping over and punching down, for instance. “You have to take what you need and not more,” says Birnie-Scott. “It’s more like infusion than extraction.

“Today the wood is super-complementary, but light, light, light. It’s not the protagonist. We always keep part of the wine with absolutely no oak, no barrel. We call that our reserve of freshness.”

The refrain is similar with other producers. “The philosophy of Luigi Bosca is to show wines that are very transparent of the purity of the grape and the purity of the terroir,” says head winemaker Pablo Cúneo. “The oak is a tool, but we want to be very precise in the character of the place.” The character of the vintage too – from the cooler, more elegant 2019 to the altogether richer, riper 2020.

Meanwhile, Susana Balbo’s BenMarco Sin Límites Malbec 2021 is made using concrete eggs and used oak. “We want to show the place as much as we can,” says Lovaglio Balbo. “It’s just very simple winemaking without much intervention.” The wine, sourced from deeper, sandy/calcareous soils in Gualtallary, is designed to express the place’s character: floral, with pink peppercorn and a silky texture from the soil. All qualities that would be lost in the face of too much extraction and clumsy oak. 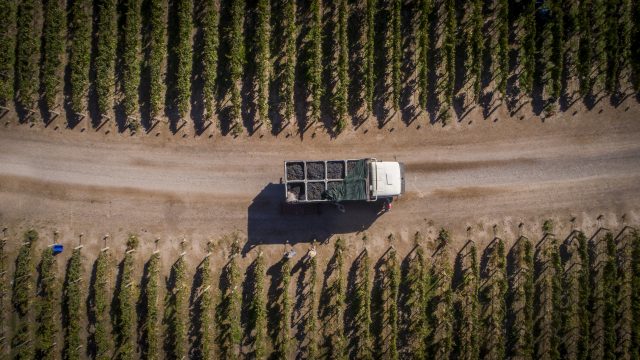 “Altamira is a classic,” he says. “Altamira could be elegant, balanced and complex. Gualtallary could be a little more linear, and fresher in terms of the profile of the aromas. Gualtallary is definitely impactful, assertive. You recognise Gualtallary wine quite easily – there’s a stamp of the place.”

This transformation of winemaking philosophy remains a work in progress – but one that was accelerated by, of all things, a global pandemic. Conscious of the imminent threat of Covid-19 lockdowns in March 2020 and aided by the conditions of a warm harvest, Terrazas moved fast in the vineyard.

“We finished picking on 23 March, super-early – two weeks earlier than 2019,” says Birnie-Scott. “We felt that the grapes were ready, but the alcohol was lower. In one year, we progressed five years. What we would not have dared to do, we did.”

The result, he says, are “super-fresh” wines that belie what was a pretty warm vintage. “We were already with this trend to harvest earlier, earlier, earlier for the freshness and acidity, but we accelerated that trend and jumped in time. We took some risks, but we were already going in that direction. It’s a revolution – it killed a lot of sacred cows, 2020, and sped up our learning curve.” 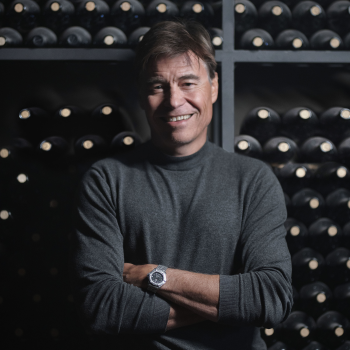 So what is next for Argentinian fine wine after Malbec? There is – and should be – more than one answer to that question. Other grape varieties, other styles – but also a shift in the treatment and perception of Malbec itself. That philosophical change is perhaps the most significant development of the past decade or so, because it can be applied across the Argentinian winemaking spectrum.

“We still need to move up our level, but I would say that’s the case everywhere,” says Birnie-Scott. “There’s always some room for improvement, in the vineyard and stylistically. Some wineries are still using an excess of wood, over-extraction, making wines in the ‘old’ style. There is some of that.”

Changing the wines is one thing; communicating those changes and altering perceptions quite another. Birnie-Scott likens this process to the late 1980s in the Napa Valley, when people started talking less about ‘Napa’ and more about Santa Helena, Stag’s Leap or Spring Mountain.

This level of granularity, he believes, can now be applied to Malbec: from Argentina, then from Mendoza, then from the Uco Valley, then from smaller areas like Gualtallary. “The profile of Argentinian Malbec is maybe still a little generic,” he says. “People still think of it as rich, big, sweet, to have with beef steak. But now it’s so much more than that.”

Where next for Argentina’s fine wine?