Mendoza’s government has declared an agricultural state of emergency following two nights of devastating frost this week which have impacted over 10,000 hectares of vineyards as well as other crops. Sunday and Monday night saw temperatures in parts of Mendoza plummet to -4.5C. 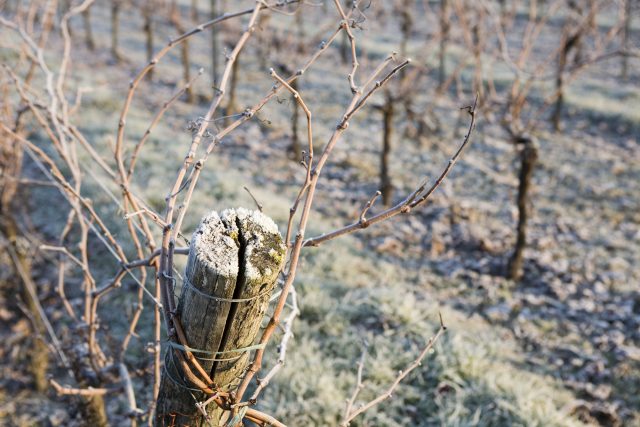 “We had two really strong frosts on consecutive nights,” explains Catena Zapata’s Head Agronomist Luis Reginato. “Monday was slightly cloudy and the cold front came from the south so it was southern Uco Valley, and specifically El Cepillo and Altamira, that was really badly affected. Then on Monday night the skies were clear and the frost impacted all of Mendoza but most significantly in El Cepillo again and in Eastern Mendoza.”

Vineyards in the region of San Carlos in the southern Uco Valley was most impacted, with some vineyards reporting almost total losses. “In our Los Indios vineyard in El Cepillo in San Carlos we have 90% frost damage,” explains agronomist for Doña Paula, Martín Kaiser. “In our Los Cerezos vineyard in Tunpungato we have 60% damage too.”

Although the frost was fatal in El Cepillo for many growers, there’s hope that this region – which is always the latest to bud in Mendoza – will have a second bud in some varieties, recovering some of the potential yield for 2023.

=Whereas the damage in Eastern Mendoza, where vines were already flowering in some cases, looks likely to have a direct knock on effect on the year’s yields. The region of Rivadavia in the east, which suffered significant damage in the frost event, has already cancelled its end-of-year Vendimia festivities. “We have had very severe damage in our region,” reported the Mayor of Rivadavia Miguel Ángel Ronco, “We are still evaluating the total loss but without a doubt this will negatively impact our economy. It’s a very sad day for our all the workers and producers.”

The national viticulture institute is yet to comment and are assessing the full extent of the damage this week.