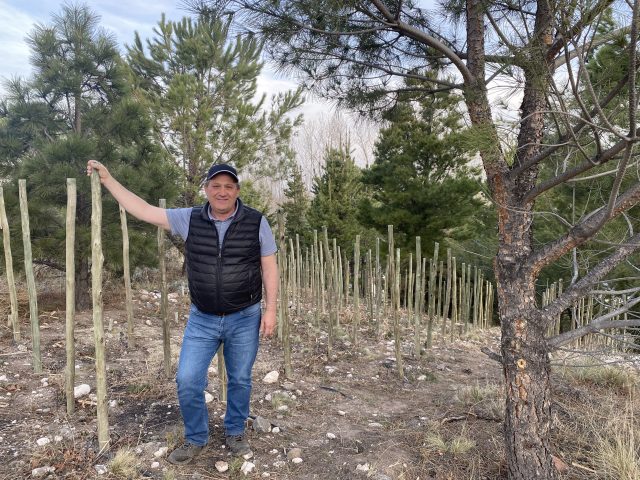 Having worked across Mendoza’s wine regions for over 30 years, ranging from planting sparkling wine vineyards for Gancia in the 1990s and developing Doña Paula’s estates in the 2000s, to his post today as General Manager and viticulturist for Susana Balbo Wines and his own personal project PerSe, there are few agronomists with the experience of Mendoza that Del Popolo has.

Although Mendoza’s history of viticulture and irrigation go hand in hand back to the first plantings of the 1500s, planting vineyards on the sloped hillsides of the Andes foothills is a relatively new innovation. It wasn’t until the 1980s when drip irrigation was brought to Argentina, by another eminent agronomist Pedro Marchevsky, that producers were able to start planting on the slopes.

As an arid desert climate with an average rainfall of less than 200 mm a year, irrigation is fundamental to almost every vineyard in Mendoza. However as climate change brings greater scarcity of water supplies, agronomists are looking at ways to make Mendoza’s vineyards more sustainable for the future.

“There are two factors that help: firstly the soil is much poorer on the slopes, so the roots are closer to the surface and absorb the water more readily,” Del Popolo explains his thesis and vision for the future of Mendoza. “And there is also more rain at the foothills, sometimes double, so we also can reduce irrigation there too.”

In the last few years there are several winemakers and producers that have also started planting on hillsides — marking a big change in the vineyard vistas of Mendoza’s usual valley floor plantings. Zuccardi, Terrazas de los Andes, Salentein, Matervini and Matias Riccitelli are just a handful of other producers now planting on the hills.

“I have no doubt,” confirms Del Popolo, “the hills are the future of Mendoza.”