Is the future of Italian wine tourism in Campania?

At a preview of VitignoItalia, the Southern Italian wine festival held in Naples, a panel of journalists, politicians and viticultural experts spoke about the growing importance of wine tourism to the region of Campania. 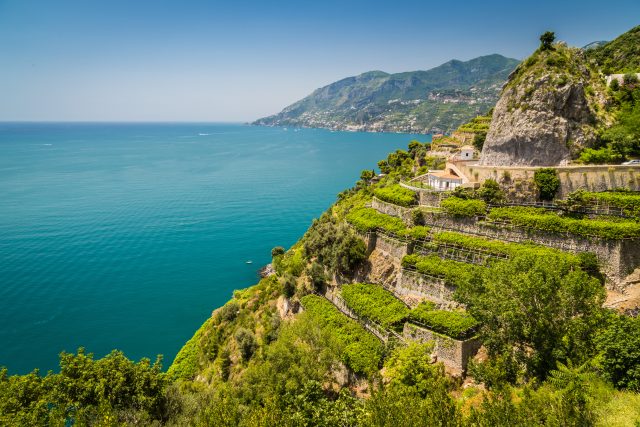 Agricultural journalist Giorgio Dell’Orefice explained: “Since last spring we [Italy] have had incredible numbers in terms of wine tourism. In 2021, we had 16 million visitors to Italy, in 2022 we have had 35 million…This huge trend, after Covid, is very important for the wine sector as a whole.”

While this figures reveals just how rapid recovery has been for the tourism sector as a whole, for Luciano Pignataro, a food and wine journalist based in Naples, the pandemic acted as an opportunity for wineries in particular reset their approach in response to an increasingly-digital landscape: “Covid has been important for pushing wineries to make investments, to make them ready for social media and online systems.”

Crucially, according to the panellists, there are now many online materials from Campanian producers in the English language, making these wineries accessible to overseas visitors.

But, according to Nicola D’Auria, president of the Nazionale del Movimento Turismo del Vino, what is said matters even more than what language it is said in. He spoke of the need for “effective storytelling” with “emotion” at its core to connect producers to consumers who may not necessarily be connoisseurs: “30 years ago, wine production was hidden from the public, it was not possible to hear the story behind each bottle…Today, people who come to vineyards are often surprised by the beautiful architecture, landscape and hospitality.”

Pignataro echoed this sentiment and lamented Italy’s tardiness to embrace wine tourism: “In the 90s, wine was considered a magic product, to be secretly-produced. But in the US, the wineries were open to the public. We are a traditional country, so we got there later.”

But better late than never. While destinations such as the Amalfi Coast and Sorrento have enduring appeal due to their postcard-perfect glamour, destinations off the beaten track are also being opened up. Ferdinando Natali, Southern Italy manager for UniCredit bank (one of VitignoItalia’s partners), said that as well prosperity, tourism can bring safety to cities such as Naples: “In the past it was not possible to find tourists in neighbourhoods with high crime rates, but these places are improving thanks to tourism.” While wine tourism may only indirectly change these areas, it is still playing an increasing role.

Social media is certainly drawing tourists to Campania, exhibit A) being Positano, the multicoloured tourist hot-spot dubbed, often disparagingly, as the “Instagram capital of the world”. In an increasingly social media-driven world, with a younger generation seeking to chronicle everything on an Instagram reel or TikTok video, wine experiences, particularly those in beautiful surroundings, seem like a natural progression from scenic holiday snaps. It might not be too long before we hear Naples referred to as a “leading wine destination”, even if Campania’s overall production is, according to estimates from 2020, less than a sixteenth of that Veneto.

But this digital development has to be supplemented with physical change. It is believed that today, eight in 10 tourists to Italy buy a bottle of wine as a souvenir, a figure that prompted Dell’Orefice to quip: “In the past they bought key-rings and magnets.”

Drawing a parallel to his city’s most famous contribution to global cuisine, Pignataro said: “Nowadays it is possible to have very good pizza all over the world. We should invest in something to give a different expression, to underline the connection between this wonderful product and its origins – we could create a museum of pizza in Naples.” Though there are already plans for a wine museum in Verona, Italy’s biggest in fact, no desire to create a rival for southern Italy was expressed.

There is a logic to seeing wine as one element of a multi-faceted approach, hand-in-hand with the promotion of local cuisine. Indeed, the growth of wine tourism has set an example for other gastronomic enterprises in the region. “Many mozzarella producers are investing in hospitality, with games for children, tours and tastings. This will appear with other productions, such as pasta making, but for sure, it started with wine,” Pignataro suggested.

Precisely how wine tourism to Campania develops remains to be seen. “Diversity and locality”, as Pignataro put it, are the twin pillars that define Italy as a whole. Communicating the former can be a challenge, and putting Campania on a par with the likes of Tuscany, Piedmont and Veneto is no mean feat, but this is a region gaining international attention as a holiday destination, and wine is a growing part of its continual charm offensive.