A new ‘Top Cities’ report has revealed which locations across Britain are the most vibrant, with Manchester coming out on top while London lags behind. 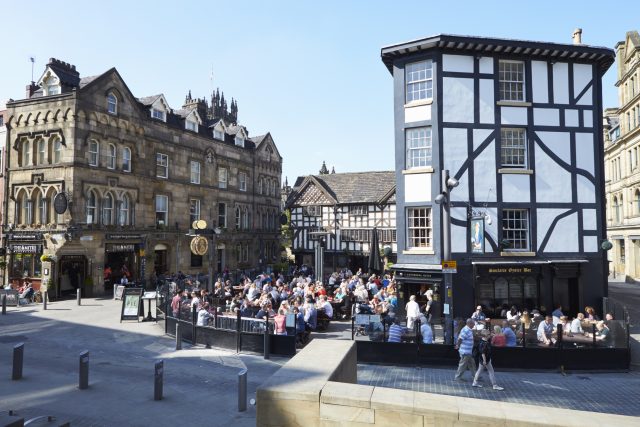 Research has revealed that combined sales in Britain’s ten biggest cities in the four weeks to 22 October 2022 were 4% higher than in the same period in 2019, with seven of the ten cities even recording growth.

The report combines sales data from CGA and device log-in statistics from Wireless Social to provide a ‘vibrancy’ ranking of the top ten cities.

Manchester topped the chart for the four weeks to 22 October 2022, rising from its third place ranking position for the previous four-week period. Birmingham came in second, making the top two for the fourth time in a row. Both cities recorded double-digit sales growth in the latest four-week period, according to CGA.

Britain’s 10 biggest cities, ranked by vibrancy are as follows:

However, current sales figures are well below pre-Covid comparatives in real terms, with Britain’s inflation rate now exceeding 10%. Logins are also still significantly short of the levels of 2019.

CGA client director Chris Jeffrey said the latest report “confirms that public demand for eating and drinking out is stable”.

He said: “It highlights hospitality’s huge contribution to the vibrancy of city centres. However, with consumers’ spending under pressure from rising costs in energy, food, mortgages and more, the post-Covid recovery will come under severe strain in the months ahead. Businesses have a crucial role to play in Britain’s economic growth, but they need targeted support to help them through these unprecedented challenges.”

Julian Ross, founder and CEO of Wireless Social, said: “It’s hugely encouraging to see growth across the sector, in terms of sales and footfall, in a number of the UK’s biggest cities. However, this growth will count for very little if the economic environment continues to be as volatile as it is currently.

“With the World Cup and a restriction-free Christmas on the horizon, hospitality businesses can expect a boom in short-term sales. But it’s the weeks and months that follow that require attention, and businesses are going to need targeted support to continue to grow and develop on the other side.”