With the World Cup in Qatar now less than two weeks away from its opening fixture, new research has claimed that Brits could spend £91 million on pints of beer if England makes it all the way to the final, an 80% increase on last year’s Euro 2020 tournament. 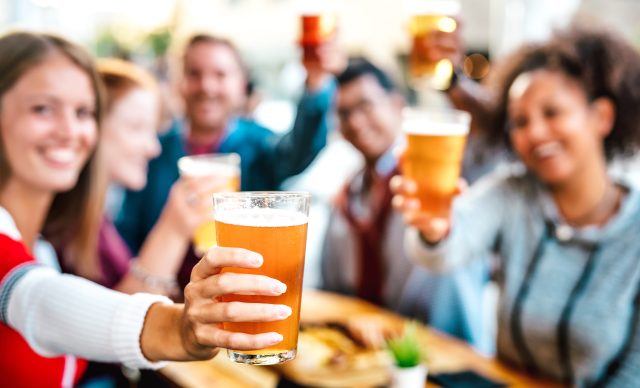 Yes, with the price of a pint rising ever further towards the much-feared £7 mark, research from HeyDiscount has estimated that Brits could spend up to £91m on beer during the final of the Qatar World Cup, if England makes it there.

During the final of the Euros last summer, Brits drank an estimated 13 million pints in pubs, which led to £50.44 million being spent on beers in the on-trade.

Bearing in mind the effect of inflation on the price of a pint, HeyDiscounts research claims that the country could spend a whopping £91m on beer during the final of the World Cup in Qatar, should England make it all the way to the end of the biggest competition in world football.

Another study has claimed that it might actually be cheaper to watch the World Cup in the pub with a pint than at home, due to rising energy costs. 0

The study looked at the cost of watching one World Cup in 2018, the last time the competition was held (in Russia, in the summer months). It found that UK fans would have paid an estimated 41p in energy costs to watch the game at home.

Rising energy costs and the World Cup being held in Winter due to Qatar’s hot climate means that it could cost fans £6.17 to watch a game at home. The study noted that it arrived that this figure under the assumption that fans would be tuning into an average of two hours of football per day.