Beer ‘set to be banned’ at all World Cup Stadiums

Reports have emerged suggesting a last-minute U-turn from Qatar’s royal family will mean beer is banned from all World Cup stadiums. 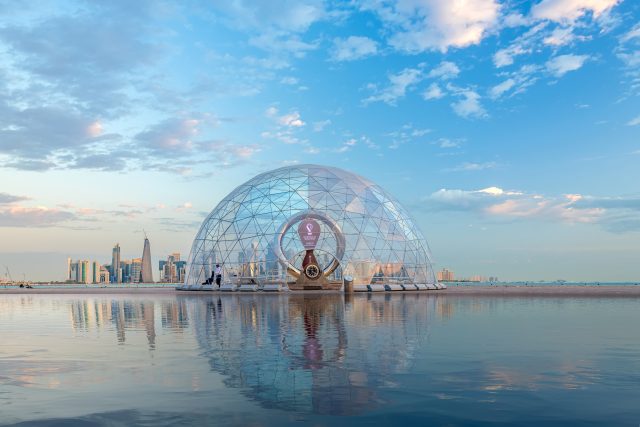 Yesterday, we reported the news that last minute alcohol restrictions were being implemented World Cup stadiums forcing the Budweiser beer brand to relocate outside.

Now, multiple news outlets are reporting that beer is set to be banned altogether from all eight World Cup stadiums, after a dramatic U-turn from Qatar’s royal family.

The Times has reported that it is now likely that fans will not be permitted to purchase beer at any World Cup games by the time the tournament kicks off on Sunday.

At the time of writing, Qatar has yet to make an official announcement on the status of its beer policy, but the news has been widely reported in the media, and Budweiser took to its official Twitter platform to issue a tongue-in-cheek response, which has since been deleted.

In the UK, the Football Supporters’ Association responded with the following statement:

“Some fans like a beer at a game and some don’t, but the real issue is the last minute U-turn which speaks to a wider problem: the total lack of communication and clarity from the organising committee towards supporters.

“If they can change their minds on this at a moment’s notice, with no explanation, supporters will have understandable concerns about whether they will fulfill other promises relating to accommodation, transport or cultural issues.”

It now seems likely that the only places where alcohol will be served in stadiums is hospitality suites, for which prices start at $22,450.

In response to an earlier decision from Qatar that appeared to be aimed at moving Budweiser’s visibility around stadiums, parent company AB InBev told reporters:

At the time of writing, it appears that alcohol will remain available in Doha’s fan parks.

A statement from Fifa has been issued and reads:

“Following discussions between host country authorities and Fifa, a decision has been made to focus the sale of alcoholic beverages on the Fifa fan festival, other fan destinations and licensed venues, removing sales points of beer from Qatar’s Fifa World Cup 2022 stadium perimeters.

“There is no impact to the sale of Bud Zero which will remain available at all Qatar’s World Cup stadiums.

“Host country authorities and Fifa will continue to ensure that the stadiums and surrounding areas provide an enjoyable, respectful and pleasant experience for all fans.

“The tournament organisers appreciate AB InBev’s understanding and continuous support to our joint commitment to cater for everyone during the Fifa World Cup Qatar 2022.”