The rise of top-end dry red wines from the Douro has been well documented, but an emerging area from ‘Port country’ is fine whites – and in a style one might not expect. 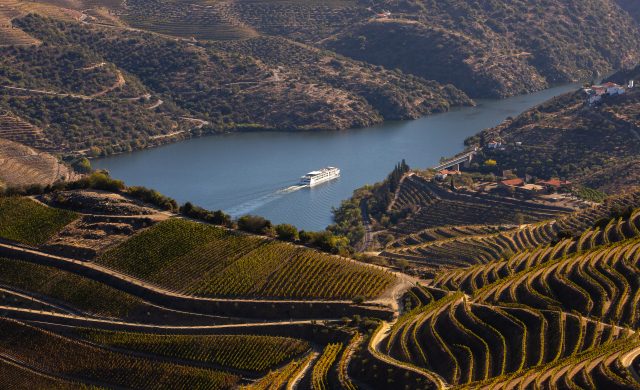 Even though it’s the oldest demarcated region in the world, it is only really in past two decades that the Douro’s has emerged as a thrilling source of delicious and distinctive dry wines, focusing on great red blends, using heat-resistant native Portuguese grapes from this beautiful region’s terraced vineyards, carved deeply into steeply-sloping valley sides.

But now there’s a new story to be found within the Douro’s table wine scene – an exciting if niche development in a place that’s devoted first and foremost to making fortified wines.

That story centres on whites, and, increasingly, great examples made to rival the top blancs of Bordeaux and Bourgogne – wines capable of barrel-ageing and cellaring after release.

With this region’s reputation for making richly-sweet, tannic and long-lived fortified wines, one might have certain preconceptions about its suitability for making refreshing fine, dry whites, but that’s exactly what the Douro is starting to yield.

Benefitting from plantations at higher elevations in the region – sometimes around 600m above sea level – and well-adapted, heat-and-drought-resistant varieties, along with schistose soils, expert viticulture and early picking times, the Douro is able to produce whites with a delicacy that defies expectations.

Managing director of Quinta do Noval, Christian Seely, is one person who is particularly enthusiastic about the white wines from the Douro, as db learned on a visit to the property in August this year.

Having tried Noval’s newly-released Branco Reserva – a €70 barrel-fermented blend of Viosinho and Gouveio grapes with a lovely mix of peach and toast notes, and a mouth-watering grapefruit pith finish – Seely said that the quality and style of such a wine was just a first taste of the possibilities for fine whites from the Douro.

“I am really excited by the potential for white wine in the Douro,” he told db just as the harvest was starting for white grapes at Noval, which were planted at the highest point on the estate 15 years ago.

Continuing he said, “In spite of being a hot country, the whites express a freshness and minerality, which comes as a surprise,” before commenting, “The white wines from the Douro sometimes have a note that reminds me of Chablis.”

At pains to stress that such an expression is a natural result of the site, varieties and viticulture, he said, “we do not acidify”, pointing out that there are plenty of vineyards at 500m high in the Douro, and a suite of native grapes that retain their freshness despite baking summertime conditions in the region.

For example, he said that Rabigato can be planted in places traditionally used for growing red grapes, and doesn’t suffer from sun burn, while delivering high natural acidity and high quality too – making it “an essential” component in whites from the Douro, according to Seely.

But it is Boal that he sees having “a great future in the Douro”. A synonym for Semillon, Seely is using increasing proportions of the grape in his top white wines, commenting that “Boal gives fatness, Rabigato gives freshness.”

Indeed, Seely is a part-owner of Douro estate Quinta da Romaneira, which he was “excited to find had five hectares of white grapes” when he acquired the property with a group of investors in 2005.

Having expanding this area to 7ha, and grafted over some of the Moscatel to Boal, he has used the 2021 harvest to make a top white wine from the property.

Called Pulga – meaning ‘flea’ – the blend contains 50% Boal, with the rest comprising Rabigato and Viosinho, and is a remarkable, zesty, toast-and-lemon-flavoured white with only 13% abv, and a retail price of more than €40.

Speaking generally about such wines, he said that the “problem is perception”, telling db that people think that Portuguese wine is “cheap and cheerful”, and wines from the Douro “ripe and rustic”.

However, the reality is that these wines are very expensive to make because of the low yields and labour-intensive nature of viticulture in the Douro, while stylistically, the wines are “extraordinarily fresh”.

Finally, he pointed out a benefit of working with whites in the Douro. “They are also a good protection, because in a hot dry year, in September and October the red grapes can shrivel but the white grapes are harvested in August before that process takes place – so can get good yields of fresh wines.”

Meanwhile, during a meeting yesterday in London with director at Symington Family Estates, Rob Symington, the subject of fine dry whites from the Douro came up, as Rob told db that the Symingtons – who have the largest vineyard holding in the Douro – have plans to unveil a new white wine next year.

“We only have two whites form the Douro – Altano and Altano Reserva – but next year we will launch a top white from the Douro,” he told db, adding, “We hope to change the way white wines are seen from the Douro.”

Thrilling prospects for white wines from the Douro

Six white grapes to watch in the Douro 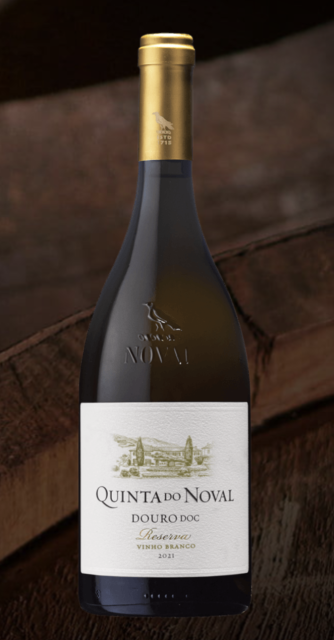