Fine wine sales in the third quarter of the year have continued to hold their nerve, despite the deteriorating global macro-economic picture, according to Liv-ex – but the “devil-may care spending spree” of 2021 has become more cautious. 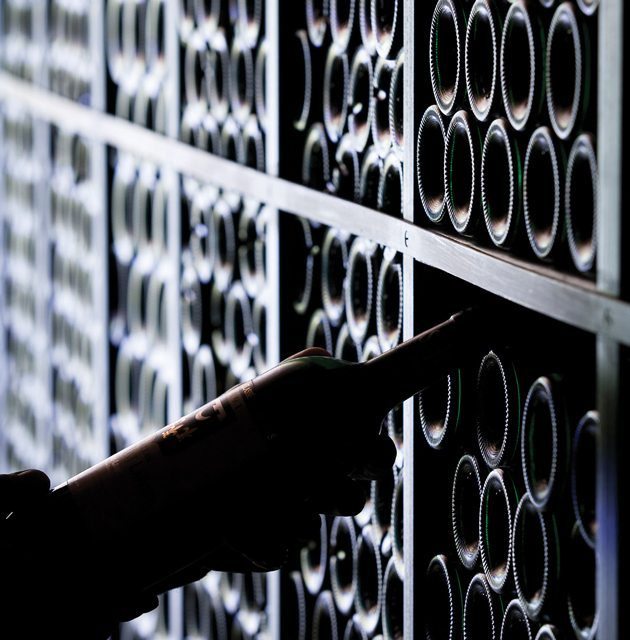 In its latest quarterly report, the fine wine market place argued that the caution “has well and truly replaced” the exuberance of 2021 due to the “increasingly severe headwinds that have been worrying the market since the latter half of Q1”.

The quarter has also seen the effect of currency volatility and the collapse of the pound. While the third quarter the pound finished down only 1.8% against the Euro at the end of the quarter, it had fallen 7% only a week before.

Liv-ex’s deputy chairman and exchange director Justin Gibbs noted that Sterling’s weakness had helped, “as Dollar and Euro buyers took advantage”, but ultimately, the report concluded that buyers and sellers “prefer stability and without it, risk aversion rises”.

“Whether the market can continue to hold steadfast as major global economies fall into recession remains to be seen,” Gibbs added.

Liv-ex said it had been an “unnerving three months but ones that reflected the increasingly severe headwinds that have been worrying the market since the latter half of Q1″.

There was, for example a “hiccup” in July, when the Liv-ex Fine Wine 100 “slowed to a crawl”, marking its first drop since June 2020, although it did recover during August and September as the pound weakened.

Overall, the underlying picture on the Liv-ex 1000 was “mixed”, the report said, with some small gains. Meanwhile, the Burgundy 150 continued to slow, rising just 3% this quarter, although the Champagne 50 was more robust, rising 8.7% between July and September, and the Italy 100 recovered from a poor Q2 to a gain of 3.7%.

There was some diversification among the top performers too – fewer Burgundies (although Domaine Armand Rousseau’s Chambertin Grand Cru 2011 took the top spot, only Bonneau Martray, Corton Charlemagne 2013 made it into the top eight), with two Rhône wines – Clos Papes Chateauneuf Du Pape and Domaine Jean-Louis Chave, Hermitage – Salon Champagne, Soldera from Italy, California’s Opus One and Taylor’s Port 2000 also on the list.

Meanwhile Bordeaux increased it overall trade share in Q3 to 35.9% (up from 32.8% the previous quarter) although there were few other changes. California, while remaining in 5th place, saw its share decline slightly, along with Italy.

Top traded wines by value saw Louis Roederer’s Cristal take the top two spots for the 2014 and 2008 vintages (the 2014 was also  the top traded by volume) with Dom Perignon 2012 also in the top 7 by value and this by volume –  Liv-ex said this came as no surprise given the strength of the Champagne 50’s performance.

It concluded that winter – and recession – was coming and although the  headwinds were “increasing to gale force” and stock markets were  “once again on a downward trend” after a summer respite, for fine wine, this means consolidation.

This could be seen in the weaker trade in Italy, California and slowdown in the rate of growth of  The Burgundy 150, although Bordeaux and Champagne’s ability to offer “brand security, a track record, relative value and, crucially, liquidity” had kept them “robust”.

“Exciting vintages on the horizon” might help drive the market and offer to buyers something interesting, it said, pointing to the 2012 vintage Champagnes, the small 2021 vintage in Burgundy that will be released next year and the potential of the 2022 harvest for Bordeaux. However rising costs for growers, négociants, merchants, retailers and collectors may also have an effect. “The effects of the global downturn suggest leaner times ahead”, it concluded.