To mark 60 years since James Bond burst onto the silver screen, Champagne Bollinger has unveiled a new installation at its Burlington Bar inspired by the super spy’s debut feature. 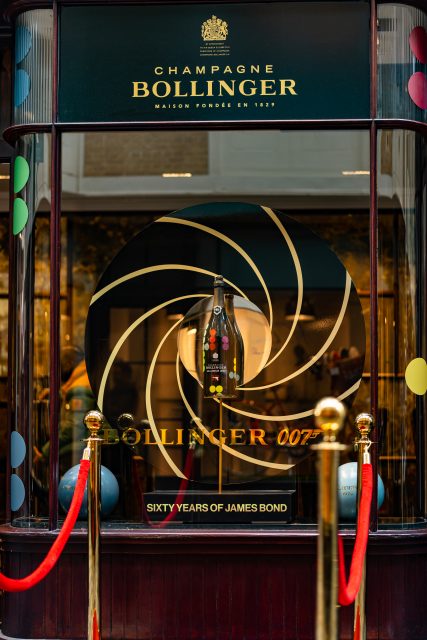 Though Bond’s most iconic line is his order for a Martini, the British secret agent has a long-standing association with Champagne Bollinger, having consumed it in both Ian Fleming’s books and the films. Fittingly, the vintage of the cuvée released to mark 007’s 60th is 2007.

Dawbed with multicolour dots inspired by those from the opening titles Dr. No (1962), the Burlington Bar in Mayfair’s Burlington Arcade channels the 60s chic of the first film. Around the bar are 25 individual jeroboams, number 001 to 025, and 25 clear glass globes representing the 25 Eon productions that Commander Bond has starred in, from Sean Connery to Daniel Craig.

At the centre is the iconic gun barrel, with a jeroboam at the centre. Guests on the first floor will be greeted with oversized images of the Champagne houses signature moments in one of the world’s most famous cinema franchises. Dinner jacket and gadgets optional. 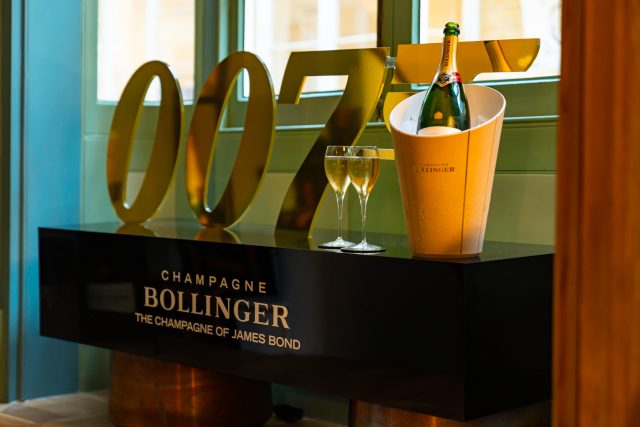 Victoria Carfantan, director of Champagne Bollinger, Group Bollinger UK & global partnerships said: “The Bollinger Burlington Bar, the jewel in the crown of Mayfair, is the perfect location to showcase Bollinger’s longstanding partnership with 007. Inspired by Dr. No, the 60th Anniversary of 007 provided a rare opportunity to create a bold and impactful installation to capture the collectors’ piece, whist at the same time guests can enjoy a glass of Champagne Bollinger.”

To discover more about what 007 has been drinking over the last 60 years, click here.

This article was originally published by Wine List Confidential and has been shared with permission.