Languedoc wine producers have expressed their fury at a decision by the European Union to prevent them from using the grape name Vermentino on labels from this vintage. 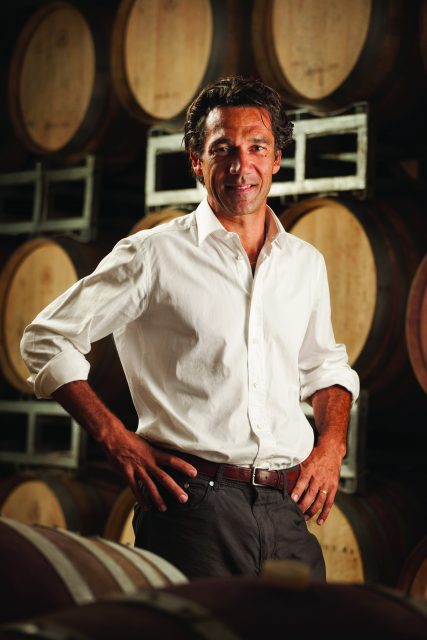 The variety, which has been growing in popularity in recent years, is a white grape with Mediterranean origins and a number of synonyms, although it is best known by the name Vermentino.

However, according to Jacques Bilhac, the owner of Domaines d l’Aster in Languedoc-Pézenas, earlier this year it was decided by the EU to enforce a request by Italian wine producers to protect the name Vermentino, preventing its use on labels of wines from outside of Italy.

Commenting that a lot of producers in the Languedoc grow Vermentino and use the name on labels, he said that it would cause problems for wineries.

Vermentino is grown across southern France and it’s sometimes used as a component in Provençal rosé – where it is called Rolle, and allowed in blends as long as it is co-fermented with the juice from red grapes.

Acknowledging that there is a French synonym for Vermentino, Bilhac’s son, Vincent, who works with his father at the winery, said that he preferred to use the Italian name.

“Vermentino is more beautiful to say, but Rolle is not a singing word,” he commented.

Fighting the decision is major Languedoc-based négociant-producer Jean-Claude Mas, who expressed his fury during a discussion last week with the drinks business at the decision to prevent him using the word Vermentino on his wines made with the grape.

“France makes similar volumes of Vermentino as they do in Italy, and we have always called it Vermentino – we have been promoting it for ages, and the consumer is starting to recognise it,” he told db on Friday.

Continuing, when asked whether he would use a French synonym for the variety, he said, “I have never called Vermentino Rolle, and I have planted it and harvested it for many years.”

He also expressed his dismay that representatives from France failed to try and block the move by the EU to protect the name Vermentino, which he said was done at the request of Italian wine producers. In particular, he expressed consternation that more was not done by French wine authorities to defend the use of the Vermentino name, considering its protection relates to a decree from 2013, which was updated in 2019.

As a result, he said that he was working with the Union des Entreprises Viticoles Méditerranéennes (UEVM) to challenge the decision, which was pushed through on the basis that Vermentino is part of existing Geographical Indicators (GI) in Italy, both of which are Sardinian: Vermentino di Gallura and Vermentino di Sardegna.

In contrast to Jean-Claude Mas, other major Languedoc wine producer Gérard Bertrand appeared resigned to the decision, when asked by db for his reaction to a need to change the name Vermentino to Rolle on his labels

“I use Vermentino in a blend, and if I have to change the name, then it’s not a big deal,” he said, adding, “If consumers want to buy the brand, then they buy it for the name of the château [not the grape variety].”

Meanwhile, Mas described the grape as “incredible”, telling db that Vermentino “can withstand any climate”, referring in particular to the extended period of extreme heat and drought this year in southern France.