JD Wetherspoon puts 32 pubs up for sale as costs rise

Pub giant JD Wetherspoon has announced that 32 of its venues will be put up for sale due to rising operating costs and a lack of staff. 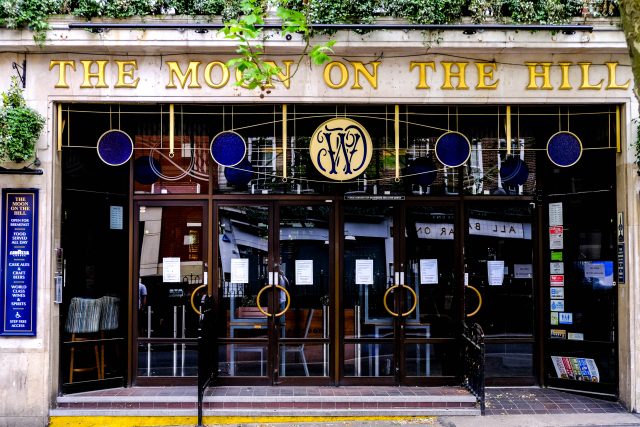 Wetherspoon may be best known for its cut-price food and drinks offering, but the firm announced Wednesday that it would be putting 32 of its pubs, including 10 in the nation’s capital, London, up for sale.

The pub giant cited rising operating costs, chiefly food and energy bills, as well as a lack of staff as the reasons behind the decision to sell.

“On occasion, Wetherspoon does put some of its pubs up for sale. This is a commercial decision”, said Eddie Gershon, a spokesman for Wetherspoon.

“We understand that customers and staff will be disappointed with it. The pubs will continue to operate as Wetherspoon outlets until they are sold.”

The venues comprise 10 freehold and 22 leasehold properties, according to JD Wetherspoon.

The sale is being jointly handled by commercial property specialist CBRE and Savills.

Senior director of CBRE, Toby Hall, said: “The excellent mix of locations in this portfolio is rarely seen in the market. With more than half of the portfolio located in London and the south-east and other strong locations in the south-west, Midlands and [north of England] we believe the pubs represent an excellent opportunity for existing pub operators and new entrants.”

The full list of pubs up for sale are:

JD Wetherspoon chairman Tim Martin has argued the case for tax equality between pubs and supermarkets. Speaking ahead of Tax Equality Day on 15 September, Martin said:

“Taxes should be fair and equitable. It doesn’t make sense for the hospitality industry to subsidise supermarkets”, said Tim Martin.

“However, it is unfair that supermarkets pay zero VAT on food, but pubs and restaurants pay 20%.

“Pubs have been under fantastic pressure for decades due to the tax disadvantages that they have with supermarkets.”