Cask Marque launched Cask Ale Week 2022 this week along with a seminar that featured a range of views on how best to revive the sector. 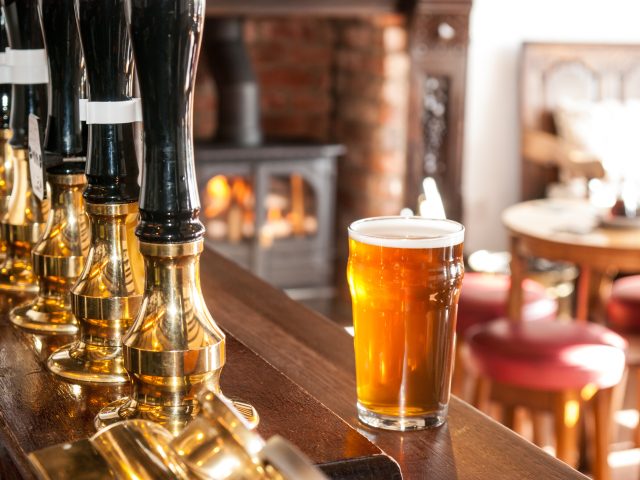 The seminar, which took place at the Brewers’ Hall in London, heard from speakers from across the industry, with a presentation from the Campaign for Real Ale (CAMRA) and the Society of Independent Brewers Association (SIBA) and Ape Creative taking centre stage.

Introducing the seminar, Cask Marque director Paul Nunny said: “We are at a crossroads for cask ale. Unless we do something, this haemorrhage will continue.”

Martin agreed and stated: “As you know, ale is far more vulnerable than anything else” and described the importance of “throughput” saying that if a real ale isn’t selling well, he reduces the number of lines on the bar to make sure beer is always flowing through them.

Martin described how “a lot of pubs that try to impress the powers that be, offer a wide variety and we have tried to discourage it to a point” and pointed out that “everywhere else in Europe has lower tax in pubs. What we need is tax equality” adding: “When you go and buy a pint, you don’t see the tax, do you?”

Martin also added: “Ale is still important. It’s about 20% of what we sell and it used to be higher” and admitted: “Shooters are selling more than real ale in my pubs” before hinting that “exciting” craft beers available to the trade in keg were the culprit for making cask look less appealing. “There are obviously keg beers coming in from the new generation brewers – exciting beers sold at a price premium, so cask-conditioned is now seen as a poor relation”.

His suggestion of cask being seen as poorer quality was queried by Timothy Taylor’s Brewery, which identified how it makes both cask and keg beer for pubs and still upholds quality across both methods of dispense, so comparing one to another was not relevant when quality was their hallmark for all beers the brewer produced.

However, Martin insisted that going from pub-to-pub cask quality diminished and so when people chose kegged beer what they bought into was actually a reassurance of quality. He said: “People pay more for the certainty of the quality that you get in keg,”

Brown said: “More people are drinking cask, but drinking more promiscuously in a bigger repertoire where cask plays a smaller role” and observed that “there is no such thing as a cask drinker” urging people to “think about the market as beer drinkers who drink cask, rather than cask drinkers”.

Brown also highlighted how “the number of women drinking cask has more than doubled” and yet there are many things that the cask category is doing incorrectly to appeal to its audience.

For instance, “freshness of beer is important but, currently, not at all linked to cask” he stated, adding that those who profess to be fans of cask ale actually know very little about it.
Brown said: “Cask drinkers think they know more about cask. But, when probed, less than a third (29%) had a good understanding” and that publicans needed to consider how younger drinkers also often decided on what they would drink by scouring the internet and looking at online menus – a place where cask ale had no presence whatsoever, but cocktails and spirits and wines often did.

“Younger drinkers are more likely to decide on drinks choices before getting to the venue, said Brown and added: “They choose by looking at online menus. 60% of them look at the pub or bar website or social media” and “cask isn’t on online menus” highlighting the mistake the industry was making by failing to mention its beer offer.

Brown reminded delegates at the seminar that team training on cask ale and getting them to taste the beers on the bar was paramount to selling them, because “staff recommendations are highly important for younger drinkers” and if the staff don’t know or care what something tastes like they are unlikely to recommend it or suggest it as an option.

Upon presenting a new initiative to update the image of cask ale, entitled ‘Drink Fresh Beer, Wiles, described how there was a need to “excite people when they made their purchasing decisions at the bar” and that she hoped the “cross-industry, white label multi-media campaign” would be something the industry would get behind.

SIBA head of communications and marketing Neil Walker explained that it was galling how little people knew about cask ale and it being the freshest beer available on the bar since it completed its final stage of fermentation in the pub cellar before being pulled up via the handpump. He said, the research had revealed that, currently, if you were to ask people what was the freshest beer available in pubs, that “people thought that bottled lager was brewed most recently” and didn’t understand at all that cask ale was a live product and was the freshest beer.

The revelation, which led to the campaign plan, had provoked an 8-10 week pilot campaign across 30 different pubs before Christmas nationwide and would be twinned with 30 other pubs where the campaign wasn’t taking place to assess results.

The Drink Fresh Beer campaign aims to use handpull wraps, QR codes on pumps offering augmented reality, Tik Tok, table talkers and PoS, t-shirts, glassware and cellar training in pubs as well as offering sampling stamps for customers in an effort to build excitement and interest over trying cask ale.

The initiative, which Wiles revealed “would be budgeted at £700,0000 in total” would span social media, PR and advertising “over a three year period” and would see the sector seeking “£80,000 as an initial investment to fund the pilot in 2022, with the rest of the investment to cover costs from 2023-2036”.

Beer sommelier Annabel Smith highlighted how publicans needed to curate a range of bestselling, well-kept cask ales, much like their chefs might for a food menu and said: “These beers should appeal to the widest audience and make the most margin.”

Additionally, at the seminar, to support the need for cask to re-find its footing, Fullers drinks marketing manager Edward Fryer revealed that the Asahi-owned company planned to relaunch Fullers’ Master Cellarman scheme, which he highlighted was “like a Michelin star for beer” and was “Fullers’ version of Cask Marque”.

Timothy Taylor’s chief executive Tim Dewey said that the sector “has let cask get into a very frightening state” and “the industry has allowed cask ale to become commoditised” highlighting how Timothy Taylors had never bent to Wetherspoons demands for reducing prices to their levels and instead had responded to their emails on their low pricing policies with their own counter-statement of “if your policy ever changes on buying on quality over cheapness, do get back in touch with us” never allowing Timothy Taylors beer to be devalued by Wetherspoons.

Dewey added that Timothy Taylors is committed to “less focus on PoS and more focus on beer being poured right” as well as “where it is poured” being important.

Black Sheep Brewery senior brand manager Jack Scott Paul also highlighted the Yorkshire brewer’s latest campaign entitled ‘Drink cask beer, it’ll change your life’ and stated that “at Black Sheep, we do believe we are on the cusp of the cask beer revolution” and added: “We just want to make it more accessible, more relevant and exciting to more people”.

Cask Ale Week runs from the 22 September – 2 October 2022 with a programme of events and promotions across the UK. Across 11 days, the campaign will celebrate Britain’s national drink: cask beer.