Drinks industry responds to the death of Queen Elizabeth II

The death of Her Majesty Queen Elizabeth II has sent shock waves through the nation as well as the wider world. Here’s how the industry has reacted. 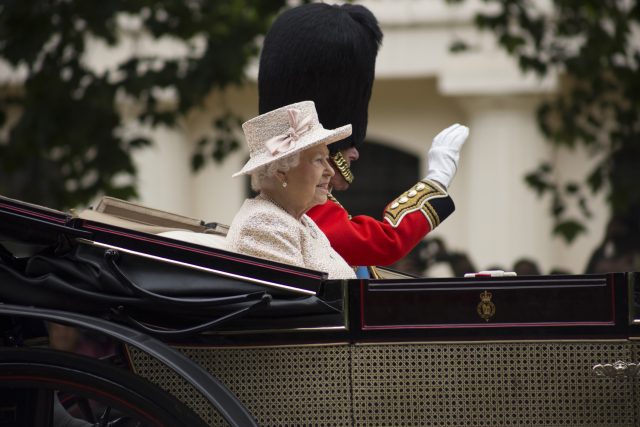 A number of drinks brand have historically been granted a Royal Warrant of Appointment as a mark of recognition to people or companies who have regularly supplied goods or services to HM The Queen.

Lizzy Rudd, chair for Berry Bros. & Rudd, a Royal Warrant Holder for Her Majesty, told the drinks business: “We are deeply saddened by the death of Her Majesty Queen Elizabeth II, our longest serving Monarch. Berry Bros. & Rudd offers immense gratitude for a lifetime of unwavering service to the nation and the Commonwealth. Her sense of duty, loyal service and complete dedication never faltered during her lifetime of service to her people. We extend our heartfelt sympathy to The Royal Family.”

Speaking to db this morning, Johnny Symington, chairman of Symington Family Estates, noted his family’s “the great privilege and honour to bottle some special commemorative Ports for her Diamond Jubilee, her 90th birthday, and for her Platinum Jubilee that she celebrated earlier this year.”

He said: “It was with very great sadness and regret that we learnt yesterday evening that Her Majesty Queen Elizabeth II died peacefully at Balmoral Castle. Her Majesty will be remembered for her profound sense of duty, dedication, and integrity. Her inspiring leadership during her unparalleled 70-year reign gave the nation strength and stability during good times as well as during the most challenging moments. During her long and exceptional life, she upheld the traditions of the British monarchy and offered a constant and reassuring presence.

“My family have had the great privilege and honour to bottle some special commemorative ports for her Diamond Jubilee, her 90th birthday, and for her Platinum Jubilee that she celebrated earlier this year. The granting of our Royal Warrant in 2017 for the supply of Graham’s Port to Her Majesty and the renewal in April 2022 of the Royal Warrant for a further five years was a demonstration of the trust and confidence The Palace has in us as one of her preferred suppliers, and this is something we will be forever grateful for.

“On behalf of the Symington family and all at Symington Family Estates we send our sincere condolences and very deepest sympathy to all members of the Royal Family at this difficult time.”

Simon Thorpe MW, CEO of WineGB, told db this morning: “Queen Elizabeth II was a wonderful beacon across the world and epitomized the very best of humanity, humility and service. We can but wonder at the extraordinary changes Britain and the wider world has seen during her long reign. We are a proud to be a British industry which is part of a wide and diverse community that has flourished throughout this, the second Elizabethan age. On behalf of WineGB we send His Majesty and the Royal family our sincere condolences.”

Key industry figures also shared their thoughts and condolences online. Kate Nicholls OBE, CEO of UKHospitality, took to Twitter to share a message on the “devastating loss” of Her Majesty Queen Elizabeth II.

The passing of HM The Queen is a devastating loss to the nation. My prayers are with her family at this terribly sad time. She has touched the lives of millions during her reign and her leadership, service and sense of duty will remain an inspiration

Nicholls was joined on the social media site by former WSET head Ian Harris MBE, who posted a picture of himself shaking hands with the Queen.

Sad day – I will treasure this picture even more than ever – Rest In Peace your Majesty. pic.twitter.com/4QpatROoIj

Responding to the announcement of the death of Queen Elizabeth II, Emma McClarkin, chief executive of the British Beer and Pub Association, said: “Along with the nation and the world, we are deeply saddened to hear of the passing of Her Majesty Queen Elizabeth II. Her Reign and duty to the country has been extraordinary and on behalf of our members, we would like to pass on our condolences to the Royal Family. In the coming days and weeks, we will be working with our nation’s pubs and brewers to pay our respects in communities across the country.”

Matt Lambert, CEO of the Portman Group, commented on the Queen’s “extraordinary legacy” in a statement put out following the news of her death.

He said: “It is with deep sadness that we learn of the death of Her Majesty Queen Elizabeth II, and we send our sincere and heartfelt condolences to His Majesty the King and the Royal Family for their loss. We will always be grateful for Her Majesty’s extraordinary legacy and many years of loyal service to the United Kingdom.”

“Her Majesty lived an extraordinary life. She lifted the nation during 70 years of steadfast service, anchoring our lives during a period of remarkable change. We mourn her passing and give thanks for the decades of inspiration and joy she gave to generations in communities across the country, across the Commonwealth and around the world.

“The depth of our national grief is a reflection of standing and affection with which Her Majesty will be remembered.”

Now begins a period of national morning, which will be observed by a number of trade bodies and national organisations.

In a statement supplied to the drinks business this morning, Miles Beale, chief executive of the Wine and Spirit Trade Association, said: “The Wine and Spirit Trade Association joins the nation in mourning the loss of Britain’s longest serving monarch, Queen Elizabeth II. We offer our heartfelt condolences to the entire Royal Family during this time.

“Her Majesty was an extraordinary person who reigned for over seven decades of challenges and change. Her constant presence offered us stability and wisdom when times were hard. The nation grieves for the loss of their Queen who dedicated her life to duty and service, and whom David Cameron has described as ‘the world’s greatest public servant and… most experienced diplomat’.

“With hard times to come we hope the Queen’s remarkable legacy of stability and continuity will inspire us all to overcome the challenges we face and build a brighter future under King Charles III.

“As we enter into a period of national mourning, the WSTA will be pausing its communications. The team remain available to support you and your businesses during this time. We will continue to be on hand to answer questions and queries.”