Sampled by Patrick Schmitt MW ahead of its release today on La Place de Bordeaux, the drinks business brings its verdict on one of Chile’s top wines: Casa Real 2019. 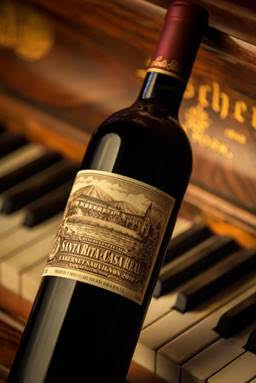 The top-end Cabernet Sauvignon from Viña Santa Rita, which was launched with a wine from the 1989 harvest, has been undergoing a repositioning to enhance the label’s upmarket image, as well as reach new fine wine collectors worldwide.

As part of this, last year, with the 2018 vintage, Viña Santa Rita took the step to employ the French distribution system of négociants, called La Place de Bordeaux, to disseminate Casa Real globally – a move that the brand owner has deemed a success.

Just ahead of its release today, db was sent a sample of the 2019 vintage to try, and here are my thoughts on the wine below.

As one would expect of Casa Real, which is made using Cabernet Sauvignon from an almost 60 year-old vineyard in one of the highest parts of the Maipo Valley, an area called Alto Jahuel, this is a wine of intensity and freshness. Benefitting from the free-draining soils of an ancient alluvial terrace of the Maipo River and the cool night-time air from the Andean mountains above, there is a power and purity to Casa Real, traits that ensure an instant fruity appeal is married to a taut structure and a precise finish – qualities that make Casa Real particularly well-suited to long ageing after release. Indeed, Casa Real has a track record of older vintages going back to 1989 that are still tasting wonderfully today.

This youthful expression from the warm and dry 2019 vintage has plenty of Cabernet’s classic cassis character, along with notes of blueberry and black cherry, even a touch of plum and raspberry, along with subtle cooler notes of green pepper and tobacco leaf. Complementing these flavours are cedar wood, cigar box, cocoa, vanilla and toast. Texturally, this is a dense wine, with concentrated fruit, and tight-knit tannins that give a firm, dry edge following the ripe, fleshy and warming characters at its core. A finely-, if powerfully-structured wine that’s delicious now but undoubtedly been built to last. 95 points. (Patrick Schmitt MW)