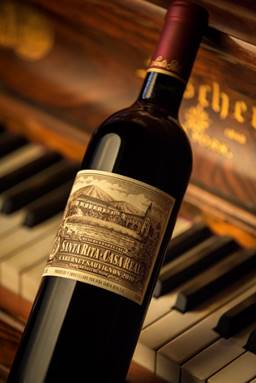 The wine, which had its first vintage in 1989, was first released on La Place last year, with the inaugural 2018 vintage boosting the brand’s presence in more than 25 fine wine markets worldwide, Viña Santa Rita said, including new market in Australia, Singapore, Luxemburg, and the Philippines.

The new vintage was sampled by db’s Patrick Schmitt MW ahead of its release, with Schmitt awarding it 95 points, commenting on its “intensity and freshness” and calling it “a finely-, if powerfully-structured wine that’s delicious now but undoubtedly been built to last”.

Viña Santa Rita’s chairman Baltazar Sánchez said that the strategy for Casa Real had always been to position it among the best wines in the world.

“We want to continue strengthening Casa Real through a quest for greater precision and bolstering its quality,” he said. “To do that, we select the best hectares with potential for Casa Real through a new innovative and sustainable planting system that we have been using in recent years.”

Grapes for the wine are grown on the ancient alluvial terraces of the Maipo River at Alto Jahuel in the Maipo Alto Valley, with Casa Rea’s winemaker Sebastián Labbé describing the Carneros Viejos block that was used as “a unique place for showing the grandeur and nobility of the Cabernet Sauvignon variety”.

“It is the source of our Casa Real, which represents the essence of the expression of the Maipo Valley terroir,” he said. “From its beginnings in the 1980s, our journey has been a legacy of understanding the setting in which it grows.”

Viña Santa Rita said the wine had “great depth and elegance, with the 2019 vintage considered a classic in Alto Jahuel”.

The season began with less winter rainfall than average, and a warmer spring, which guaranteed good flowering and fruit set. Temperatures remained cool in the months leading up to harvest (March and April), resulting in fresh and healthy grapes with very ripe tannins and beautiful aromas that were evident as soon as fermentation began.

Labbé described the wine as having a deep and intense ruby-red colour with pure aromas of blackcurrants, ripe cherries, and graphite and light notes of cedar.

“The palate is concentrated and precise with firm, round tannins that form the backbone and persistence of this wine,” he said.