Rosé and fizz are the drinks of choice for a heatwave, our poll finds

Rosé and sparkling wine varieties are the drinks of choice during a heatwave over alternative wines, research from db has found. 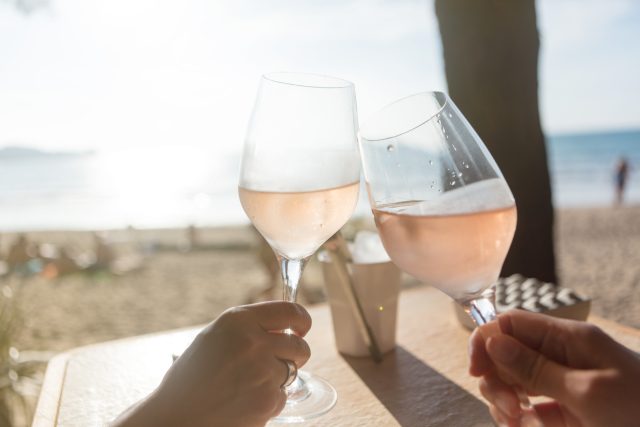 For the purpose of our poll, sparkling wines, Champagne and Prosecco were grouped together, alongside rosé, white wine and red wine.

Just 7% of those polled said they would opt for red wine during a summer heatwave, while rosé and sparkling wine styles received 34% and 30% of the vote respectively.

Almost 700 people responded to db‘s poll, the findings of which appear to tally with statistics from Majestic Wine, which saw sales of pink soar 49% ahead of the July heatwave.

Over the same period, Aldi witnessed record-breaking sales, after selling more rosé wine the week prior to the heatwave than any other weekend over the past 12 months.

Our Editor-in-Chief, Patrick Schmitt MW, commented on the findings:

“Usually bone dry, light, soft and fresh, with summery flavours of red berries, rosé is a natural choice for when the sun’s out and the days are long. Not only that, but there’s something playful about a pink drink, especially one as pretty as the dominant shade of rosé today: pale salmon pink. Combine the fresh flavour and fun appearance, and rosé has become the drink of good times, invoking images of Mediterranean holidays, with their blue seas and white beaches.”

The hot weather has caused chaos across Europe, with wildfires and drought plaguing nations including France and Italy.

And research from the University of East Anglia has found that climate change will soon mean that growing conditions in the UK will be ideal for making still red wines from Pinot Noir grapes.

Modelling from researchers for the Climate Resilience in the UK Wine Sector project has shown there may be as much as a 1.4% increase over the next 20 years.