Rebuilding the Ahr Valley: one year on from flood disaster

On the 14 and 15 of July 2021, just after Bastille Day in France, disaster struck in Germany in the form of the second most deadly flooding on record.

The storm tide of 1962 in Hamburg cost the most lives, with 315. In 2021, 134 people passed away due to the disastrous event and billions of euros of damage was inflicted throughout Germany.

An extreme amount of rainfall preceded the flooding. Both the Ahr and Mosel River burst outside its banks and destroyed 3000 of the 4200 buildings in the Ahr valley. In the end 75% of the valley’s inhabitants were struck. Rainfall throughout the whole Mosel River caused by the excess of water was a natural disaster that not only lead to heavy destruction on the people and their homes, but also for the wines and vineyards of the Ahr valley. 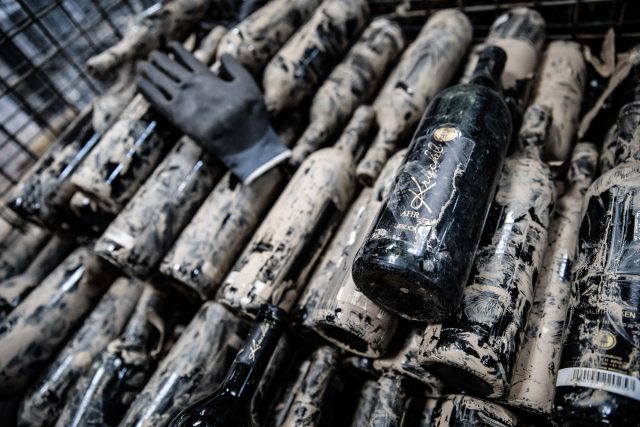 The 2021 vintage was a year on which different wineries have different opinions. Britta Stodden of Jean Stodden states of the vintage that it was “excellent”. The one week of terrible weather was the only downfall. They had great help from wineries of other regions to harvest. The quantity wasn’t great, but the quality was. “A perfect vintage 2021”, which might sound strange.

Peter Kriechel, the winery in Bad Neuenahr-Ahrweiler is also saying that the quality was great. He, however does state that it was a challenging vintage due to crop protection. External help came to their aid, meaning they could take care of the crops while the family could save belongings and the buildings. They could eventually harvest everything they wanted thanks to this help.

At the award winning Weingut Kriechel they had the biggest problems with crop protection, as evident. They’ve lost about 10% to peronospora (downy mildew) and an additional 10% due to the flood. Kreuzberg had similar issues with peronospora, naturally some loss of yield in quantity. Downy mildew is a type of fungus that infests the grapevines, especially in wet conditions such as July in 2021 here.

However, some wineries report that they’ve lost one or two complete vintages. Financially a kick in the face.

Lea from Weingut H.J. Kreuzberg tells me that there have been precautions taken before this even happened. However, it is apparent that this was not adequate in this situation. Which is understandable as there hasn’t been a flood like this before to react to. Preventive measures are being planned, but not yet put into practice.

The more obvious and smarter move is that new buildings in the region will be built higher up in comparison to before the flood. Areas directly by the river are kept clear, to give the Ahr river some space.

As the Ahr valley is most well-known for their Pinot Noir, locally known as Spätburgunder, this finicky grape variety could have been severely injured by the flood. However, the wineries tell me that the more high-quality vineyards have been saved due to the higher elevation of the vineyards. Old vines even more so. For example, the Gärkammer Spätburgunder vines are up to one hundred years old and haven’t been touched by the flooding. The heavy rainfall prior to the flooding didn’t aid the vineyards, but in the end the old vines were relatively safe. 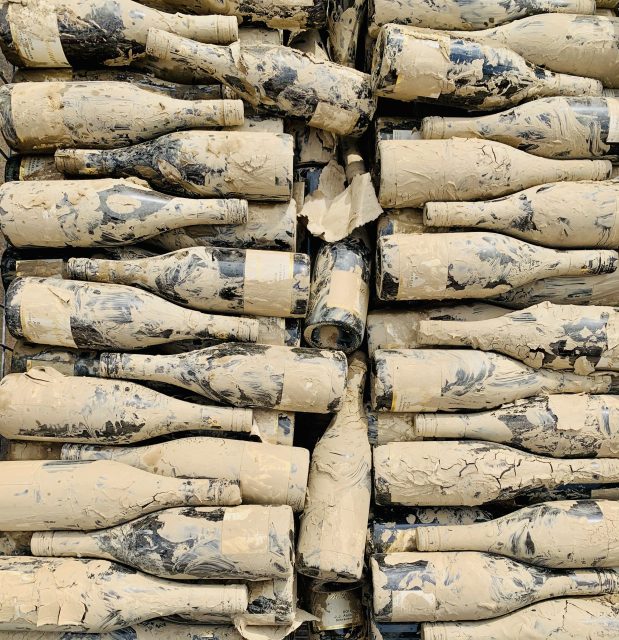 A year on, we find ourselves in a position that we still want to help. We want to remember what happened and pay our respects. An NFT for a bottle of Ahr ‘flood wine’ (‘Flutwein’) even achieved a record price with €30.000. Daniel Koller together with Peter Kriechel initiated the campaign as a fundraiser. They want to contribute to both long-term support for the wineries of the Ahr valley as well as reposition the Ahr valley as an innovative wine region. Because let’s be honest, the Ahr valley and its wines haven’t been getting the attention it deserves. This month even the ‘museum of modern Ahrts’ will be opened to keep the remembrance of the flooding alive by showcasing objects that are also preserved as NFTs in the blockchain.

The SolidAHRität (a German word play on solidarity) movement will be given a permanent space here. It’s been started up to unite wineries in Germany and all of Europe. Dirk Würtz has a podcast, called ‘Dieters Weinbar’, on which Meike Näkel should have been speaking. However, they hadn’t heard from her in a while, however they didn’t think much of it. He got told that there was a flood. Eventually the news came that the flooding was worse than expected, and that ‘they had nothing left but their lives’. Würtz posted an appeal for aid to the Ahr valley on Facebook in the group ‘Hauptsache Wein’. This blew up and grew into one of the largest relief campaigns in the European wine industry. A few days on he reported to have been showered in aid, in the form of tens of thousands of bottles, hundreds of volunteers and more.

The VDP association also had to help, as the regulating body of Germany’s great wineries. The #deradlerhilft was started, which translates to ‘the eagle helps’, referring to the symbol of the VDP being the distinctive eagle.

If there is something I’ve learnt in the few years that I’m in the wine trade, people in wine are positive minded. The glass is half full, some may add in cliché. It is true, whether it may be the wine in their veins, upbringing or simply a natural mindset, people in wine have an optimistic mindset. This I share, because in the Ahr this is also the case. The wineries remain optimistic about the future, and work on the valley with inspiring positivity. This positivity has led to the initiatives mentioned above and now an upcoming vintage 2022 that is looking relatively well.

Thoughts on the future

Prior to the 2021 vintage, the valley had a difficult few years coping with severe drought, heat and somewhat harsh conditions for the fickle grape we call Spätburgunder. But then there was 2021, no drought anymore.

Ever since 2021, the Ahr valley has been in the spotlight so there certainly is a bright future for the valley. As they develop their 2022 grapes, I would believe that the wineries have coped well even though the conditions were beyond my mental grasp. Losing one’s home and all they’ve built over the years; it must be heart-breaking. It is staggering that the people of the valley are still optimistic and continue to grow vines, make wines and share the love. People can surprise you, and here are some marvellous people making marvellous wines.

The help of the entire wine industry, standing together to help those affected by the flood is overwhelming. The feeling of solidarity with the Ahr valley is moving, and this is what has helped rebuild to now being almost ‘back to normal’ (Zurüch zur ‘normalität’).

The focus is on the future. Some people in the valley don’t feel like talking about what happened but really want to go ahead, no looking back. Hoping for a strong vintage to balance the financial predicament of 2021. It is quite the paradox as most of the world’s wineries have an excess of wine bottles due to covid—19 and nobody was buying. Whereas in the Ahr valley they don’t have enough bottles to meet demand. Everybody wants to buy the ‘flutwein’ as we should call the bottles’ labels gravely affected by excess water and mud.

Because, behind the label and behind the destruction, the quality of the wine has remained the same. It’s wines are still world-class and should be drunk by everybody, especially now.

What is left for the Ahr valley is rebuild, heal and keep doing what they do best; make wine!