A one-of-a-kind Jeroboam of Romanée-St-Vivant 2017 from Burgundian producer Olivier Bernstein has sold for a record £57,000 ($69K), making it the most expensive bottle of RSV Burgundy sold. 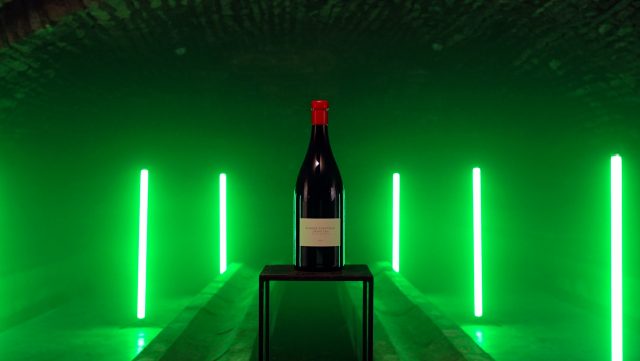 The bottle – a collaboration between one of Burgundy’s most successful producers and fine wine platform Cult Wines – was deemed the “ultimate collector’s item” for Burgundy lovers, as it was Bernstein’s first and potentially only vintage from the Grand Cru part of the prestigious ‘Vosne-Romanee’ appellation vineyard.

Six bidders from around the world battled in the online auction, with the winning bid submitting just 2 minutes before the auction closed, just under the upper limit of the pre-sale estimate of £40,000 – £60,000.  Equivalent to 4 bottles, the auction price would have clocked in at £14,250 per bottle – a considerable premium to the average price of the most expensive Romanée-Saint-Vivant from Domaine Leroy (£9,109).

Tom Gearing said that despite the global macro environment, the team was continuing to see high demand from investors and collectors for rare and exclusive fine wines. “The interest we saw in this auction reflects the growing trend of investors seeing fine wine as a safe asset in the current economic times,” he said. “Given the scarcity of top Burgundy wines it comes as no surprise that this jeroboam achieved such a staggering sum, putting it firmly in the company of iconic producers like Domaine Leroy and Domaine de la Romanée-Conti.”

Gearing added that the team will continue to innovative its CultX channel to provides collectors and enthusiasts access to iconic, highly acclaimed and exclusive partnerships.

“We plan to continue to forge new ground, working with elite global producers to establish innovative ways to give collectors a first chance to collect rare wines from iconic grand cru vineyards,” he said.