New research from the US exploring consumer trends has revealed the impact the cannabis sector could have on the wider drinks industry. 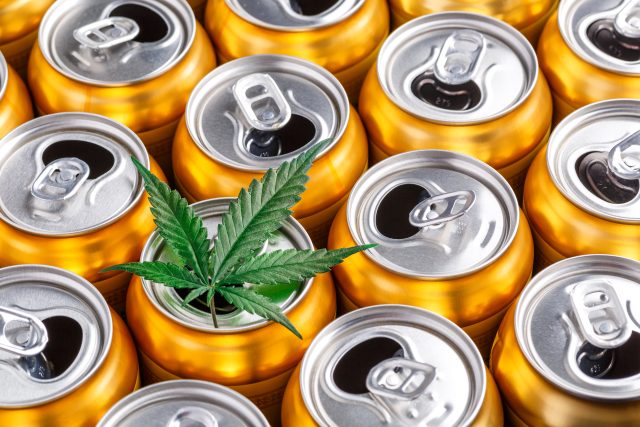 In an effort to reach new consumers, the US drinks industry has been eyeing the cannabis arena for a while, despite cautions that its rising popularity could cannibalise alcohol sales.

With the US cannabis industry on track to bring in upwards of US$46 billion and global cannabis sales forecast to surpass US$61 billion by 2026, drinks companies are poised for opportunities. However, there is conflicting advice over whether the two sectors can co-exist in harmony or if cannabis will usurp alcohol.

Big players have already been eyeing the market with interest, with Constellation Brands investing US$4 billion in THC-infused drinks. And all eyes are on Canada to see how sales develop there ahead of US and European expansion.

Roy Bingham, co-founder and CEO of BDSA, which provides market research solutions for the global cannabinoid industry, recently revealed the complexity of the situation, but insisted that “today, more consumers are pairing cannabis with alcohol than ever before, especially when relaxing or hanging out with friends”.

Bingham described how, according to the BDSA’s latest ‘Consumer Insights’ data, co-existence of the two industries could be possible since the consumption of cannabis by alcohol consumers is on the rise. He also revealed that consumption occasions for alcohol and cannabis differed enough among consumers, hinting that any threat to alcohol sales posed by legal cannabis is considered to only be “minor” noting that the number of cannabis consumers who are co-consuming cannabis with certain types of alcohol has seen an appreciable rise.

Bingham indicated that the US bar industry was unlikely to be affected, but suggested that other recreational spaces, like gyms or restaurants could see shifts in consumer behaviour as the trend for cannabis use develops and becomes more accepted and widely used alongside premium lifestyle habits. This, he observed is where the drinks sector can wade in with innovations, describing the shift as an “opportunity”.

He explained: “We’ve also seen a rise in more unexpected use occasions as consumers branch out and use cannabis in new ways, such as while indulging in fine dining or working out. This shift offers a unique opportunity for brands to focus on innovation and create new products to meet these varied use occasions.”

In the BDSA’s newest wave of ‘Consumer Insights’ data, it illustrates how more than 50% of those surveyed in cannabis-legal states have consumed cannabis in the past six months, showing that as the trend expands further, other industries will likely begin to adapt around it, seizing opportunities for innovation along the way.