11th generation Alsace winemaker André Hugel has died at the age of 92, the Famille Hugel has confirmed. 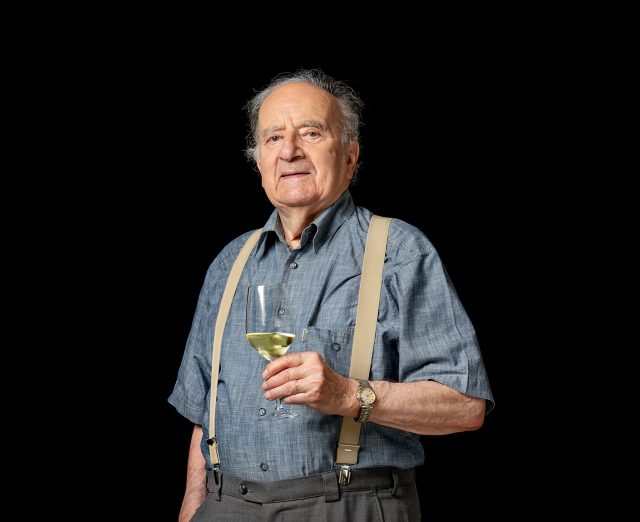 In a statement the family said that Hugel had passed away following Covid-related complications on Monday (15 August).

“Spending a few, lazy hours in the picturesque streets of Riquewihr with André Hugel, and pushing open the doors of our centuries-old cellars was like setting out on an exploration of the extraordinary terroirs of Alsace and the history of our wonderful region,” they said.

“He leaves us with the memory of an incredibly full life, unfailing devotion to the family history and unlimited tenderness towards his children, grandchildren and great-grandchildren.”

Born in 1929, Hugel trained in Beaune and Geisenheim before joining the family winemaking business in Riquewihr (Haut-Rhin), which dates back to 1639, where he and his two brothers Georges and Jean were instrumental in growing the company. The brothers also obtained official recognition for Alsace late-harvest ‘Vendange Tardive  wines – a style of dessert wine where the grapes are allowed to hang on the vine until they start to dehydrate – and ‘Sélection de Grains Nobles’ wines –  a classification for Alsace wines made from grapes affected by noble rot.

Although the family estate is currently run by the 12th and 13th generations – Marc, Marc-André and Jean-Frédéric Hugel – André kept working until the end, and contributed greatly to the dynamism of Famille Hugel in recent years, the company said. He was a particular defender of its two leading products, two, highly-symbolic cuvées with a strong, Alsatian character – Grossi Laüe (translating as ‘the best vineyards’ in the Alsatian dialect) and Schoelhammer.

Hugel was also president of the Riquewihr Archaeological Society from 1978 and of the Museum of Alsace Wines and Vineyards since 1979, Grand Master of the Confrérie Saint-Etienne wine guild in 1985, Deputy Major of Riquewihr from 1989 to 1995 and municipal councillor from 1995 to 2001.

Aside from his passion for the history of wine-growing in Alsace, Hugel was also deeply interested in Alsatians conscripted against their will into the German army in World War II and had published on the subject.