Beaujolais winegrowers are confident about harvest potential and quality of the 2022 vintage, despite extreme weather patterns throughout June wreaking havoc across French wine regions. 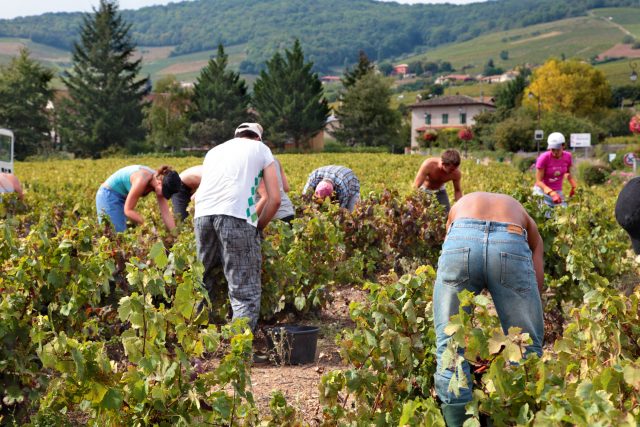 Daniel Bulliat, President of Inter Beaujolais, confirmed: “The harvest potential and health of the vines are encouraging for the time being. The rain that fell in June helped offset the lack of water experienced since the beginning of the year and green leaves are currently enhancing our lovely landscapes.”

April 2022 was a sunny, dry, but fairly cool month in Beaujolais, with the hours of sunshine topping 23%. Throughout the month, 30% lack of rainfall was recorded. The region reported fairly late bud break, which occurred on 12 April – five days later than the average since 1992.

May, however, was a record breaking month. Marked by persistent heat, Beaujolais had its hottest May since 1959; 3°C higher than normal.

As a result, flowering started very quickly and in favourable conditions, according to Inter Beaujolais.

But progress was impeded in June, which saw extreme weather patterns including high temperatures broken by a persistent storm.

The Inter Beaujolais president said of the abrupt weather changes: “Despite a stressful month of June, with frequent storms and a few areas hit by hail, the vineyard is still in good health. The weather is expected to be mild for the first two weeks of July with the return of dry weather.”

He wrote as part of a Bastille Day update: “The current dryness is keeping all of the usual maladies in check and despite hail and frost (etcetera) this year, the average yield is looking rather high…”