There are few things more English than going to a public house for a cellar temperature ale and a pack of scampi fries – indeed, pubs have been part of English culture for more than a millennium, and here are some of the oldest pubs in England.

The recent crisis of pub closures is certainly cause for alarm. However, there are a handful which have stood the test of time, enduring through war, famine and, recently, plague.

However, though there are boozers still serving which date back to the Early Medieval period, before there even was an ‘England’, the subject of England’s oldest pubs is a contentious one. While several claim to hold the title, the truth is largely lost in the mists of time. Therefore, the following is an approximation of the order of the year when it is claimed that each pub was founded. Here is our roundup of the oldest pubs in England. 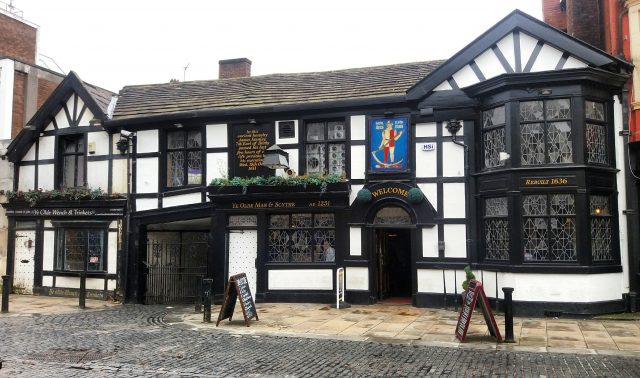 It’s a good start to a list of old pubs when the first entry has “ye olde” in the name. However, this Bolton boozer actually used to just be called ‘The Man and Scythe’ but it was changed for branding purposes. The owners claim that the first pint may have been served even earlier, during the 11th century – we just hope they’ve changed the barrel since then. 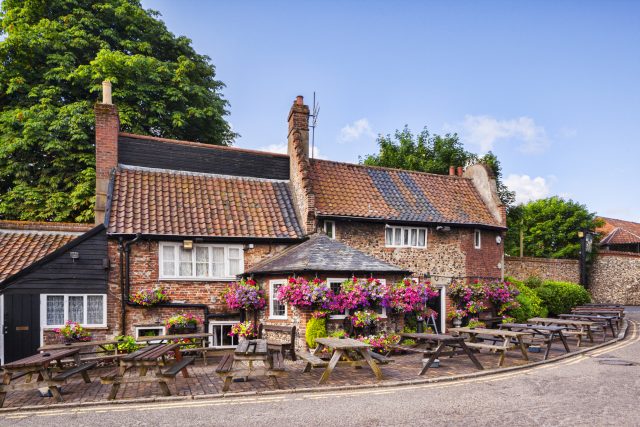 Would you believe it – despite being named after the first two humans, this Norwich pub is not the oldest in England. That isn’t to say it isn’t worth a visit if you’re in Norfolk. Norwich boasts of numerous pre-reformation churches, and the craftsmen who created them sought refreshment here. Regulars include the ghosts of Lord Sheffield and some presumably rather confused French-speaking monks.

Parts of this pub date from the reign of Henry III, and there are even Anglo-Saxon caves on the premises. The old name, ‘Archangel Gabriel Salute the Virgin Mary’, was slightly abbreviated at some point in its near-800 year history. These days it is referred to by locals as ‘The Sal’. Judging by the pub’s Facebook page, it is now a centre for Nottingham’s heavy metal scene. 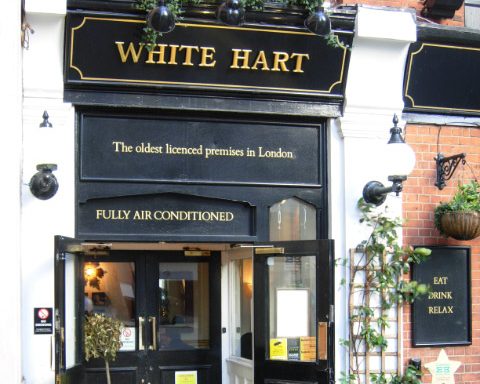 According to the Old Bailey’s archives, this is the site of the oldest licensed premises in London. On the corner of Drury Lane, the Muffin Man did indeed spawn around the pub. Supposedly, Frederic Thomas Linwood would lure children into alleyways with a cake on a string and murder them. Apparently he was also thirsty for the blood of rival pastry chefs and would dispatch them with a sharpened wooden spoon. Cheerful urban myths aside, the pub has calmed down since it was a favourite haunt for highwaymen (including Dick Turpin) and the site of regular brawls and now is largely famous for being one of the oldest pubs in England.

Despite holding the URL theoldestpub.com, this Beaconsfield boozer probably does not hold the title. Though the oldest reference to it is from the early 1200s, an alehouse likely existed on the site some years prior. It was in 1663 that King Charles II gave it its current name as the landlord had sided with the royalists during the English Civil War. There is also speculation that the famously philandering Stuart monarch may have used it as a spot for meeting mistresses. 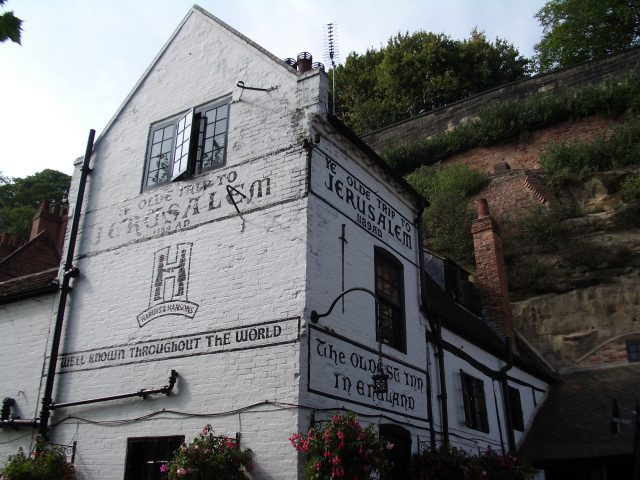 The second entry from Nottingham on this list, once again there is a convenient lack of clear evidence to confirm its date of foundation. Hunkered down at the foot of the city’s castle, it could well be that the infamous Sheriff of Nottingham himself dropped by for an ale, were he not fictional.

Stow-on-the-Wold in the Cotswolds might seem fairly sleepy today, but in the 16th century apparently there was a real witch problem, so much so that patrons carved symbols into the The Porch House’s fireplace to ward off sorceresses and their familiars. Today the pub is rather more welcoming and even accepts familiars (AKA pets) for an additional fee of £10 a night. 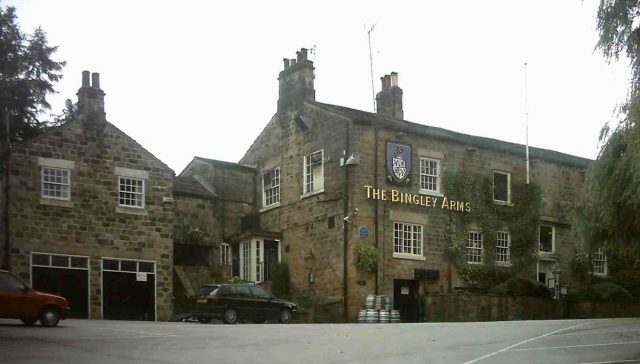 Pre-dating the rule of Æthelstan, first King of England, the West Yorkshire establishment claims to be “the original English pub”. At one point early in its rather long history it was a courthouse and then later it served as a refuge for Catholic clergy during the Reformation. 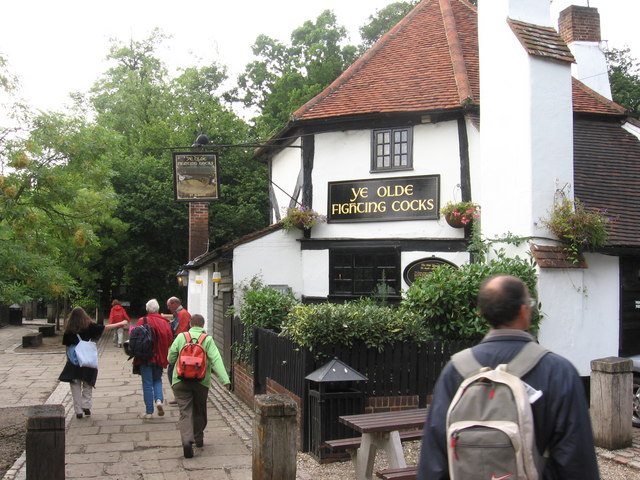 England’s second oldest pub’s run of 1,229 years (give or take) has not been without interruption. Earlier this year, the St. Albans watering hole was closed down due to the adverse trading conditions caused by the pandemic. It has since reopened with former staff members taking the reins. Its claim to be the oldest is slightly tenuous: the building itself is Early Modern, though it is claimed that ale has been served around the premises since the Viking age. Oliver Cromwell was a one-time visitor, though the puritan came for a bed rather than a beer.

Another slightly dubious claim. It is alleged that drinks were sold on this Cambridgeshire site in the sixth century – whether that constitutes an actual alehouse or an Anglo-Saxon vending machine isn’t clear. Visitors are advised to avoid stepping over the 11th century grave of Juliet Tewsley for fear of receiving a ghostly visitation. Supposedly her spirit walks around the pub on 17 March every year, the anniversary of her suicide. Apparitions aside, today the pub is owned by Greene King, though the Great Ouse ferry service is substantially reduced.