The richest people in the world of drinks: 2022

In April Forbes released its 36th annual Rich List. But forget mere millionaires, this list only deals in billionaires, offering an insight into the finances of the world’s wealthiest individuals. 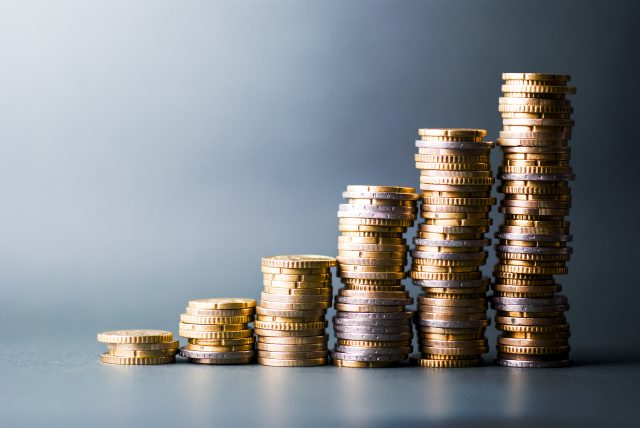 Who is the richest man in the world? That title falls to entrepreneur and space tycoon Elon Musk with an estimated fortune of US$219 billion, (£175bn), followed closely by the kingpin of Amazon, Jeff Bezos with a paltry $171bn (£137bn). The man in third place just happens to be one of the world’s biggest drinks tycoons. But who else from the world of drinks falls into the billionaire camp? We’ve scoured the list to highlight the world’s richest individuals who made (some of) their fortune from the drinks industry.

N.B: The number in brackets is their position in Forbes’ Billionaire’s List. 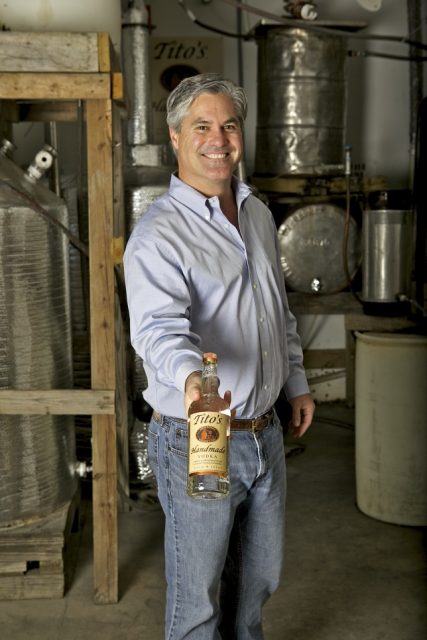 We start with Bert Beveridge, the billionaire with perhaps the most appropriate surname to match his fortune. Bert “Tito” Beveridge is the founder of Tito’s Vodka, a craft vodka founded in 1997 and made out of Austin, Texas. Its USP is that it’s ‘handmade’ from yellow corn, rather than potatoes or wheat, and distilled six times. The brand really took off after it won the double gold medal for vodka at the San Francisco World Spirits Competition in 2001.

As for Tito, he’s a San Antonio native, whose nickname is a shortened version of ‘Bertito’. He began making vodka as a hobby making gifts using a pot still. In his first year of production he produced 1,000 9-litre cases. Tito’s is now a worldwide brand that produces some 11m cases every year. 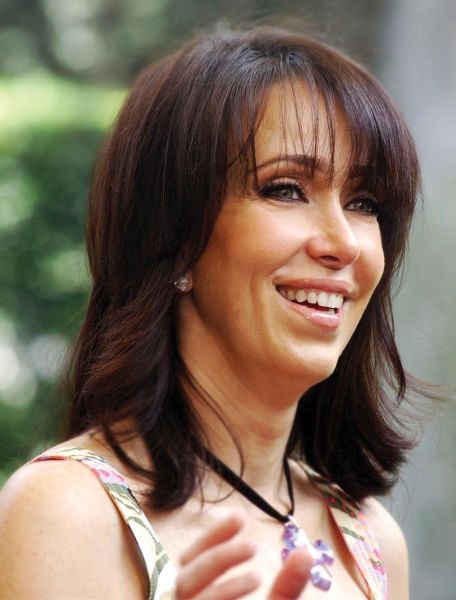 María Asunción Aramburuzabala is a Mexican billionaire and best known businesswoman. She is is the chairperson of Tresalia Capital, a venture capital firm. She was born to Spanish Basque brewer, Pablo Aramburuzabala Ocaranza and Lucrecia Larregui González, a Mexican painter. However her family ties to beer extend to her paternal grandfather, Félix Aramburuzabala Lazcano-Iturburu, who co-founded the Mexican brewery Grupo Modelo in 1925. Her father later became Executive Vice President of the Grupo Modelo brewery. But when he died suddenly at the age of 62 in 1995, the family created Tresalia Capital to diversify and protect the family business, which has since made investments in areas including private equity, real estate, infrastructure, venture capital and technology. Following the sale of Grupo Modelo in 2012 for $20bn to Anheuser-Busch InBev, Maria reinvested her proceeds into the company, where she still serves on the board of the beer giant.

While the majority of the Perrodo family’s wealth comes from oil and gas, they also have a wine business in Margaux, run by Carrie’s daughter, Nathalie Perrodo-Samani. The 250-hectare Château Labégorce estate is located on the famous Route des Châteaux and includes a stately new classical chateau and seventy hectares of vineyards. It has a history dating back to 1332, having been mentioned in the 1868 edition of “Bordeaux and its wines”, in which there is a reference to a “a vineyard belonging to the noble La Bégorce family”. The Perrodo family acquired Labégorce in 1989. The Perrodo family also acquired in 2006 Château Marquis d’Alesme, a third growth Margaux.

Nathalie’s brother, Bertrand Perrodo, was also a key backer of wine delivery service 31Dover.com, demonstrating another tie to the drinks industry. The family, who are predominantly based in London, also appeared at number 38 in this year’s Sunday Times Rich List, with an estimated fortune of £5bn, up £1.087bn compared with 2021. We can only presume that much of this staggering added wealth has something to do with the soaring price of petrol and energy over the past year? 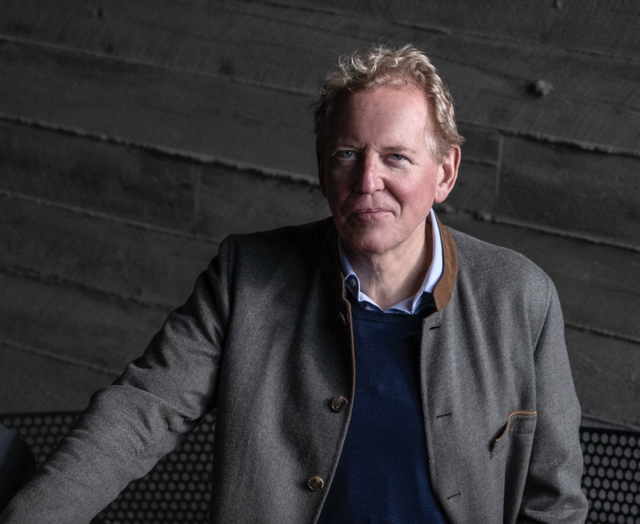 Canadian born Anthony von Mandl is the founder and chief executive of the Mark Anthony Group, an alcoholic drinks producer best-known for its Mike’s Hard Lemonade brand, and, more recently, White Claw Hard Seltzer. The latter has become the poster brand for the expansion of the hard seltzer category, which has boomed in recent years and is now expected to be worth $50 billion by 2028, according to analysis firm Grand View Research.

This year, White Claw is investing £4m to expand its presence in the UK, focusing on the festivals circuit. Von Mandl also owns wineries in Canada’s Okanagan Valley, including Mission Hill Family Estate, which was founded in 1966 and bought by Von Mandl in 1981. 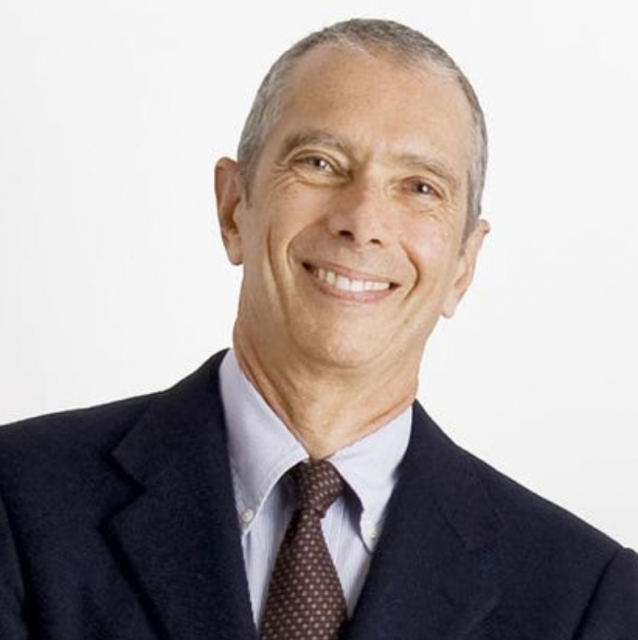 Sicupira’s wealth comes from his shares of Anheuser-Busch InBev, the world’s largest brewer, in which he owns about a 3% stake. He co-founded the company with fellow billionaires Jorge Paulo Lemann and Marcel Herrmann Telles via through the merger of Brazilian AmBev and Belgian Interbrew, which went on to become AB InBev. Sicupira also own stakes in big brands including Restaurant Brands International, parent of Burger King, and Canadian coffee chain Tim Hortons, via his private equity firm 3G Capital, which was founded with business partners Lemann and Telles (listed below). Outside of his business interests, Sicupira holds multiple world records for underwater spearfishing. 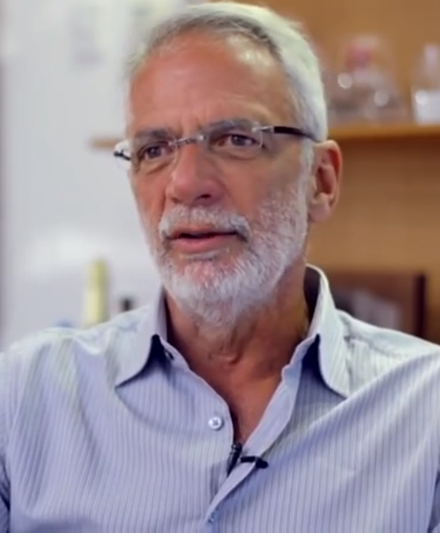 Similarly to Sicupira, Telles owes his fortune to his controlling stake in Anheuser-Busch InBev, in which he owns around 4%, along with his aforementioned interests via private equity firm 3G Capital. 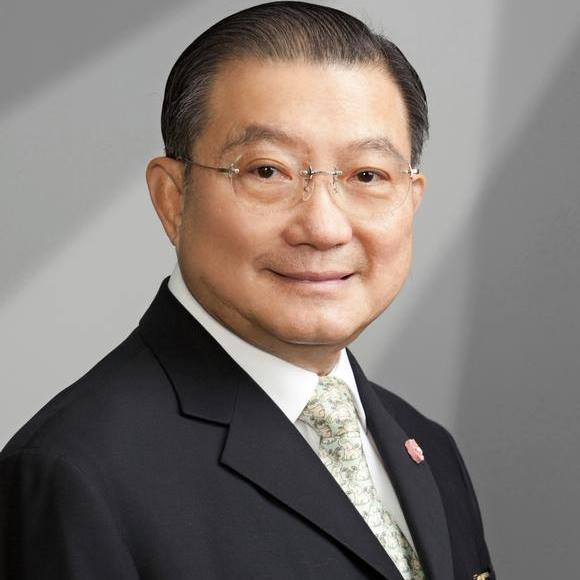 Sirivadhanabhakdi came from humble beginnings, born to a Bangkok street vendor. He built his wealth from the ground up by founding Thai Beverage, Thailand’s largest brewer. It’s best known for its Chang beer, which has long jostled for position as Thailand’s number one beer with competitor Singha. Other assets include privately held property firm TCC Land and Singapore beverage, property giant Fraser & Neave and hypermarket chain Big C Supercenter, which he acquired in 2016 for more than $6 billion. He also holds a majority stakes in Asset World Corp, which has a portfolio of 18 hotels across Thailand. In total he owns around 50 hotels across Asia, the UK, UK and Australia, including the Plaza Athénée in Manhattan. 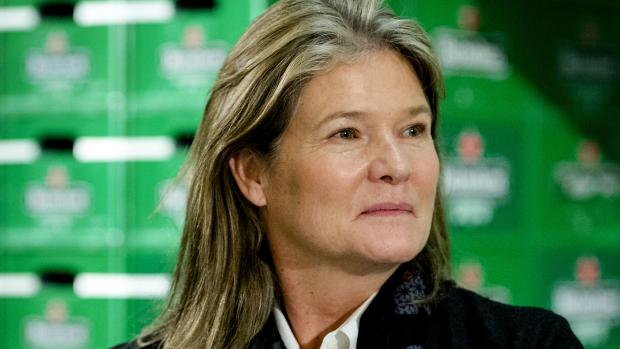 The world’s richest woman in drinks, and indeed on of the richest women in the world, Charlene de Carvalho-Heineken owns a controlling interest in beer giant Heineken. She inherited a controlling stake from her late father Freddy Heineken, the grandson of the Dutch brewery’s founder (Gerard Adriaan Heineken), in 2002. Its global portfolio comprises around 170 brands, including include Heineken, Red Stripe and Lagunitas. Charlene owns a 23% stake in the company.

Charlene’s mother also has links to the drinks industry. Lucille Cummins was an American born into a family of Bourbon whiskey distillers in Kentucky. Charlene also holds a law degree from Leiden University in the Netherlands. She’s married to Michel de Carvalho, a financier and director of Citigroup, and who is also on the board at Heineken. They live in London with their five children. 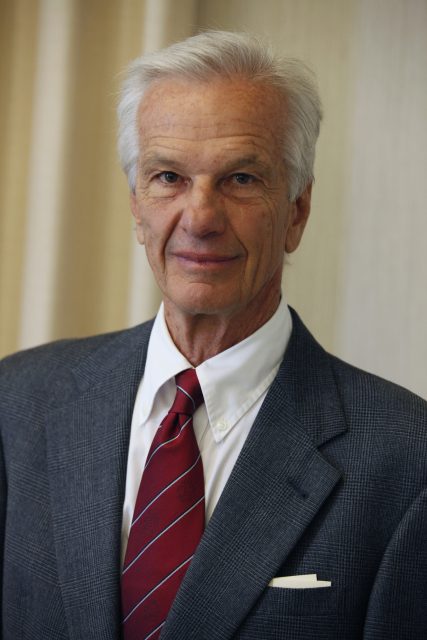 The wealthiest of the Brazilian trio of billionaires that dominate this list, Jorge Paulo Lemann, also owns a controlling stake in Anheuser-Busch InBev. He began building his wealth as an investment banker, later diversifying his interests into the world of beer alongside longtime business partners Telles and Sicupira. He retains interests in the financial markets having co-founded the Brazilian investment banking firm Banco Garantia 1971, again with Telles and Sicupira.

He was born in Brazil to Paul Lemann, a Swiss immigrant, who himself was a successful entrepreneur having founded the dairy manufacturer Leco. Lemann’s father died in a buss accident when he was just 14. He went onto receive an economics degree from Harvard while nurturing a side-act as a professional tennis player. He won the Brazilian national tennis championship five times and and also played at Wimbledon in 1962.

François Pinault should not be confused with François-Henri Pinault, his son, who has been the CEO and chairman of Kering since 2005, but who has no direct link to the wine trade other than via his father. He’s married to the Hollywood actress Salma Hayek, with the pair listed independently in the Sunday Times Rich List 2022 at number 22, with an estimated fortune of £7.1 billion. 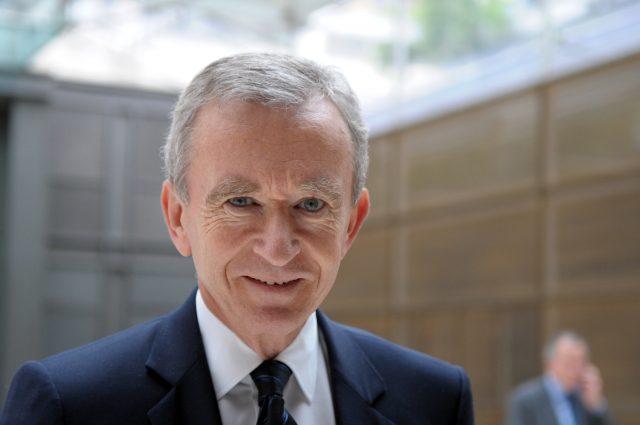 A familiar face on rich lists around the world, particularly when it comes to drinks. The third richest man in the world, Bernard Arnault is the chairman and CEO of LVMH, which owns top end Champagnes including Moët & Chandon, Krug, Veuve Clicquot as well as the esteemed Château d’Yquem. Its spirits portfolio includes the likes of Grey Goose and Hennessy. LVMH also owns top fashion brands Louis Vuitton, Dior and Fendi, which together have helped Arnault and his family amass a fortune of $158bn. That’s some $143 billion ahead of his nearest drinks-based companion on Forbes’ list. He’s not at risk of being toppled from the top spot anytime soon.