Electronic automotive and clean energy company Tesla is set to sue a Chinese company for releasing a “Tesila Beer” that is alleged to have infringed the company’s trademark. 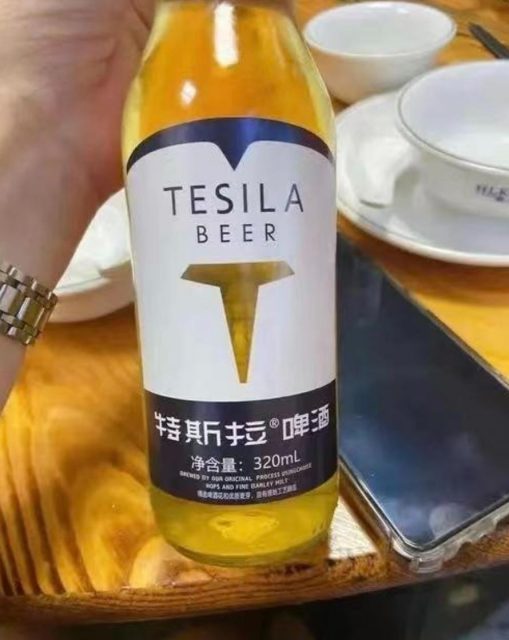 Sino Drinks Food Company, the offending company, has been selling ‘Tesila Beer’ and ‘Tesila Liqueur Soda’ with a logo that resembles a lot to that of Tesla’s in China.

According to court documents, Tesla Shanghai filed a lawsuit in March, accusing Sino of infringing the trademark of the company. The Shanghai High Court will hear the case next week on 23 June.

Trademark squatting is the practice of registering a company or brand’s trademark with the hopes of selling it back to the original brand owner for a profit by preventing them from using it in the country. Sino is also found to get involved in suspicious squatting practices over 200 trademarks from other companies, around 50 of these squatted trademarks are related to Tesla, including “Tesila”. Although Sino argued that “Tesla” can also be perceived as the well-known Serbian-American scientist, as such they doubt whether the EV automobile company can claim the ownership of the generic name.

It was not the first time for the brand to tangle in disputes with trademark infringement when it comes to alcoholic beverage products. A Chinese winery was found to release a Tesla Tequila lookalike last year.

Originally an April’s fool joke, Elon Musk brought the Tesla Tequila to life in November 2020 and the bottles were sold out just hours after it was released. In October 2021, Musk has also revealed the plan in making the company’s own beer, named “Giga Beer” on the Giga Fest in Germany.