Naked Wines has launched its first TV ad campaign, a major investment in the brand which aims to celebrate some of its independent winemakers. 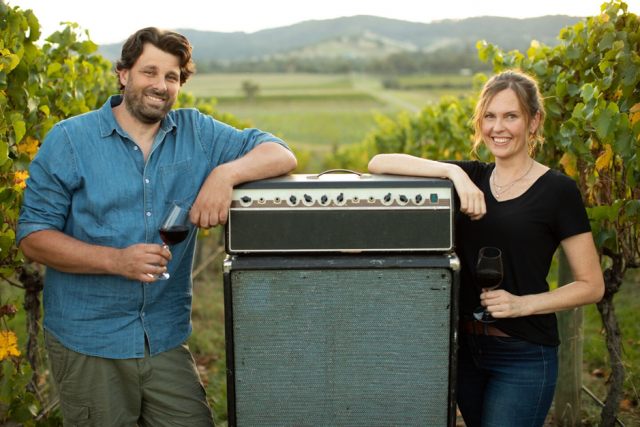 The new ‘It’s time for better campaign’, which launches now and will run until 2022, features Australian winemakers Adrian and Rebecca Santolin, a husband and wife team who have been making wines in Yarra Valley for Naked Wines for more than a decade. It focusses on the unique practice employed at their winery, which involves playing music with a heavy bass line to the wines.

Winemaker Rebecca Santolin said music is played “almost daily” in the winery, as the base vibrations “very subtly ripple through the wine in barrel, slowly helping to improve the maturation process by the gentle movement of the wine’s interaction with oxygen”.

“It is something we think might work particularly well with delicate, cool climate varieties such as our Pinot Noir and Chardonnay,” she added.

The ad is part of a wider integrated creative campaign to grow awareness of what Naked calls its “mission to liberate winemakers so they can make their best wines, without logistical and financial restrictions”, as well as highlighting its fair pricing system. The campaign also includes OHH placements on a number of  high impact sites and leading content platforms and social media.

Naked Wine’s managing director James Crawford said it was “a big moment for the whole team”, as it  and he was “immensely proud” to be in a position to make this kind of investment in our brand.

“Crowdfunding by Naked’s Angel members in 2012 meant Adrian and Rebecca could pay growers upfront and get their hands on the best fruit possible to make their wines, which are sold exclusively by us. It’s great they’re at the heart of this new campaign because their story is an excellent case study for the model’s success.”

Danielle Betts, head of brand at Naked Wines said the aim was to create a campaign that communicates how Naked’s crowdfunding model “liberates” winemakers to make better wines.

“The new ad captures the freedom of expression and individuality that so many of our winemakers share,” she said. “Our agency partners, Joint and Goodstuff, have produced stand out creative that really captures the essence of what we’re all about: creativity, passion, independence and accessibility.”

It follows a testing time for the company, which saw its shares fall by 5.5% in November to its lowest point since November 2020, with the company blaming the disappointing results on shortages and supply issues. It followed a slump in sales growth figures after a pandemic boost as lockdowns caused customers to flock to its website. The results are expected to be released this month, however in March, the company issued a trading update, saying sales would be “in line with expectations”, up 5% year-on-year on a constant currency basis (3% reported), or up 77% on a two-year basis, with repeat customer sales up 13% year-on-year and its active customers base up 9% to 964k during the 2022 financial year.