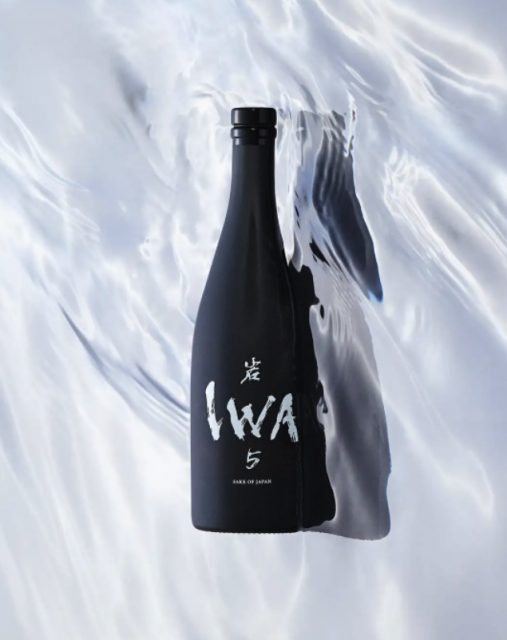 As IWA is created by Geoffroy’s skillful assemblage techniques based on his expertise in crafting Champagne, each expression shows a different look.

“The IWA 5 project continues to evolve through repeated experimental processes. On top of a very delicate and exquisite balance, I added the essence of ‘playfulness’ while stepping up the experiences I created for Assemblage 1 and 2. This paradoxical balance between “presence” and “nothingness” is my creation. It’s a pleasure to work on it, ” says Geoffroy.

According to Geoffroy, the balance between the nose and palate has become more important in the expression of sake recently, which is why IWA 5 Assemblage 3 aims to be “full of vivid energy and appetizing”.

As the official tasting notes stated, the nose of Assemblage 3 shows a botanical aroma and is more floral than fruity. After a while, this leads to deep and complex flavours, such as white pepper, resulting in a delicate balance and harmony. Powerful yet light, it won’t constitute heaviness on the palate and all senses are in harmony.

IWA was first launched in Japan in May 2020, before extending to “major significant markets in Asia”, and then to the UK and the rest of Europe in September 2021.

The latest Assemblage 3 is available now in Japan via the online store, priced at ¥14,300. The sake will soon be available in Singapore in July, and will be coming to the rest of the world soon.