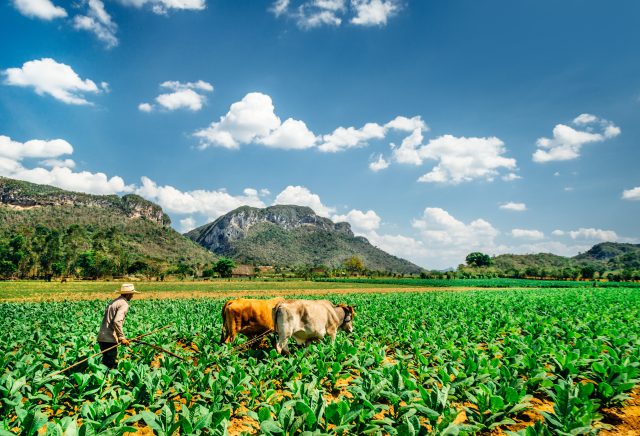 The Cuban rum brand, which is owned by Pernod Ricard, will repurpose the vinasses – the main waste generated during rum production when molasses from sugarcane are distilled – providing them free to more than 2,000 farmers living and working in the fields surrounding the distillery.

The move, which reduces the need for cattle feed imports, plays a vital role in creating a more self-sufficient local economy, which chimes well with Pernod Ricard’s sustainability goals while also reducing the carbon footprint for farming businesses operating in Cuba.

Alain d’Hardemare, operations director at Havana Club said: “Vinasses have long been treated and transformed to be reused as a liquid fertiliser for crops, reducing the water input for plant growth. After a few months of research, the team at Havana Club also discovered that Cuban cattle are also very keen on vinasses, opening up a great opportunity. Not only are we able to free up space in our distillery, but we’re able to help local farmers by donating our vinasses free of charge.”

d’Hardemare added: “The Havana Club operations team has been working hard to ensure that the distillery actively supports the environment and communities which surround it. After all, having our activity based on an island – a small ecosystem in itself – means we feel the impact of everything we do on our direct environment and on our neighbours, the local communities living close by.”

Pernod Ricard revealed that the success of the initial phase of the initiative is opening bigger perspectives to scale up this project and, while the focus is currently benefiting the immediate local community, it is still eyeing opportunities to partner with other businesses.