Variable yields due to climatic extremes are making Burgundy even more costly to produce, affecting prices at both ends of the quality pyramid, according to Frédéric Drouhin. 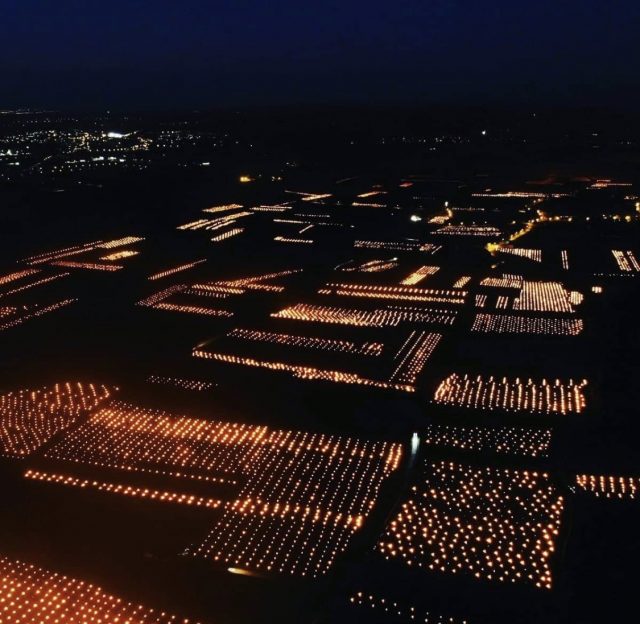 In an interview with the drinks business last month, Frédéric, who is president of Burgundy grower and negociant Maison Joseph Drouhin, expressed his concerns for the pricing of wines from this important French wine region, based on a set of threats to viticulture that are requiring expensive responses, not all of which are yet proving 100% effective.

Notably, he was at pains to stress that high retail prices for Burgundy from his domain were not a result of increasing margins, but the inflated costs of production.

Indeed, he said that he was eating into margins at the moment, and concerned that even entry-level Burgundy is in danger of becoming too expensive, making it inaccessible for a younger generation of wine drinker without the means to buy high-priced wine.

Speaking to db about the challenges for growers in Burgundy, he mentioned the increasing problem of springtime frosts – which decimated the crop last year, and have threatened production again this year – along with damaging summertime hailstorms, which too, have become more regular and can destroy the production in the plots that get hit.

Considering the longer term, he mentioned the shorter life expectancy of vines as a further problem, mentioning losses of 10% a year in old vineyards due to vine trunk diseases, such as Esca.

Interestingly, Frédéric believes this may be due to decades of clonal selection for vineyard plantations in Burgundy, which is why Drouhin opts for massale selection when replanting today, and has become a founding member of the Association for the Protection of the Diversity of Burgundy Grape Varieties, which was initiated to preserve the vine heritage in the region.

Such issues are forcing up prices both because they require costly solutions, but also because they are bringing down yields, with, in some cases, drastic reductions, even the loss of an entire harvest in certain areas in some vintages.

As a result, speaking of rising prices across the board in Burgundy, he said he was especially worried about the impact of an increasingly expensive entry-point to the region for consumers.

“Burgundy is a pyramid with entry-level wine, and I’m very proud of my Bourgogne Blanc, and if I look at my niece, Laurène, it’s what she drinks with her friends, but my concern is that Burgundy is becoming too expensive,” he began.

“We need affordable wines, because we need a broad base of consumers; we need the wealthy knowledgeable consumers as well as millennials, and we want them to explore Burgundy, but if it’s too expensive, they will not,” he continued.

Summing up on the issue of increasing prices, he said, “The consumer thinks Burgundy is expensive, but does not know all the work that goes in to it: all the pain, the stress and the costs.” 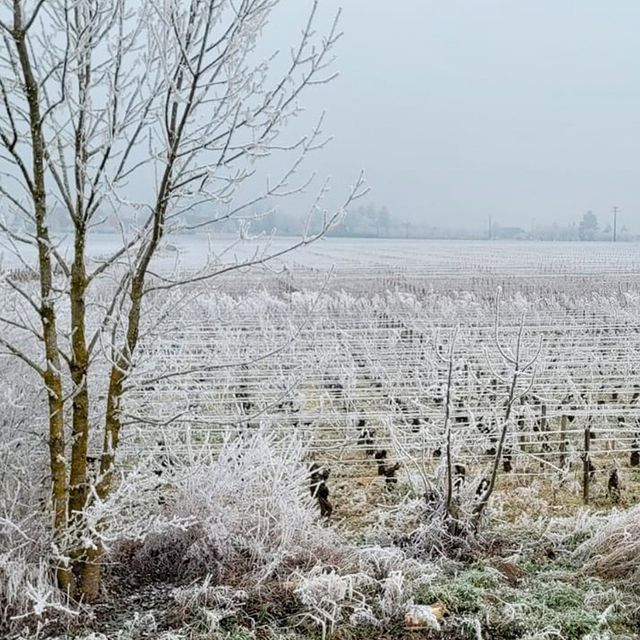 Back to the topic of climatic extremes, Frédéric gave some insights into the challenges being faced, and the impacts on yields and vineyard management.

Coming to the UK a year later than planned due to the pandemic, he was here to mark 100 years since Maison Joseph Drouhin purchased its first vines in the Clos des Mouches in 1921.

As previously reported by db, the producer had intended to make a special cuvée from the 2021 harvest using a 450-year-old wine press.

However, so low were the yields last year, there simply weren’t enough grapes to employ the ancient tool, which, despite dating from 1571, still “works very well”, according to the producer’s head winemaker, Véronique Drouhin.

A frost in early April was so severe, and the damage to early-budding vines so extensive, that the yields were reduced by 85% in the Clos des Mouches – while the crop was completely destroyed in Drouhin’s nearby Meursault Les Perrières and Puligny Les Folatières vineyards.

For Burgundy as a whole, production was down by 50%, but for the whites of the Côte de Beaune, where the Clos des Mouches is located, the losses were even greater, according to Frédéric.

Having pointed out that the great vineyards on the slopes – or côtes – of Burgundy were more damaged by last year’s frost than those in the valley, he said it was similar to a bout of destructive sub-zero springtime temperatures in 1994, which was dubbed the frost of the rich, because the biggest losses were among the premier and grand cru Chardonnay vineyards of the Côte de Beaune.

Having lost much of harvest in 2021 to frost, he’s keen not to suffer the same losses again. But already this year, he’s had to face sub-zero temperatures as the vines were budding. Thankfully, he had bought enough ‘candles’ to warm the vines (pictured above), and lit them in time to save the buds from frost damage.

But these heat sources are expensive, costing as much as €5,000 per hectare – and that’s without the cost of paying staff to light them in the middle of the night.

Making the frost so destructive, he added, is the fact that bud break is now two weeks earlier than it was in the 80s, occurring in early March, leaving the vineyards of the Côte d’Or at risk from frost for three months – sub-zero temperatures can occur until mid-May, a period marked by the Saints de Glace (named after St Mamert, St Pancrace, and St Servais, whose saint’s days are on 10, 11 and 12 May respectively).

Then there’s the threat of hail, which he said was a problem for one vintage in 30 in the past century, but much more common today, with Drouhin suffering three destructive summertime storms over the course of three consecutive vintages in the last decade: ’12, ’13 and ’14.

“We have challenges to face,” said Frédéric, “And they are costly,” he concluded.