Jean-Louis Chave has been named as the 2022 recipient of the Winemakers’ Winemaker award at a ceremony during ProWein today. 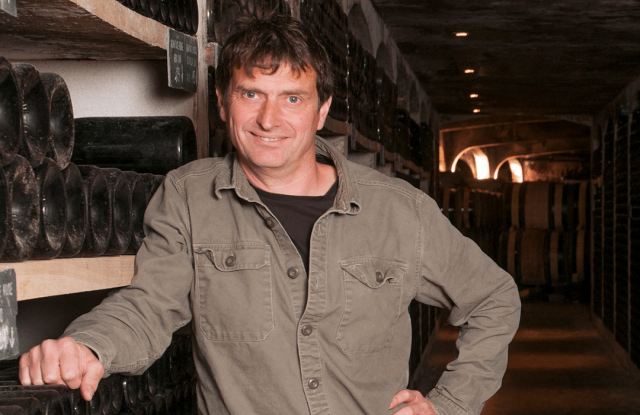 On receiving the award, Jean-Louis Chave said, “I am very proud to win this award, especially coming from the Masters of Wine whom I admire so much. It’s impossible to make a wine from a vineyard that doesn’t inspire you, and a good winemaker should give a sense of the place in their wine. It’s more than a technique; it’s a deep understanding of the terroir and its history, which I try to express in my wines.”

The Chave family has been producing wines in the northern Rhône Valley for over 500 years. After completing his undergraduate studies at the University of Connecticut and a degree in oenology at UC Davis in California, Jean-Louis took over the family helm as the 16th generation winemaker.

The family’s reputation and heritage firmly belong to the Hermitage hillside, where they own 15 hectares of vines producing extremely fine, and widely collected wines.

To diversify the family holdings, when Jean-Louis took over from his father Gérard in 1992, he replanted vineyards on the family’s original estate in Saint-Joseph. The site had been abandoned in the early 1900s when phylloxera hit the region. He also started a négociant label, JL Chave Selection, which releases a variety of red and white wines from the Northern Rhône, offering consumers an accessible way to experience the Chave family wines.