Austrian doubles down on export success

Austria set out plans to build on the record export growth achieved by its wine producers in 2021 as the country welcomed visitors back to the first VieVinum trade show in four years. 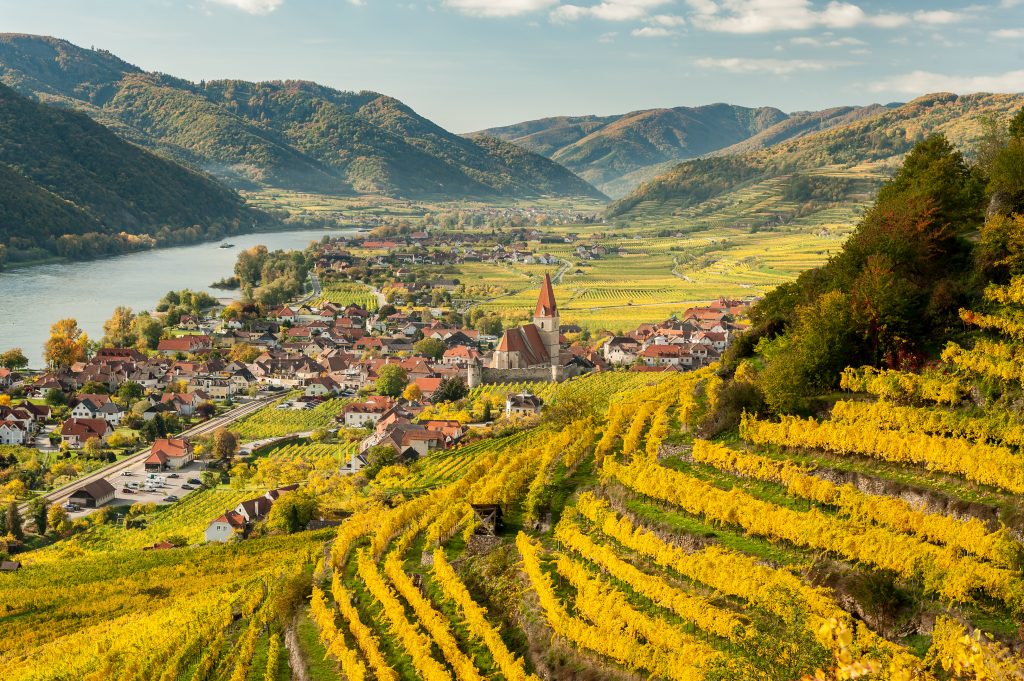 The three-day event at the Hofburg in Vienna attracted more than 1,000 international visitors from 53 countries, with the general public also admitted each afternoon. Visitors could taste wines from around 500 producers, with the additional chance to attend 23 masterclasses or tutored tastings. As a minor concession to Covid-19, which forced the cancellation of VieVinum 2020, visitor numbers were reduced and exhibitors were given extra space.

Chris Yorke, CEO of the Austrian Wine Marketing Board, hailed the country’s 2021 wine export performance as “the largest growth we’ve ever had.” From a total value of €183 million in 2019, rising to €187m in 2020, 2021 saw Austria’s wine exports leap to €217m, including a major peak in February and March as many of the world’s restaurants reopened.

“In the last two years we’ve had to support whatever channels were open and so we needed to be very flexible,” outlined Yorke as he stressed the high level of activity maintained by the AWMB despite severe obstacles posted by the pandemic.

2021 saw the organisation run 24 masterclasses in four countries, arrange an online tasting for Germany, its largest export market, and host several digital press trips. It was eventually even possible to take 103 producers to Switzerland, Austria’s second largest export market, for a two-day event in Zurich, which Yorke noted was not only the AWMB’s biggest event of 2021 but also the largest wine event to take place in Switzerland that year.

“My biggest concern of the last two years was that Austria wines were dusting up on the shelves,” he remarked. To prevent this stagnation, Yorke explained, “we ran a lot of promotions in-store for people to try Austrian wine. Particularly in retail it was really important that we continued to drive things.”

Back at the AWMB offices, the team created a “Digital Wine Hub” green room that could be used as a film studio and has continued to be useful even as pandemic restrictions ease. “It gives us all sorts of opportunities if we can’t travel,” observed Yorke.

One major educational project of the last four years has been to digitise the extensive vineyard information available for each of Austria’s wine regions. The interactive website www.austrianvineyards.com allows users to zoom into maps right down to the level of individual vineyards. Layered on top of this map is detailed geodata showing factors including orientation, incline and climate. The tool was further strengthened recently to overlay data on the grape varieties planted in each vineyard.

Looking ahead, Yorke expressed an ambition to move the US market up a spot from its current position as Austria’s third largest foreign market, with an 8.7% share of exports worth €18.9m. The US was a particularly strong growth area for Austria in 2021, with shipments here leaping by 23% in value. Canada also saw a major value rise of 65.5%. Exports to the UK, Austria’s eighth largest overseas market, rose by 17.9% to reach a total of €5.7m.

Despite this record international growth, Yorke maintained there remains considerable scope to develop Austria’s wine exports, which still account for a small proportion of the country’s total production. He noted: “Three out of four bottles produced in Austria are drunk in Austria.”