Confidence in Britain’s boardrooms is at its lowest level since the autumn of 2020 when coronavirus was at its height. Only, this time it’s the the war in Ukraine which is sending inflation rates soaring. 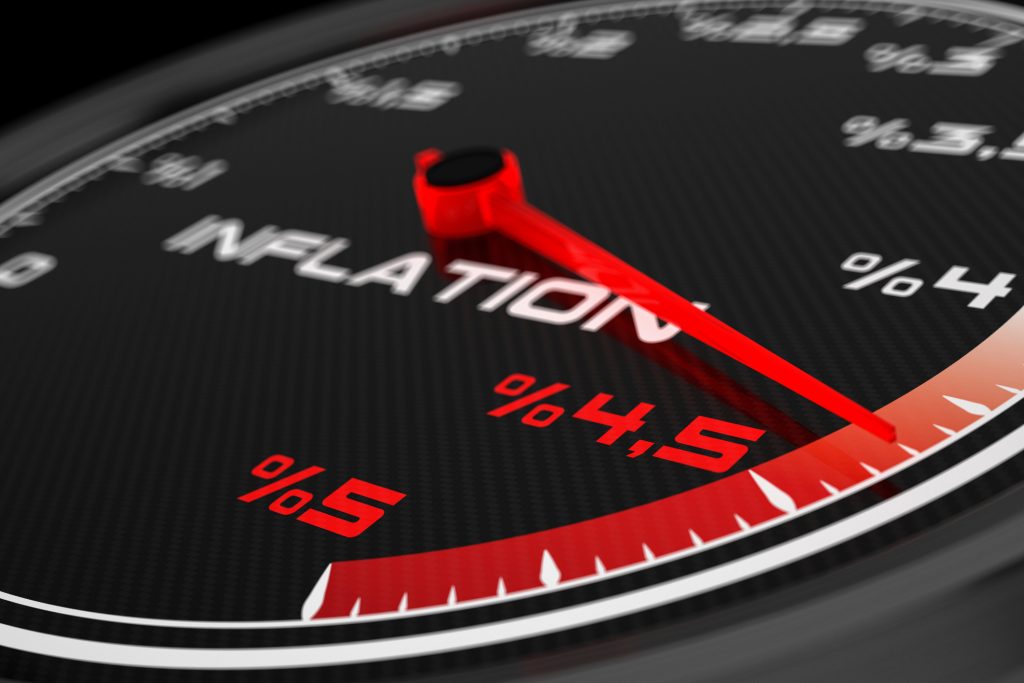 The ongoing Russia-Ukraine conflict is forcing up energy costs and with this comes the prospect of the highest inflation rate for 40 years, which is causing delays in investment. That was the finding of the latest monthly survey by the Institute of Directors.

Add to this, the increases in national insurance rates and the national minimum wage that came into effect on Friday 1 April (not an April Fool’s) and it’s easy to see why many companies are anxious about this year’s prospects. Concerns are especially grave in the hospitality sector, which may end up bearing the brunt of the sharpest fall in living standards since the Second World War.

But how has all this affected global drinks producers? The war in Ukraine and withdrawal (at least for the time being) from the Russian market has taken its toll.

In the second half of 2021, Russia was one of the most buoyant markets for many producers. Now that has changed as companies have ceased trading there (at least while the war continues). Some drinks brands such as Carlsberg and Heineken are considering pulling out permanently, which has impacted share prices.

In the first three months of this year, Diageo and Pernod Ricard, the two largest spirits producers outside of China, have seen their shares slide by around 4.5%.

Other European companies have fared less well. LVMH (for whom the closure of the Russian luxury goods market is a notable blow) has lost around 11% of its value since Christmas, while Rémy Cointreau and Davide Campari Milano are down by 12% and 16% respectively.

In the same period, London’s FTSE100 Index actually rose by 2% but the Paris stock market has shed 6% of its value, largely on fears of soaring energy costs for continental companies if President Putin turns off the gas taps and sends the cost of energy punitively high in the European Union.

Across the Atlantic, the New York stock market has lost almost 5% since Christmas with shares in Constellation Brands 8% below their level on New Year’s Eve while Brown Forman has shed 16%. However, the parent company of Jack Daniels has enjoyed a surge since the UK agreed to abolish its penalty 25% tariff on Bourbon two weeks ago.

Down Under, Treasury Wine Estates, facing a resurgence of the pandemic in its home market, is 4% off so far this year.

Unsurprisingly, investors are unanimously less optimistic about drinks shares than they were three months ago. This, however, needs putting into some context.

During the pandemic, the sector demonstrated its resilience and adaptability to cope with rapidly changing demands and markets. Their share prices all stand far above the levels of two years ago when trading forecasts were being ripped up in the face of on-trade shutdowns  and stock markets were plummeting.

Apart from technology, drinks producers have been among the best performers since the doom and gloom of Easter 2020.

While the London and Wall Street markets have gained about a third, on average their shares have risen by 65% and apart from Treasury, which was battered by China’s tariffs on Australian wine, they have all moved well above pre-pandemic  levels.

Diageo and Pernod Ricard are both 50% up while LVMH has seen its shares double in value in the past 24 months.

Rémy Cointreau and Campari have put on 92% and 76% respectively and Constellation is 75% up.

The more pedestrian Brown Forman, which was caught out by the switch to RTDs during the US lockdown, has gained about 20% in the past two years.

Investors and analysts will pore over Constellation’s quarterly trading results for clues as to how the US market is holding up when they are released later this week. The same will be true of LVMH’s annual meeting, to be held in three weeks’ time, when chairman Bernard Arnault will be expected to comment on how far the war in Ukraine has hurt the world’s largest luxury goods group.

One thread expected to be further developed over the next round of results is the rapidly growing importance of data gathering and e-commerce, which all the key players emphasise as a crucial tool in the development of their businesses.

And that is not only becoming more evident in the West.

In China, Kweichow Moutai, the publicly traded, partial state-owned enterprise specialising in the production and sales of baijiu, has seen its shares rise by 56% in the past two years despite the recent resurgence of coronavirus in the country and especially the current lockdown in Shanghai.

However, the world’s biggest alcohol group is not content with its sales and margins and wants to improve its route to market by bypassing wholesale distributors and other e-commerce platforms.

It has launched its own online sales platform through an app – iMoutai – which was the most downloaded app on the Apple store last Tuesday, underscoring consumer demand for a baijiu that is typically sold for more than US$300 a bottle.

The global groups actively developing their markets in China will be watching with interest.