Kitchen Nightmares star chef Gordon Ramsay has launched Ramsay’s Gin with Eden Mill St Andrews, said to be inspired by the landscape of Scotland, with a focus on sustainable produce. 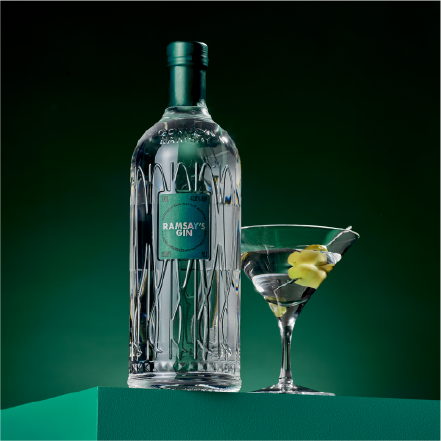 “It’s exciting to work with a team that shares my passion for experimenting with unique ingredients, and we’re very fortunate that the distillery is a stone’s throw from where these exceptional botanicals can be found,” the chef said of his latest collaboration.

The internationally renowned chef, who was born in Scotland, aims to showcase the best and most exciting flavours in the Scottish larder with the gin range, which is crafted in partnership with Eden Mill.

Ramsay’s Gin Recipe No. 1, which retails at £28 per 70cl bottle, is a twist on the classic London Dry Gin.

The botanical base of the gin is infused with honeyberries picked from fields surrounding the distillery in St Andrews. Mara seaweed is harvested sustainably from the coasts of Fife in Scotland.

In order to improve sustainability, the bottle housing the gin is said to use 18% less glass than an industry-standard bottle.

Six Rivers was inspired by the unique local flavours of Fife, and named after the Eden river, which runs past Eden Mill distillery.

A limited small batch of the first release, Six Rivers: Eden Gin, was released last October. Ramsay’s Gin has been produced in the wake of the first offering’s success.