The Cotswold Distillery has appointed former BBR managing director Jeremy Parsons to head up operation as CEO as it plans a major new expansion. 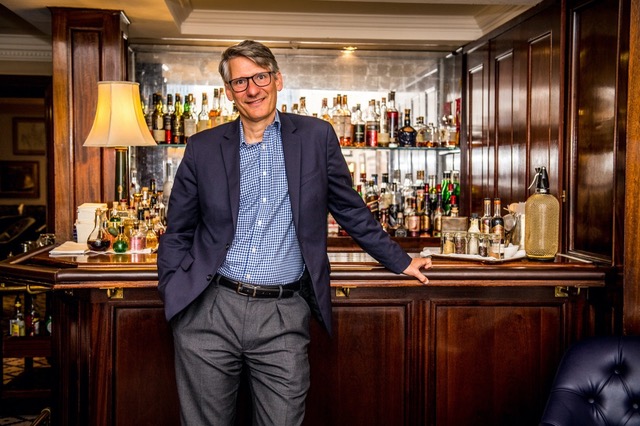 Parsons will take over the chief executive role in June, working alongside the existing management team, with founder and CEO Dan Szor moving into the role of executive to focus on long-term strategy and developing the range of spirits.

It is part of a wider expansion of the distillery – one of England’s largest – which will see the operations scaled up as the company looks to build the Cotswolds Distillery brand, both in the UK and internationally.

Parsons has joined the company from Beamish International, the Edinburgh-based company that specialises in the sale of ultra-premium single cask whisky. During his time as COO, he helped take the business’ turnover from £6m to £15m over three years, and he will continue as a non-executive director at Beamish.  Prior to that, he was at Berry Bros. & Rudd for ten years, joining as CEO of its spirits business, where he grew the premium spirits offer, including Cutty Sark Whisky, Glenrothes Single Malt and Berry’s No. 3 Gin, before being appointed as CEO and then md. He had previously spent more than 20 years in the industry, working in a variety of roles at Constellation Brands and Diageo among others.

Founder Daniel Szor said Parsons industry experience and management skills would be invaluable as he company grew, as well as his talents for brand-building and brand management.

Parsons said he was looking forward to joining The Cotswold team at an exciting time for the business.

“Having spent the last three years working in the ultra-rare whisky sector building the structure and sustainability of a now leading advisory firm, it was a good time to take on a new challenge and to join Dan at The Cotswolds Distillery – a company I have much admired for a long time,” he said.

As previously reported by db, the Cotswolds Distillery recently announced a significant expansion in production of its single malt whisky with a new dedicated whisky distillery at its Shipston on Stour site in the North Cotswolds. This will help it produce around 500,000 litres of pure alcohol each year, the company said, primarily targeting international markets.

Last year the distillery saw growth of 30% in volume and 35% in value in 2021 compared to the previous year, due to “significant” growth in the off-trade, key international markets, and online sales via e-commerce, Szor said, with its Single Malt Whisky growing 122% year-on-year in the off-trade (Nielsen Take Home Total Market MAT Value Growth w/e 15 January 2022).

The expansion comes off the back of this success, Szor told the drinks business in a recent interview, noting that in the “cruel” whisky business, “you have to think at least five years ahead”, if not more.

“We learned the lesson from starting too small, and as a result, we had to work hard [to keep up with demand] keeping the stills going,” he explained. “Scale, to some extent, is your friend in distilling, and most distillers come to that realisation.”

2021 was a key year for the brand when its whisky, which was first released in 2017, “came into its own”, helped by the brand recognition (and cashflow) generated by its gin brand.

“It was the first year we really saw demand really take off – both internationally and in the UK,” he explained. “What pleased me the most was the success of our entry level whisky, our flagship single malt in national listing in Sainsbury’s and Waitrose,” he said. “If it can compete with established Scotch single malts in the aisles of Sainsbury’s and Waitrose, not just in the high-end specialist whisky shops, then that a sign for me that there’s a lot of room for growth.”

The distillery is one of the founding members of the fledgling English whisky marketing group, which db reported on last month.

However, Szor said he wanted to see the revenue of international markets rise from 20% now to around 50% over the next few years.

“I would like to double or triple our non-UK business. We are already present in 40 international markets so growth has been good, but obviously you can’t do that by aggressively growing g40 markets at a time,” he said.

As a result, the team will be concentrating on those with the biggest potential – the US and France, where they already have a team on the ground, and Germany, where they are looking to bring a new member of the team.  Other key markets include Japan and Australia.

France, he noted saw a 40% increase in sales last year, notably from the independent off-trade or ‘cavistes’.

In addition to direct export, Szor said that global and local travel retail was likely to see a comeback after two very hard years. In February, it appointed Lynsey Eades to head up its international sales and global travel retail.

“The trend is that people are looking for local products from the place they’ve visited,” he said. “My belief is that travel retail will return to the pre-Covid trend to trying to enhance stores’ offering and margins – there are better margins for the more premium and craft brands.”

Szor said there were no plans to widen the range or add too many new releases. It launched its core expression, the Cotswolds Signature Single Malt Whisky, in October 2017, followed by Cotswolds Reserve Single Malt Whisky in late 2021. There are also four single malt whisky expressions in its cask collection, and yearly limited-edition whiskies from smaller parcels of casks in its Hearts & Crafts collection.

Szor said that there was a lot of passion among whisky collectors and lovers for new releases but said that personally, he preferred not to “abuse” this with an oversupply of limited additions. “There is an unlimited number of ways that you can put casks together and produce really great liquids, but just because you can, it doesn’t mean that you should do that endlessly,” he explained. “It’s important to let people have time to get to know the core whisky, the house taste and the distillate character, rather than releasing [new] things every two months.”