We consider the drinks trends that have been most affected by the pandemic, as well as the areas of sales growth in the future. 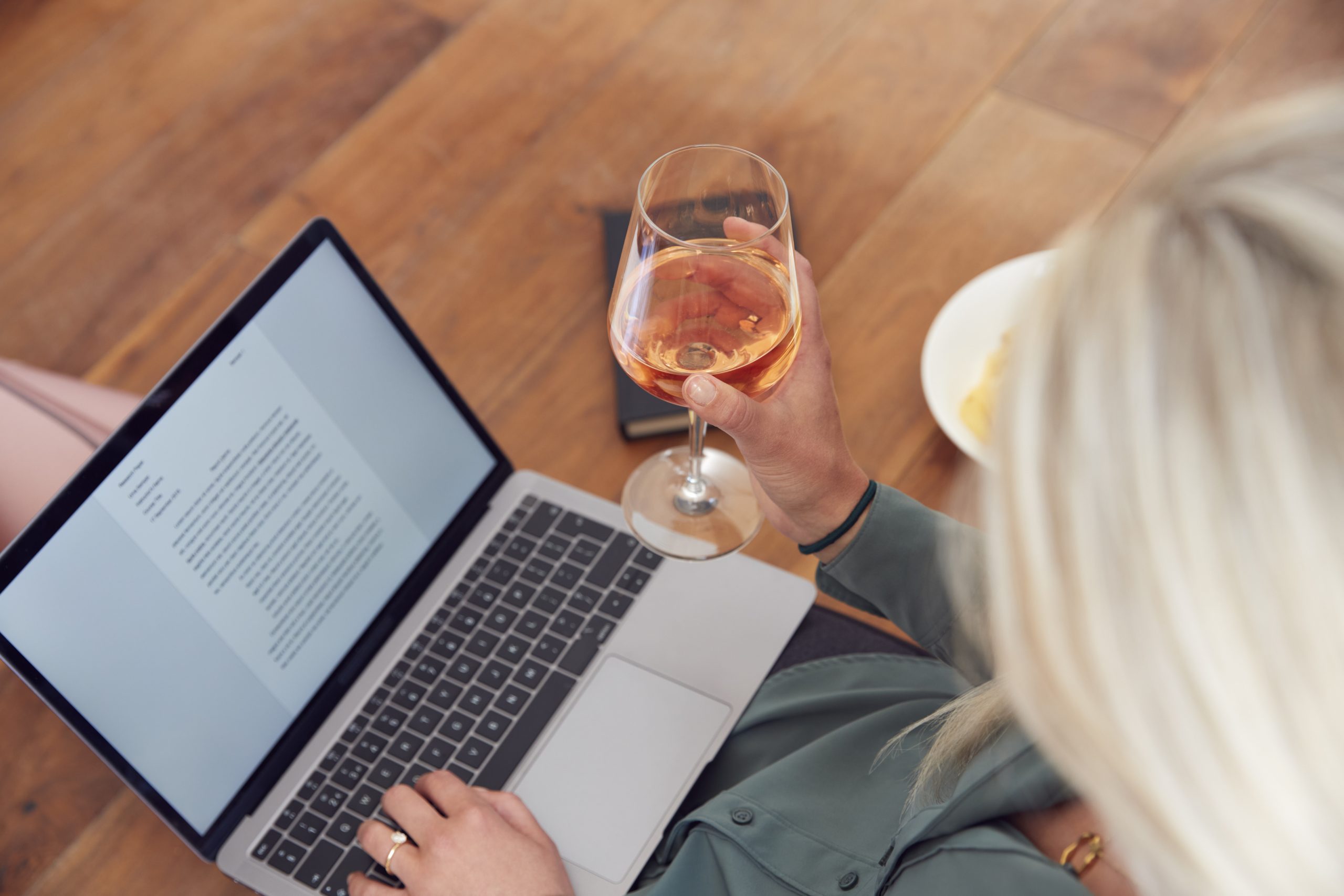 Despite fears to the contrary, alcoholic drinks – even a celebratory one like Champagne – weathered the pandemic relatively well, with global alcohol volume sales declining during 2020 by 6.2% according to the IWSR, which was better than initially forecasted – the dip was expected to be double that amount.

As for the past year, the impact of Covid has of course still been felt, with trading restrictions remaining in place in many parts of the world, and hence there was an overall decline too, albeit a reduced one, with a drop of 2.9% for alcohol sales during 2021 compared to the previous year.

Looking ahead, however, the IWSR are expecting a return to growth for the overall market in 2023, with a projected increase for 2021 to 2025 of 1.5%, a figure that was shared with the UK drinks press at a Vinexpo Paris briefing late last year by Lulie Halstead, CEO of Wine Intelligence, which was acquired by the IWSR in January last year.

Among the drinks categories expected to grow fastest over this period, the leader is RTDs, which actually enjoyed a sales rise during 2020 and 2021 of more than 26%, and is expected to grow over the five year period from 2021 to 2025 by 10%, according to the IWSR.

The next biggest in terms of growth rate from 2021-2025 is cider, followed by beer, then spirits, and finally wine – see figures, bottom.

Commenting on the performance of the overall drinks category during the past two years, Halstead said that it “has proved itself to be one of the most crisis-proof consumer goods categories”, before congratulating “fast-pivoting suppliers” for “surmounting severe structural challenges” posed by the pandemic.

Having stressed the “resilience” of the drinks sector during the pandemic, Halstead then outlined a set of key developments, which she classed as “pre-Covid trends that were accelerated during 2020”, and therefore areas of opportunity for the future.

Among these, she picked out four trends in particular, which were premiumisation, e-commerce, moderation, and drinking at home, which we’ve looked at in more detail below.

“Significant premiumisation opportunities exist,” as a result of the pandemic, said Halstead, noting that while there may have been pre-Covid growth in “premium price bands” among wines, beers and spirits, this trend has “been accelerated” by the ongoing crisis.

Such a development she attributed to the “restricted mobility of luxury consumers”, which encouraged them to buy “ultra high end” drinks from local sources.

Looking ahead, premium sparkling wine (which includes Champagne) is an area of particular growth according to the IWSR, which Halstead said was based on a continued increase in sales in the US, and expected increases in China.

She also said that “premium and above” still and sparkling wines were forecast to grow over the 2021-25 period in the US, UK, France and China, with the US home to the highest proportion of “premium wine drinkers”, comprising 41% of the wine drinking population.

Other countries with a high proportion of these higher-spending wine consumers are Brazil (35%) and South Korea (31%), while 16% of regular wine drinkers in China are classed as “premium” consumers.

Meanwhile, Halstead said that 12% of the UK’s 23 million “regular wine drinkers” are “premium”, with “regular” referring to those who drink wine at least once a month. (According to Halstead, around 95% of wine by volume in mature markets is consumed by “regular” drinkers).

The rapid increase in drinks sales through the internet has been well documented by db already, so it was no surprise that Halstead should pick out e-commerce as one of the major developments of the pandemic.

Importantly, while Halstead observed “a significant uptick” in alcohol sales via the internet over the past 18 months – both from market and consumer data – she said that such purchasing behaviour is expected to remain.

“It [buying drinks online] was driven by operational reasons – people didn’t or couldn’t go out – but there is clear evidence that the consumer is now saying to us, ‘I now feel comfortable buying beverage alcohol online, because it’s convenient,” she recalled, stressing the fact that such purchasing behaviour was here to stay.

While one consumer trend accelerated by the pandemic concerned trading up to better, pricier drinks, another related to a shift to drinking less, or, moving towards lower or no-alcohol products.

As previously reported by db, Halstead drew on Wine Intelligence data to show that almost 40% of regular wine drinkers are now actively moderating their consumption, particularly among younger age groups.

“This might be drinking less alcohol at certain occasions, or reducing the strength, or choosing not to drink at all at some occasions,” she recorded.

She also said that “new evidence collected during the past 1-2 months” showed that some consumers were “switching”, which meant alternating between alcoholic and non-alcoholic drinks during an occasion, such as from a glass of wine to tonic water, and then back again, or choosing to create their own mixed drink to lower the alcohol content.

While she observed trends from the consumer research to show that some drinkers were giving up alcohol for certain periods, for example, taking part in a ‘dry’ month, she said that the trend now appears to be “moderating more smoothly across all life, rather than big ups and downs”.

She also noted that “No-alcohol is outperforming low-alcohol in some markets as consumers generally are looking for ‘all or nothing’ options.”

However, this does vary according to the type of drink, with no-alcohol beer forecast to grow more than low-alcohol variants, and in wine, this trend is reversed, with low-alcohol offerings becoming more popular (see below).

The final trend concerns the impact of Covid on drinking at home, which saw a marked increase due to the restrictions imposed during the pandemic, particularly the closure of bars and restaurants in many parts of the world.

Indeed, as noted above, the resilience of the drinks sector during the crisis is strongly related to the ability of drinks businesses to shift their supply from the on-trade to retail, be it shops or e-commerce.

Dubbing the trend “enhanced home-premise experiences”, Halstead said the pandemic has made the enjoyment of fine drinks at home “part of everyday life, especially in developed markets”.

“People are doing more socialising at home, and elevating home occasions to make them feel more special,” she said.

Also, such a shift to drinking at home explains the growth in RTDs, which jumped in sales during the pandemic as consumers chose to consume the same sort of cocktails they might have ordered in a bar at home, in a pre-mixed form.

This category was also helped by the move to outdoor socialising enforced by Covid-related restrictions, where the convenience of an RTD has been preferred.

It should be added that the growth in this sector has primarily been driven by hard seltzers in the US, a type of drink that now accounts for around 50% of RTD sales in North America.

Interestingly, the trend to at-home consumption has also benefitted wine. Halstead explained, “Some consumers have been telling us that before [the pandemic] they would not think about opening a bottle of wine because they might be not in the next evening to finish it, but now they know they will be in, they have no reason not to open it.”

See below for the sales volume trends in key drinks categories according to the IWSR, taking in the immediate impact of the pandemic on performance, followed by trading during the past year’s Covid-era, and finally, the forecast recovery rate.