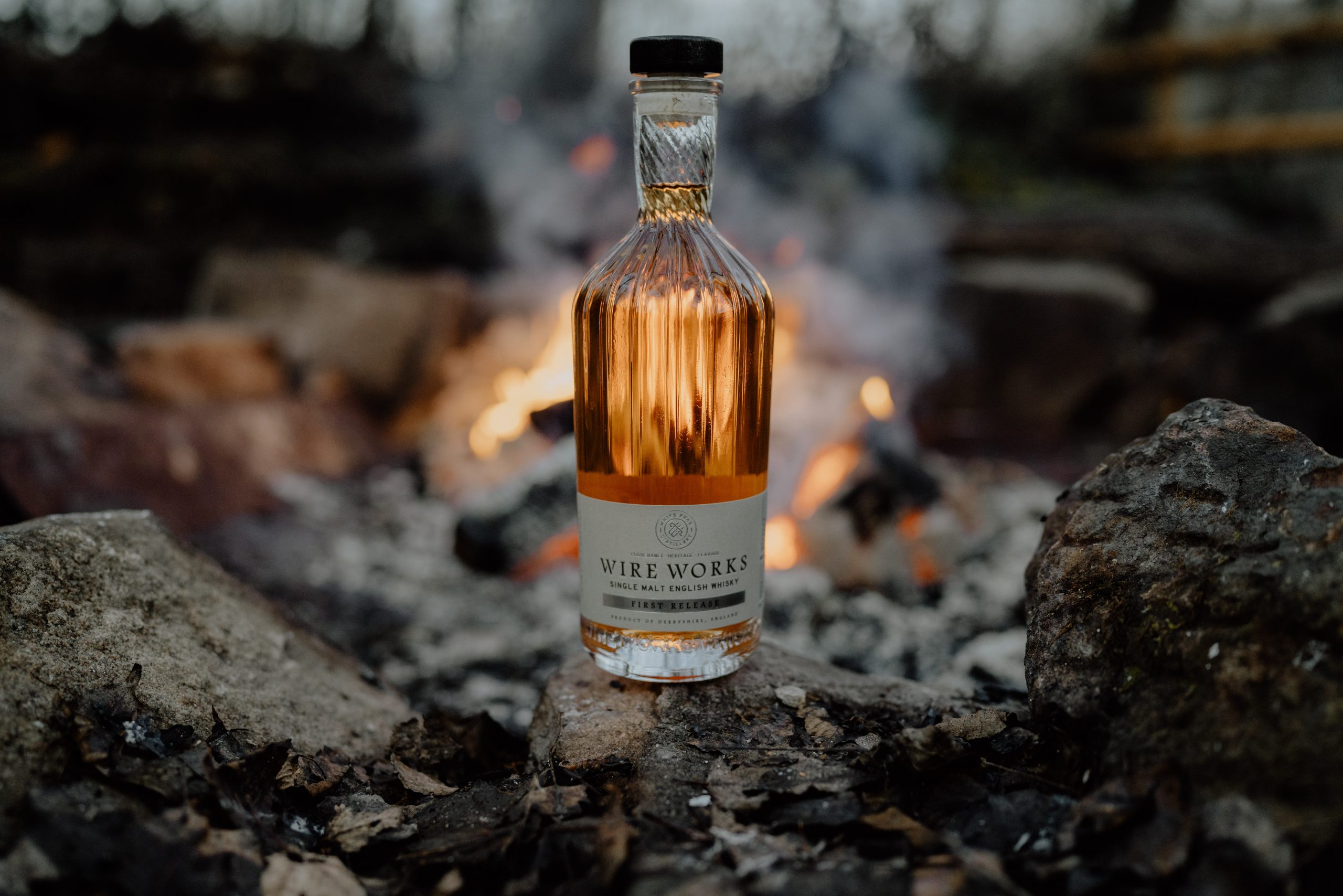 The Distillery, which was founded in 2016 by husband-and-wife team Max & Claire Vaughan – both originally from Derbyshire –  has been built inside the former Johnson & Nephew Wire Works along the banks of the River Derwent. The manufacturer was a byword of quality cables, whose galvanised cables were used in the first cross Channel communication lines, in suspension bridges from the Humber to Niagara and in buildings across 19th century Manhattan.

The distillery itself is sited inside the old cable drawing hall, and was created in collaboration with Musk engineering, while the handmade pot stills were made by Macmillan to the team’s specifications.

“We though carefully and invested heavily in the installation,” Max Vaughan explained during a virtual tour of the distillery and the whisky’s initial tasting last week. “We worked very closely with Musk, working there every day, and thought about the decisions that might impact flavour.”

It is, he says, a very manual distillery, with the pot stills run slowly to help produce the desired flavour profile.

“There are no stop and go button, as we wanted to make it a manual process in order to celebrate the craft of making whisky and make it an interesting place to work in,” he explained.

The dream to build the distillery started 12 years ago, with the work starting on the distillery in 2016. The small team is now releasing its core expression for the first time – a lightly peated English whisky that has lots of fruit and toffee flavours. 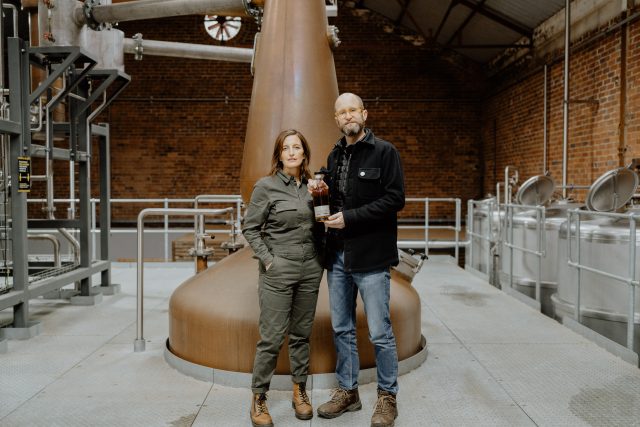 “We spent a year researching different proportions of peated and unpeated barleys to come up with where we’ve landed,” he explains, adding that they weren’t aware that anyone else in the English whisky category was making a lightly peated whisky as a core expression.

The four day fermentation also uses live yeasts sourced from a local Peak District brewery which Vaughan says adds a significant flavour that helps create a spirit with its own, distinct personality.

“We thought early on about what’s going to be different about our Derbyshire whisky and we wanted to add local provenance to it. In a year’s worth of trials, we looked at using spent brewer’s yeast to introduce some interesting flavours that were unique, and that tied in nicely to the idea of creating something from Derbyshire, which has a big brewing heritage.”

The final spirit is then matured in a variety of selected first fill oak casks, including ex-bourbon and STR casks (re-conditioned casks that have been shaved, toasted and re-charred) to produce a complex, fruit-forward, lightly peated spirit with aromas of vanilla, chocolate, orchard fruit and orange peel, roasted malt and toffee on the palate and a strong finish, with moments of café mocha, a hint of peat and liquorice allsorts, the tasting notes say.

Just 5,016 numbered bottles of the whisky are being released, available from 3 February, although more releases are being planned for 2022.