Lockdown measures are back in force in Hong Kong

As the fifth wave of Covid hits Hong Kong due to the spread of Omicron, social distancing measures have again been tightened in the city. Premises, including pubs, bars and nightclubs are being forced to close again. 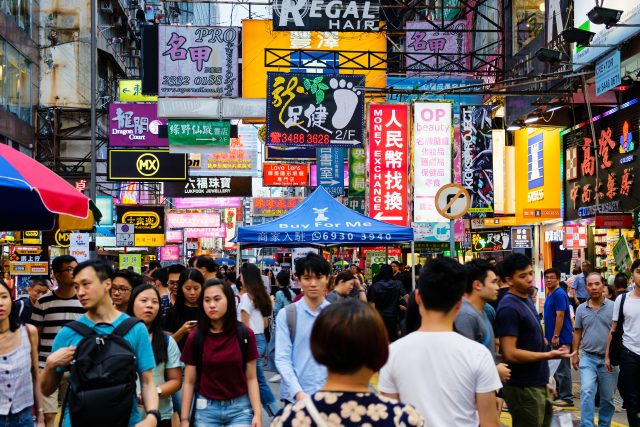 After almost three months of zero local cases, the first untraceable local case of Covid-19 was reported on 4 January 2022 and it swiftly formed transmission chains in Hong Kong.

In response to the situation, chief executive Carrie Lam announced that starting from 7 January 2022, dine-in services are banned from 6pm till 4.59am the next day. Diners per table are capped at two people in type B premises, four people in type C and six people for type D.

The measures remain in effect for 14 days and will be reviewed after this point.

Tommy Cheung Yu-yan, a lawyer representing 16,000 members in the catering industry, said it is expected that the ban will lead to a loss in business for at least HK$4 billion as it kicks in just as Chinese new year approaches.

Many festive gatherings have already been cancelled in restaurants due to the ban. Normally, the annual celebration is a high season for the catering industry, bringing tens of billions of business.

Under the influence of the ban, bars and fining dining restaurants are impacted greatly. To cope with the new regulations, most of the bars which also hold a restaurant license will remain open from lunch till 6pm; while most fine dining establishments have adjusted their operating time by opening up lunch session and “early dinner” from 2-6pm.

Cheung is calling for the government measures to be relaxed in order to provide subsidies for eateries and property owners, and for any plans to increase rent for restaurants to be suspended.

Arrivals from eight countries, namely Australia, Canada, France, India, Pakistan, the Philippines, UK and US, including via transit, have been banned to Hong Kong for two weeks to prevent the rampant spread of the virus.