Five rule-breaking drinks that disappeared in 2021

It’s primarily the alcohol industry that regulates itself in the UK, and we bring you five examples of drinks that have broken the sector’s self-imposed code of conduct in the last year. Regulating alcohol labelling, as well as packaging and promotion in the UK, is the Portman Group, which was founded in 1989, and is currently funded by 15 industry leading companies.

Notably, the association aims to fulfil an “essential self-regulatory role of ensuring the responsible marketing and promotion of alcoholic products to UK consumers”.

To do this, the Portman Group has a code of practice, which outlines the guidelines all alcohol producers must follow when naming, branding and selling alcoholic drinks to ensure that alcohol is marketed in a socially responsible way, only to those aged 18 and over, “and in a way that does not appeal particularly to those who are vulnerable”.

Since it was founded 26 years ago, the code, which is president over by an independent panel, and is now on its sixth edition, has seen more than 170 products be amended or removed from the UK market – an industry-funded process at no cost to the public purse.

Should a product’s branding be deemed irresponsible, then the owner will be asked to remove it from the market, giving them 12 weeks to sell through the remainder of their stock.

With this in mind, we bring you a handful of products that have been taken off the UK shelves for breaking the code’s rules in 2021, along with an explanation as to why their branding was deemed unsuitable or offensive. 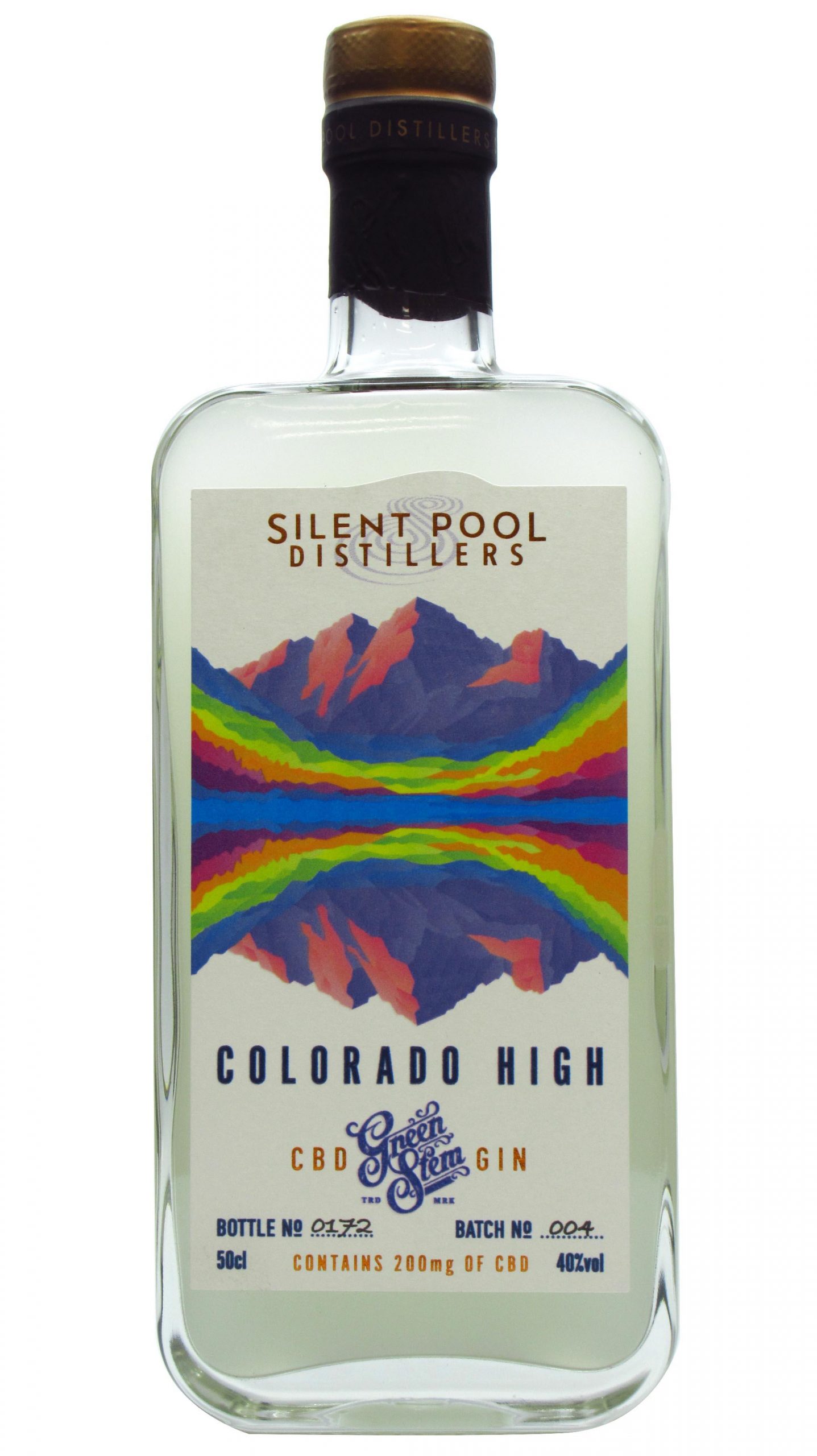 The product comprised a gin mixed with 200mg of CBD oil, and was made by Surrey’s Silent Pool Distillery.

It was decided that Colorado High broke the Portman Group’s code of conduct on 26 November 2020 on the basis that it appeared to be associating an alcoholic product with illicit drugs. As a result of the ruling, the product was removed from the UK market.

“I’ve just come across Silent Pools new CBD gin Colorado High, which is clearly making reference to ‘getting high’ on an alcoholic product! Even the picture on the front looks hallucinogenic.”

Under Code paragraph 3.2(c): A drink, its packaging and any promotional material or activity should not in any direct or indirect way suggest any association with, acceptance of, or allusion to, illicit drugs 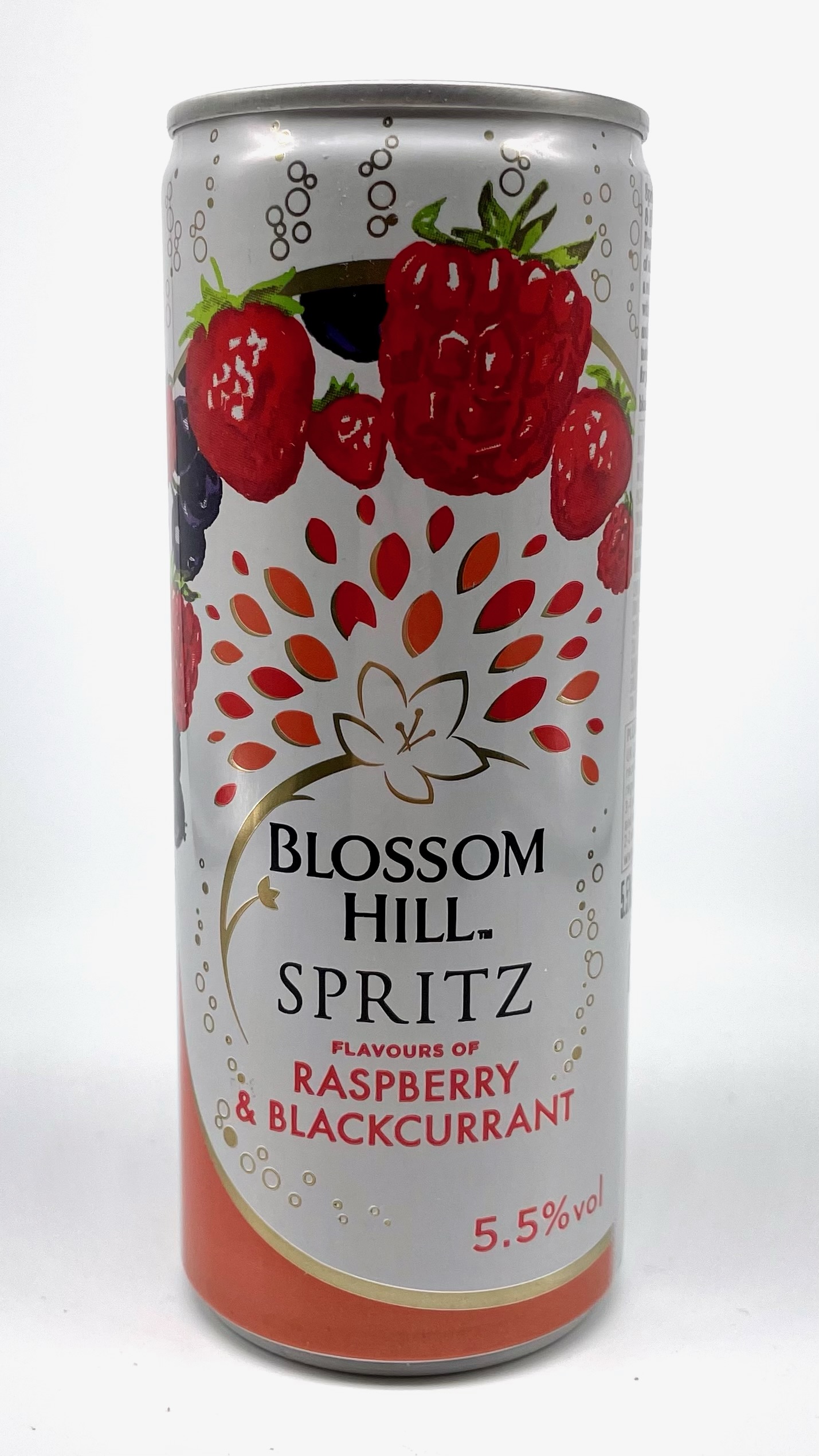 A complaint against Blossom Hill’s first canned spritz was upheld by the Portman Group in April last year because it was deemed that the product did not communicate that it contained alcohol with “absolute clarity”.

As a result, the producer of Blossom Hill Spritz, Treasury Wine Estates, submitted a revised version of the product label to the Portman Group.

‘‘Nowhere on the can does it [Blossom Hill Spritz Raspberry & Blackcurrant] show the list of ingredients. In particular it does not indicate that it contains alcohol.

A friend looked at the can and said it is alcohol free because it only says fruits on the tin.”

Under Code paragraph 3.1: The alcoholic nature of a drink should be communicated on its packaging with absolute clarity. 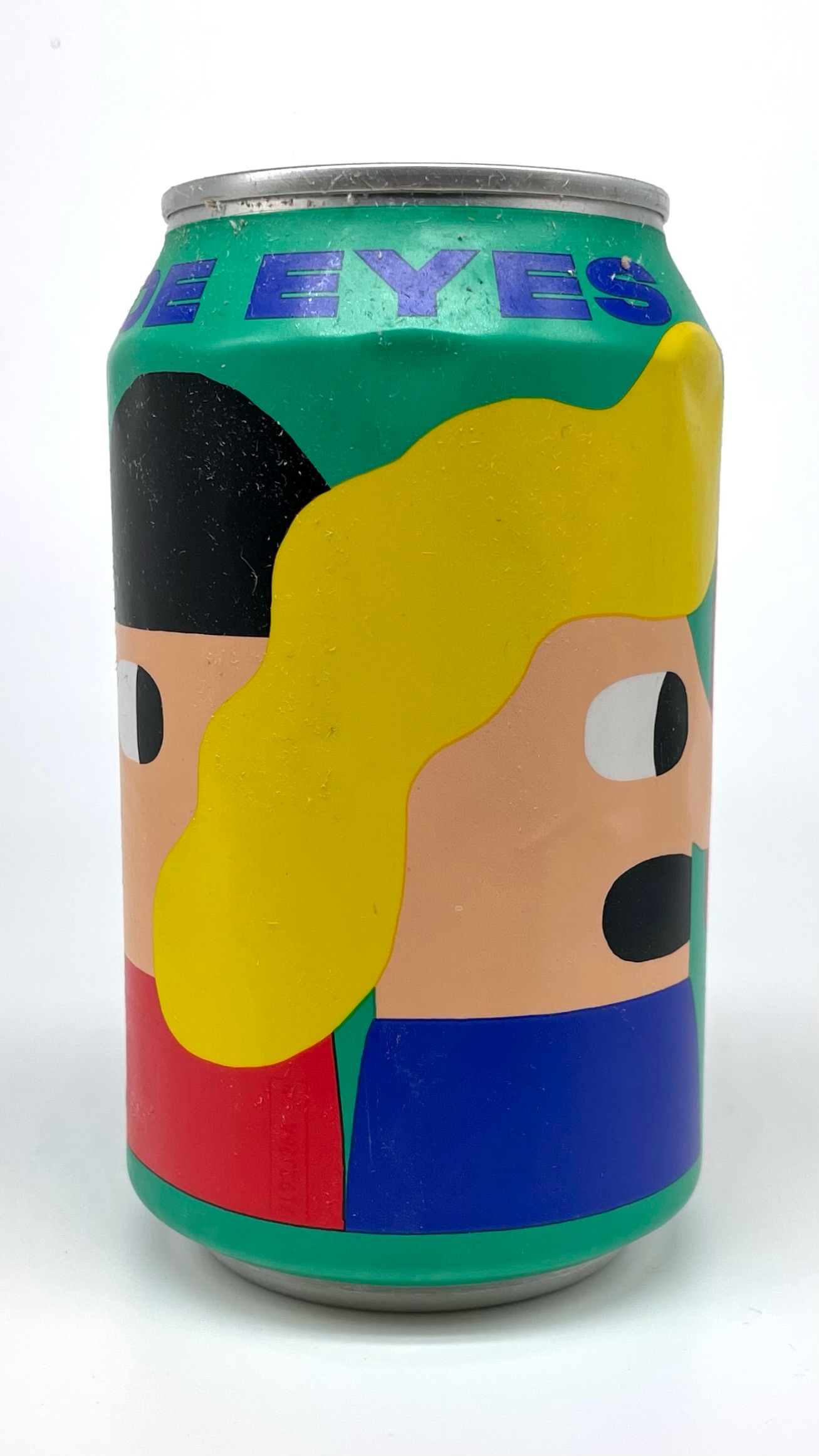 A complaint against Mikkeller’s Side Eyes Pale Ale by the Metropolitan Police was upheld in November last year, and led to a redesign of the beer.

It was felt by the police that the product might have an appeal to under aged drinkers, and the Portman Group’s independent panel upheld the complaint on the basis that they thought that beer’s artwork was cartoon-like and therefore could be deemed childish in appearance.

“We have had the below concerns raised to our department via another Police Officer regarding the labeling (sic) of… Side Eyes… showing cartoon characters. Given that [Side Eyes is] the same size as standard can of coke adds to our concerns around the appeal to under 18s.”

Under Code paragraph 3.2(h): A drink, its packaging or promotion should not have a particular appeal to under-18s (in the case of sponsorship, those under 18 years of age should not comprise more than 25% of the participants, audience or spectators). 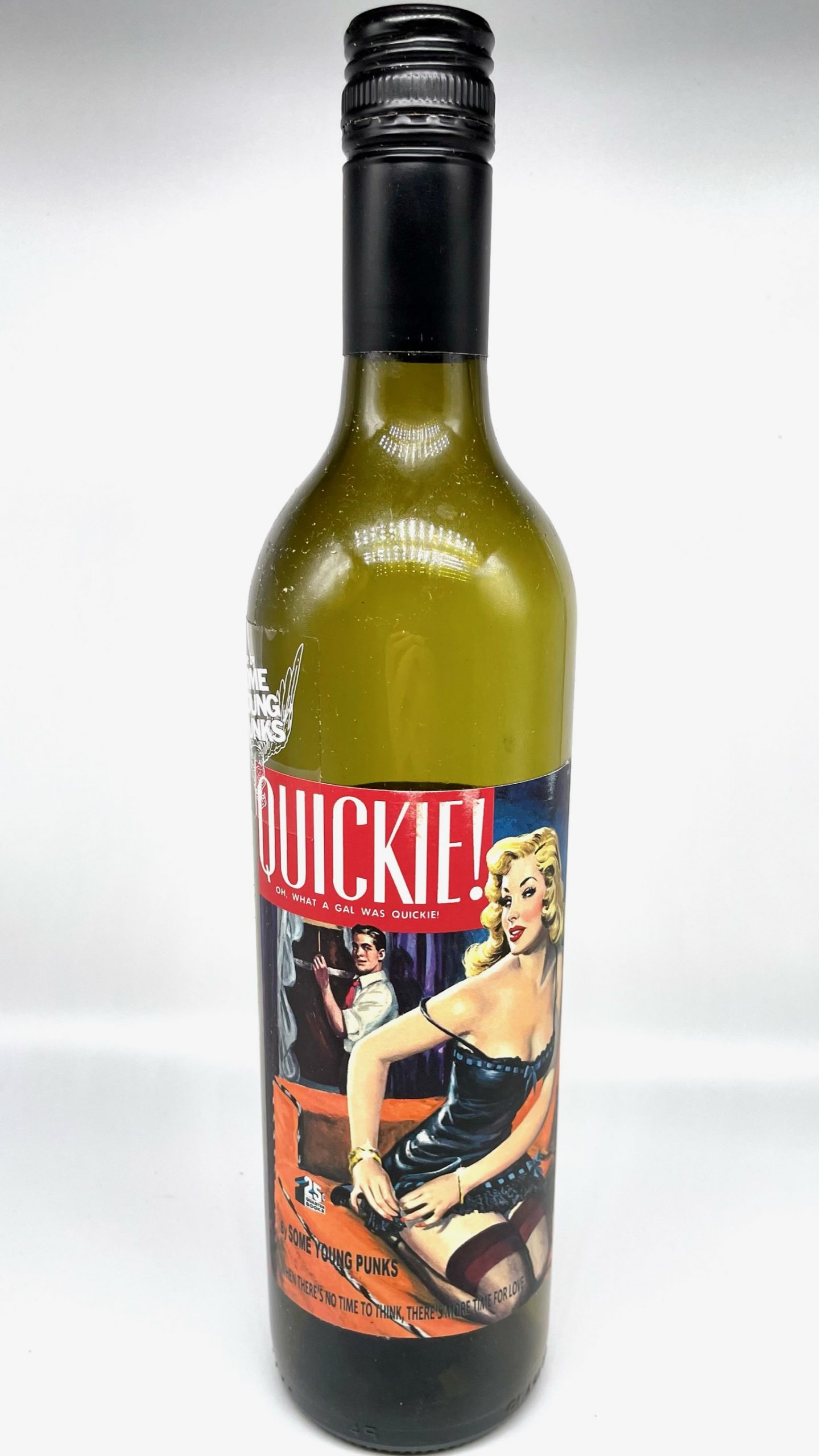 In May last year a complaint against a wine produced by Some Young Punks was upheld. Called Quickie, a complaint was made about the wine to the Portman Group by a member of the public, who felt that the label design was sexist, and the brand name might encourage the consumers to drink the product rapidly.

The panel considered the overall impression conveyed by the wine, including the illustration on the label, the product’s name, and description. They concluded that the cues created a direct link to sexual activity.

They also concluded that the sexualised image of the woman on the label was objectifying and demeaning to women and caused offence based on.

‘‘Quickie by Young Punks, easily found on Google. For sale in Home Bargains stores and from wine merchants. Beer pump clips like this were eliminated some time ago, and just because this is wine, it shouldn’t be any different. This objectifying, sexual branding is outdated and offensive. Also “quickie” could be seen as encouraging fast consumption of the wine”.

Under code paragraph 3.2(D): A drink, its packaging and any promotional material or activity should not in any direct or indirect way suggest any association with sexual activity or sexual success.

Under code paragraph 3.2(G): A drink, its packaging and any promotional material should not in any direct or indirect way urge the consumer to drink rapidly or to ‘down’ a product in one. 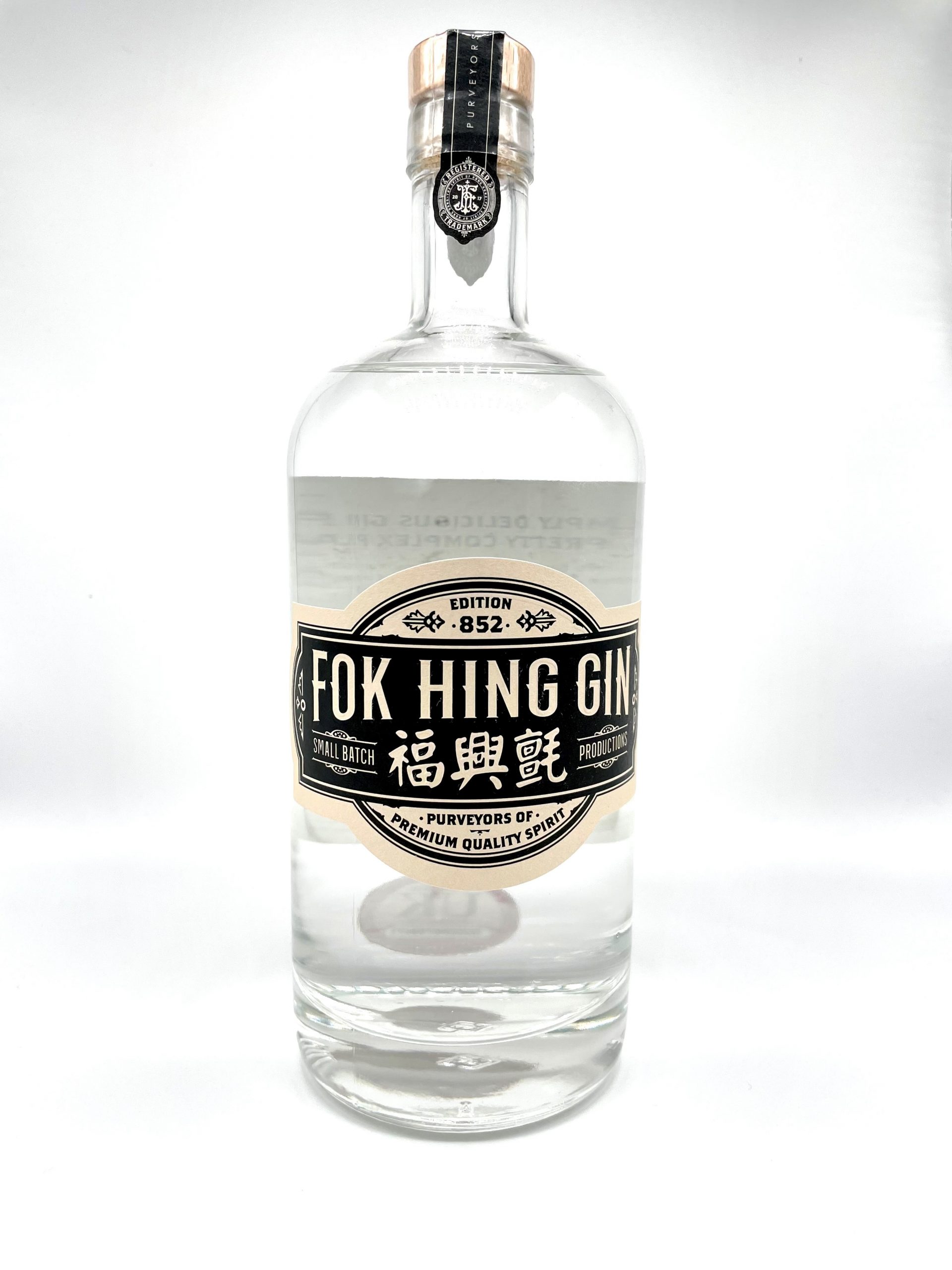 A complaint against Fok Hing Gin for causing serious or widespread offence was upheld in November last year.

The use of marketing terms like ‘Fok Off’ and ‘Fokthehaters’ helped build the case against, despite the claim by the brand owner that it relates to a Hong Kong term for good luck.

While the gin is made in the UK, the company behind the brand – called the Incognito Group – is based in Hong Kong.

The name of the product Fok Hing Gin is clearly intended to shock and be pronounced as an offensive term… despite claims this is a Hong Kong language term meaning good luck – it’s obvious the intention is to shock and offend those who find swearing undesirable and unacceptable.

Personally I wouldn’t want to see this product on family supermarket shelves or being promoted in an environment where children have access – such as most social media sites.

Under Code paragraph 3.3: A drink’s name, its packaging and any promotional material or activity should not cause serious or widespread offence.